That is the Question

Sitting in the darkened, crowded theater, I realized I had made a mistake. Why hadn’t I picked the cutesy cartoon movie about dancing penguins? Why did I choose to resort to emotional cutting? 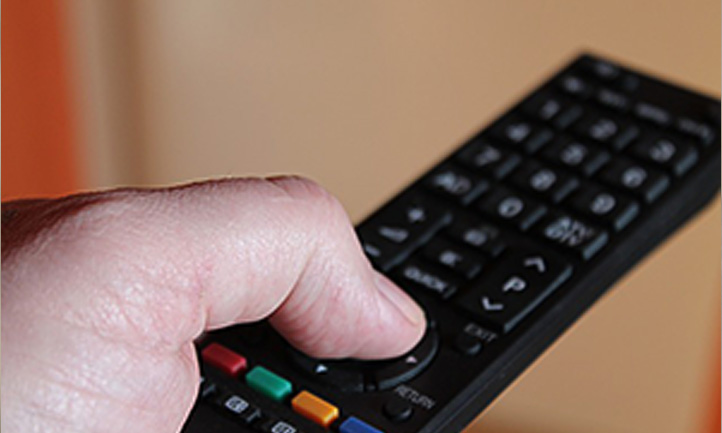 No. I would be fine. But I looked beside me and saw the looks on my family's faces and knew I had made a big mistake. It was just a few short months after Sammy's death on December 14, and we sat in a room filled with strangers who didn't "get it," watching Act of Valor.

The gunshots on screen rang in my ears and tore through my heart-right through that gaping hole left by Sam's death. I sat there and tried to tell myself it was just a story. It wasn't real. But the pressure in my chest told me otherwise.

This wasn't the first time I had tried to bump up the pace of the thawing process. Only this time I had decided to drag my family along for the ride. It's a wonder they didn't get up and walk out on me.

Just weeks after Sam's death, I started in on a project to find every newspaper clipping that had any mention of him. Be it the reprinting of his obituary or the DoD notification of his death, I had to have them all, the New York Times, the Marine Corps Times, the Raleigh News and Observer. A large stack of newspapers still sits in my closet because I can't let go of them yet.

And I found myself scouring YouTube for videos of marines in combat, searching for any darkened silhouette resembling Sam, as fire was returned to the enemy in the night sky. Hearing the men call out, watching them go on patrol-I began having dreams of Sam's death. I've obviously never been to Afghanistan, but in my dreams, I've seen it all.

It hurt tremendously to touch that part of my heart, to force myself into the realness of it all. But I feared that if I didn't look for those hurtful outlets, I wouldn't feel anything. I kept emotionally cutting just to feel something. Anything. I was terrified that if I didn't hurt, I'd forget Sam. Somehow it seemed that his existence wouldn't matter if I wasn't suffering.

After watching Act of Valor with my family, I realized that Sammy's life would always matter. I wouldn't lose the hugs and laughs we shared, the quiet moments of just sitting next to one another, or the lessons he taught me, if I made a conscious effort to remember. I didn't have to hurt myself any longer in order to love and honor my brother.

Then Veterans Day rolled around that first year. It was the day my friend and I had always set aside to perform our ritual initiation into the Christmas movie season. She came to my house to watch our favorite cheesy holiday flick, The Christmas Card.

Unlike the immediate days, weeks, and months of grief, I thought I was in a good place now. I was safe from the pain. And yet, I struggled through the movie, holding back tears.

In the film, a deployed soldier receives a Christmas card from a woman he's never met, through a program at her church. When his battle buddy falls in combat, the main character takes the personal effects to his friend's fiancée, and ends up finding the woman who wrote the Christmas card in the same town.

How could watching such a cheesy movie remind me of Sam? Was it the soldier killed in action with the worst special effects I've ever seen? Or was it that Sam never got the last Christmas card I wrote to him? Or maybe the smiles on the characters' faces as they made gingerbread cookies and sang carols together, all the while knowing my brother wouldn't get to celebrate his favorite holiday ever again?

I never really figured out the answers to those questions. Probably, it was a mixture of them all that brought the painful emotions flooding in. Even now, when the first few bars of Lee Brice's "I Drive Your Truck" or Carrie Underwood's "See You Again" fill my car when I'm in traffic, tears come before I can change the radio to something upbeat.

Our reactions to media can be surprisingly difficult, whether we're a few weeks or several years out from the death of our loved one. But I've learned to be gentle with myself. It helps me personally to take a few minutes alone when I want to watch or listen to something I think may bring on a tough reaction.

I chose to watch Patton by myself recently. I had wanted to watch it since Sam became a major and took a Patton pose photo in front of a large flag. I knew there was a good chance I'd cry, and I was right. In one scene, a hero falls on the battlefield, and General Patton shows sincere care as he is laid to rest. While I cried, I also saw the beautiful tribute to all of our fallen heroes in his act of kindness.

I now take breaks when I watch a military-themed show or movie, when I read a newspaper article that hits a raw spot in my heart, and when I look at the gap in my social media timeline as my whole world stopped in 2011.

And I've learned my limits. I don't walk into the room if I know someone is playing "Call of Duty." I never finished watching the Band of Brothers series. I deleted "If I Die Young" by the Band Perry from my iTunes account, replacing it with a song I heard at a TAPS siblings retreat, Flogging Molly's "If I Ever Leave This World Alive."

As the holidays draw near, bringing with them extra time for watching movies and listening to songs of the season, try these suggestions from the Center for the Study of Traumatic Stress. Always ask yourself if it's necessary to expose yourself to the movie, television show, video game, or song. Most times, it's not. Wait until a film is out of the theater so you can watch it at home where you can pause it, get up and take a break, grab a snack, or talk to others watching along with you. And read up on a film before deciding to watch it. When in doubt, it might be better to wait.

After viewing a film, it's important to be able to talk about your emotions with friends and family. But remember that others may not be in same place in their grief journey as you are. TAPS is available twenty-four hours a day and seven days a week to offer support when you call 800-959-TAPS.

This year, as my friend and I prepare to watch The Christmas Card again, I plan to multitask. I'll be writing Christmas cards to my family and friends while I watch the film. And I think I'll share a special memory of Sammy in each one.

For more tips from the Center for the Study of Traumatic Stress, visit www.cstsonline.org or search for "Powerful Movies, Powerful Memories of War."