We are psychologically tethered to those we love. When they die, we are cut loose from those firm moorings, so we feel adrift, disoriented. When people ask how we are doing, the answer is certain: “We are lost.” 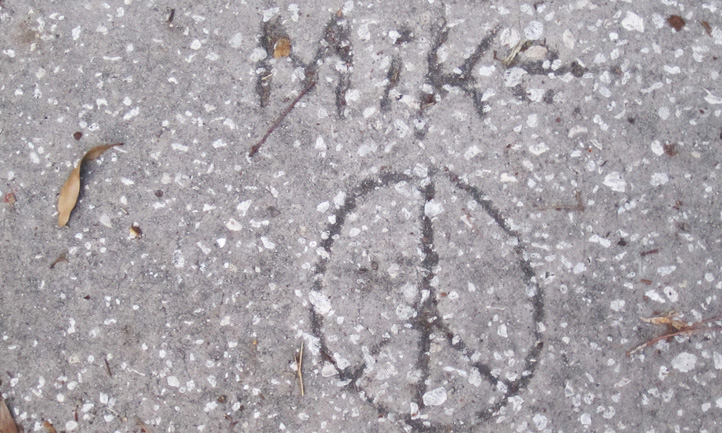 We lost Mike on October 14, 2011. On a mission in Afghanistan, he never saw the IED buried in the dirt that he was crossing. We were notified the next morning. For the previous ten months, I had been on the edge of my seat every time I heard a car door close out front. I would crane my neck to see if it was two soldiers in dress uniform. But on that day, I walked in our front door laden with grocery bags, shocked to see those two dreaded officers waiting expectantly for me inside. It had happened: the worst.

Going through this is hellaciously painful. We had years of invaluable counseling from the Vet Center as well as many caring phone calls from TAPS. In the process, we learned to create new connections through other people and things. Staying in touch with TAPS and the military support system helped us maintain a vicarious connection with our lost soldier. In fact my kids grew so close to our casualty assistance officer that we "adopted" him into our family. I also bonded quickly to the mom whose boy is buried a few spaces down from Mike in Arlington's Section 60; we were, after all, taking the same heartbreaking journey. In grief, we go to great lengths to try to rebuild bridges to the one who left us too soon. These things helped, but we still needed to feel that direct connection to our son.

It may seem morbid, but we just had to know the details about how he died. Deep down, we wanted to ensure that his sacrifice was for something worthwhile. After his unit returned, we spent a long evening with them sharing recollections about Mike. I hung on every word from a woman who had accompanied him on that last mission. Although soldiers are meant to keep a distance between them as they walk, she had joined Mike to borrow some gum, then had stayed with him to chat. Mike was nothing if not sociable, and he would have really enjoyed female company. But after a few minutes, he politely reminded her that it wasn't safe, that she should stay fifty feet behind. She stopped while he went ahead, just moments before the IED went off. He was hit, but she was spared. She tearfully recounted this story while holding her baby in her arms, with her toddler pulling at her leg. I knew in my heart that Mike would never have forgiven himself if it had been her, a young mother, rather than him. It gave us a small measure of peace that we desperately needed.

Mike was the middle child of five, and he felt keenly the importance of family. Our place was home not only to my brood, but we also helped raise a handful of other "stray" kids. The family home was a shelter for youngsters longing for a happy family life. It was the place of raucous laughter and pranks, of family gatherings for celebrations as well as crises. It provided ultimate security. When the kids were grown, I got a new job across the country in Florida. Leaving my husband behind to finish out his job to retirement, and leaving our house without a mother, bothered Mike. Our place was no longer the "family home" he had grown up in, and my tiny run-down rental in Tampa was no replacement. I knew that he missed having a family home that he and his siblings could treat as our refuge.

Getting Mike's life insurance presented new dilemmas. There was an uneasy sense that it was "blood money," that if we spent it, we were profiting from his death. So we simply tucked it away in the bank. During the first year, it collected dust while we were too paralyzed to reach outside ourselves. Once we had survived the first agonizing year, my husband and I finally could talk about the money. We had come to realize that Mike had clearly wanted us to have it, and so would want us to spend it. But on what? Instinctively, we knew it must be used for something that would last and would remind us of him. Over the next few months, it gradually dawned on us that we could use the money to create a new "family home" in Florida. The thought of buying a house that we could make into our family home just seemed right. We would once again have walls filled with photos of camping trips and proms, a yard filled with flowering plants, a stillness broken with a couple active dogs and lots of laughter, and that cozy, homey feeling we craved. "Mike would really like that," my husband acknowledged.

We looked at houses for the next few months, but nothing gave us the sense of peace that we sought. We couldn't find "Mike's house." We finally focused on Temple Terrace, a neighboring community heavily shaded with massive live oaks. As we drove through the winding streets under the canopy, we began to feel deep down comfort. It was only a couple days before we stumbled across the perfect place. There was a profound sense of peace about it, one we had not felt since before losing Mike. We spent two hours walking through and poking around, then contacted the owner and offered her the asking price without quibbling.

Contract in hand, we excitedly called our kids, telling them about finding a house Mike would want, a place for them to "come home" to in Florida. I told them about the add-on closet by the front door where I would store all of their brother's prize possessions, and the empty space next to it where we would display his flag and the cedar chest holding his medals. I told them the place was so peaceful, they would love it. We were building a connection back to Mike by using his insurance money for a family home. For the first time since the worst day of our lives, his father and I were actually happy.

Then the amazing happened.

My husband visited the house regularly while escrow was pending, puttering about, fixing a leaky faucet, or measuring for the fence. A couple weeks after signing the contract, he came home bursting with excitement. Pulling out his camera, he sat me down.

"Let me show you what I found today at the house," he said as he was pulling up the photo on the screen. "This is in the cement in the driveway, just as you pull in off the road." And then the picture materialized. I gasped. Scrawled in what was once wet concrete a decade or more ago was a name: Mike. Next to it was a peace symbol.

This was indeed "Mike's home." We felt so at peace about this whole area, and definitely about this particular spot. Surely he was there in his family home again. We made that connection with him through this house. A few weeks later we finally moved everything in, creating the family home once more.

After putting all of his mementos away, I stood by his medals and flag and simply said, "Welcome home, Son, welcome home."