“Freedom certainly is not free,” said Shaun Smithson, a longtime TAPS volunteer. “TAPS families know this better than anyone.”Years ago, when Shaun was serving in the U.S. Air Force, his appreciation for surviving families led him to join the team of TAPS volunteers. He joined the Air Force in 1998 after graduating early from high school and his first assignment was to the prestigious Air Force Honor Guard at Joint Base Anacostia-Bolling. While stationed there, he had his first experience with TAPS as a Good Grief Camp mentor. 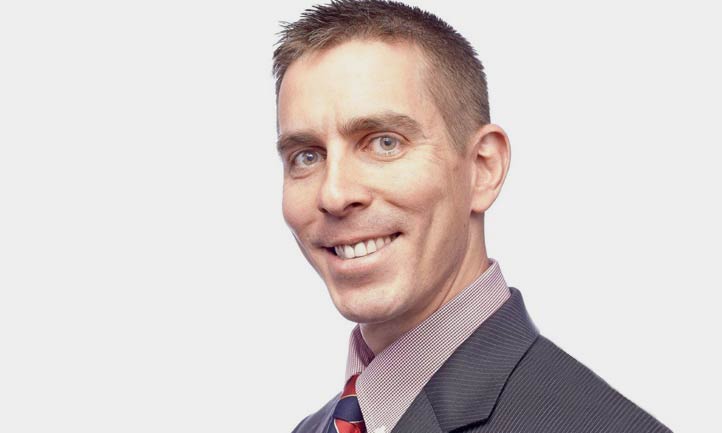 Survivors who have been with TAPS since the early 2000s would probably recognize Shaun, as he's been a strong pillar of support through the years. When he first began volunteering for TAPS, the children involved in the national Good Grief Camp numbered about fifty. Over the years, Shaun has had the opportunity to watch the Good Grief Camp grow to about 500 children. The increased need for mentors and volunteers is what inspires Shaun to devote his time to TAPS.

Shaun received his honorable discharge from the Air Force in 2002, transitioning to civilian life by pursuing a career as a youth pastor. As part of his vocation he regularly led camps with more than 300 children and felt drawn to get more involved with TAPS, the group that had captured his heart during his active-duty days. So Shaun reached out to TAPS, and from there his involvement with the Good Grief Camp blossomed.

In 2008, Shaun became a key support member of the camp's leadership team, helping to coordinate volunteers and staff at the national event. In addition to being involved in all aspects of the planning and logistics, he developed a strong relationship with the companies that provide goods and services to the Good Grief Camp.

In 2009, Shaun orchestrated the first of many Good Grief Camp outdoor lunches. This year, with help from the Yellow Ribbon United group, the lunch event grew exponentially and included appearances by the Washington Redskins, American Girl, and Under Armor, among others.

In 2013, when TAPS forged a relationship with the Israeli Defense Force Widows and Orphans Organization, Shaun was available to cultivate the relationship, volunteering for joint camps both in Washington, D.C. and Israel. He realized quickly that grief knows no cultural bounds.

"Seeing the connection, in spite of the cultural divide among those who have lost loved ones, and seeing their growth, is something that continues to be a motivation," Shaun said. "It's a worthy investment and an honor."

"The stories shared between the children and their mentors become the most significant story for that moment in time," Shaun said. One thing that has impressed Shaun was talking to a young survivor who had difficulty sharing his story with those around him. "With TAPS, I want to talk about it. It's the rest of the world that's hard, because they don't understand."

Shaun's desire to volunteer with TAPS is also about the camaraderie among those involved in the organization, from the staff to the volunteers to the supporters. Working regularly and consistently since 2007 with the Good Grief Camp, Shaun has had the opportunity to be part of a team that, "works well together, each member bringing different gifts and abilities together for the same cause."

As the months and years continue, Shaun sees no end to being part of TAPS, an organization where he can give something back to those who have given so much. For Shaun, his continued service is tied to the knowledge that "there's a child who has not yet found TAPS."

TAPS is grateful to Shaun for his compassion, his time, and his honoring of our loved ones.