"Death leaves a heartache no one can heal; love leaves a memory no one can steal." ~Author Unknown

When I first lost Jon, I didn't know how to let anyone help me. I retreated behind an emotional wall and kept almost everyone in my life at arm's length. The only person I wanted to talk with about how I was feeling was the one person I couldn't talk to ever again. 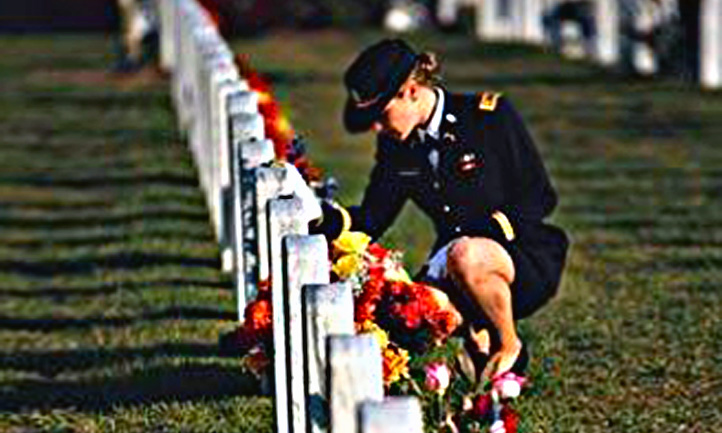 I didn't have the energy to get mad and tell people that nothing they said helped. Their words of comfort sounded stilted, cliché, even insulting to Jon's memory. They may have known or even loved him too, but he was my rock, my future, and that future was gone.

There wasn't anything people could say five years ago to make things better, and there is also little they can say now. But there are some things no one should ever say to a military widow.

These are a few of the big ones »

"You are so young...you'll move on and find someone new."

Okay, when is everyone going to get that I don't want someone new? It's not like getting a new pair of shoes when the old ones wear out! I want my husband. Case closed. And at this point, I speak from experience when I say I have serious doubts that anyone will ever measure up to Jon's caliber. Initially, I was open-minded. I didn't cling to the notion that I'd be a widow forever, and I gave relationships a try. Three relationships, three massive disappointments. So, in light of all that, forgive me if I don't really find this whole "young" and "someone new" thing particularly comforting. I'd rather be alone for the rest of my life than settle for anything less than what Jon and I were lucky enough to share together. I'm young, yes. But I am still deeply in love with my husband and I miss him. Death didn't change that. Uncomfortable though it may be, the grieving doesn't stop when most people think or wish it would.

"You won't always think of yourself as a widow."

Really? Interesting...so how does that work exactly? After X number of years since Jon's death, I’m magically just "single" again versus "widowed"? I understand that our instinct as human beings is to package everything up with a pretty bow and a happy ending. But being a "widow" isn't a sickness. It's not contagious; you can't catch it from me. There's no need to shrink away from the term "widow" just because it sounds scary or because I'm technically categorized by a term that is usually reserved for people 60 years my senior. Being a widow is a hard enough reality without people trying to minimize that title in order to make me—or maybe themselves—feel better. And denying me the credit for struggling through the heartache of losing my husband is actually more hurtful than it is helpful.

"At least you and your ex-husband didn't have kids."

There are so many things wrong with that statement. First of all "ex-husband" is a term reserved for divorce. Jon and I did not get divorced; at no time did we decide to end our relationship or terminate our marriage. In fact, there was no choice whatsoever in what happened, and that's what makes all of this so painstakingly difficult.

And not having kids? We didn't have the chance! It's certainly not because we didn't want them. By a cruel twist of fate, however, those children do not exist and Jon will never know the joys of old age. My widow friends have often told me that they don't know how they'd continue to get up out of bed every morning if it wasn't for their kids. I realize, of course, that raising children without a father is a type of heartbreak in and of itself. But I would literally do just about anything to still have a little piece of Jon here with me today.

"Don't worry, it will be okay; you are so strong! God only gives you as much as you can handle."

Never tell a widow that it's okay. It's never okay. It may be the hand I was dealt in life, but it's not okay that my husband is gone. The fact is that what we can handle is simply unknown until we have no choice but to handle it. Grief is far from a nice, neat, linear process. The people who think I seem to be doing "okay" and say that I'm "strong" are not with me in my worst moments of heartache and loneliness. They only see what I let them see.

When people ask how I'm doing, I know they don't really want to know that I'm feeling really crappy today because I can hear the sound of my husband's contagious laughter in my head but I'll never hear it again in real life. They're not with me here at my house when I'm alone at night and all I have left of Jon are pictures and cards and letters and a wedding video that breaks my heart every time I see my husband smiling and walking around as though he's still right here with me. I especially hate when people tell me that they don't know how I do it and that they could never do it themselves. Well, it's not like I have many options.

"I understand exactly how you feel. I lost my [fill in the blank with a noun other than husband]."

At this point, I think the fact that most people just don't get it is probably pretty well established. But what really upsets me is when people try to reach out and relate in a way that adds insult to injury. My “favorite” is when losing a husband is lumped in the same category as losing a grandparent or an aunt or uncle or cousin or friend—pretty much anyone who doesn't represent a part of your day-to-day life, who doesn't constitute the other half of who you are, and who doesn't share your dreams in the present and hopes for the future.

Even among those of us who have lost our husbands, there are vast differences. We all have our own stories and can't truly understand certain specific aspects of each other's grief. One widow I know was married for almost 20 years with two teenage daughters. Others were like me and thought they still had their whole lives ahead of them. Some women were separated from their husbands and had hopes of reconciling when their husbands returned home from deployment. I have found, however, that our experiences in dealing with the stupid things that people say are relatively uniform across the board.

Those of us who find ourselves in this unfortunate, unwanted position could probably sit and talk for hours about the lack of insight that even the most seemingly intelligent people exhibit at times. My widow friends and I have done just that, and I cherish those moments. It helps to know that you're not so alone and to laugh a little at shared sorrows. I have no doubt there will continue to be many more things people say for us to talk about together in the future.

Uncomfortable as it may be for others, we're here and we're proud beyond words of the men we lost. While we live, they live. And we're not going anywhere. 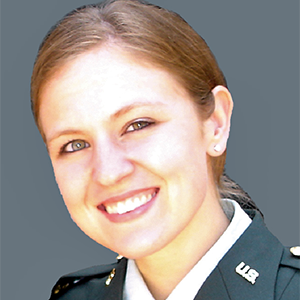