My nightmare began on Wednesday, February 6, 1991, at 8:20 a.m. Denny, our eighteen- year-old son had been diagnosed with mononucleosis two days prior, and the doctor had sent us home with medications and orders to rest. However, something awful happened during the night, and the following morning I discovered he had died in his sleep. There is nothing I know of that compares to the horror and shock that comes to the heart of a parent when they learn of the death of their precious child. 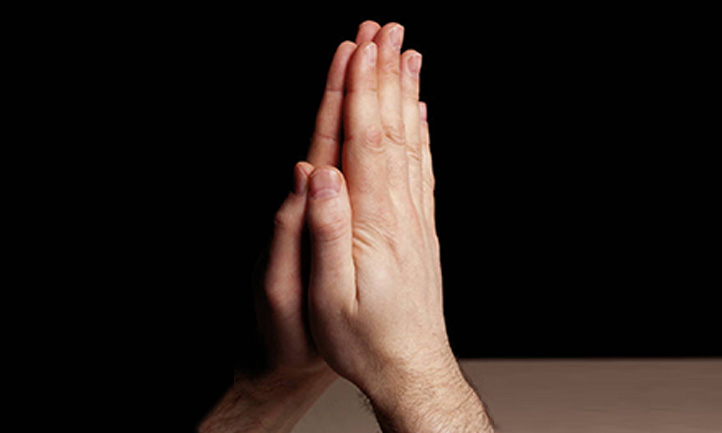 We had knelt by Denny’s bed and prayed for him to get well and to be out of the pain he was experiencing. He was very ill, and our prayers were sincere as we asked God to please help him. We had no idea of what was to come. Soon we would experience what no one wants to have happen, something that would challenge our faith.

I still recall the first words that came screaming out of my throat after I tried (and failed) to resuscitate Denny. “Oh, God! This isn’t supposed to happen to me!” I had been a pastor in a protestant church for many years and, looking back, probably thought I had a “get out of jail free” card, and that I was exempt from tragedies such as this.

The people of our church rallied around our family as my wife Buelah, our son Andrew, and I numbly went through the visitation and funeral. We looked and felt like faceless robots as we staggered through those days, hoping we would wake up from our worst nightmare. Everything changed for the Apple family on that foggy morning in February.

After two weeks, I tried to return to my office and to my normal pastoral duties at the church, but it all felt so different, even fearful. At first, I felt a closeness to God. But within a few weeks, as the initial shock began to wear off, I became aware of my intense anger toward God.

I was surprised at the feelings that came over me when people shared stories of how their guardian angels had spared them from a horrible accident or death. As I listened to their stories, there was a haunting question that surfaced through the fog of my grief: where was Denny’s guardian angel on that fateful night? I said nothing to those who offered such stories, but walked away gritting my teeth and clenching my fists as I silently asked, “Why weren’t our prayers answered?”

I continued to conduct weddings, funerals, and all the other duties of a pastor. I recall several times walking out of a hospital room after praying for a seriously ill member of the congregation and thinking, “I might as well be praying to the Easter Bunny.” In those days, I questioned if there really was a god. My usual spiritual practices were fading fast. I didn’t read any religious or spiritual materials and had no desire to pray. Besides, my concentration was gone, and I was doing well to simply show up. Spiritually, I was running on empty.

At first, I told no one about the angry feelings I had toward God. Then one day I revealed these feelings to my grieving wife. She shared similar thoughts, and yet we felt we could not share this with anyone around here in the church. I’m certain our surviving son, Andrew, felt the same way. I still recall the moment soon after his brother’s death when he said, “When Denny died, I lost my best friend!” I recall thinking, “Where do pastors and their families go, or who do they talk to, when they are mad at God?” I knew of no one in whom I could confide.

It is hard to admit this, but I continued in this state for many years, trudging through those dark days with a heaviness of heart that I thought would never end. There were times when I thought seriously about leaving the ministry. I felt like a small boy again, angry with my parent (God) and threatening to leave home. In my mind, I had my suitcase packed and was headed out the back door. But then I realized there was nowhere for me to go. So with suitcase in hand, I hung out near the back door of my faith.

I was mad at God, but I didn’t know what to do or where to go. I felt caught between trusting in a God I did not understand…and nothingness. Looking back, I call these years my wilderness years. It seemed my wife and I were both in a hot, dry desert with no relief in sight. Or put another way, we felt as though we were on a death march with no destination. We both thought those days would never end and wished we could die. A fatal heart attack would have been welcomed by both of us.

It has been more than twenty-two years now, since our son Denny died, and I have come across hundreds of bereaved people who have confided similar experiences to those my wife and I experienced. I have discovered that my spiritual journey is much like others who have been traumatized by the death of their loved one. While some have reported they felt much closer to God, the vast majority of us feel as though we have been abandoned. And this feeling of abandonment continues much longer than I ever dreamed. For me, it took nearly ten years before God and I were on good speaking terms again.

Looking back, there were two questions that gradually surfaced in my doubt-stricken mind, questions that caused me to re-examine my faith in light of Denny’s death. First, do I believe there is a sovereign God who sees all and is over all? Secondly, am I going to trust this God whom I do not always understand?

I pondered these questions for several years and finally came to the place where I admitted to myself that, yes, I did believe in a sovereign God. Gradually—ever so gradually—I started taking small steps back toward trusting in God once again.

My prayer life is different these days. Before Denny’s death, my prayers were similar to purchasing a soft drink. You placed your coins in the slot, made your selection, pushed the button, and picked up the drink. Simple as one, two, three. These days I approach God with reverence and awe, but also aware that God is more interested in developing my character than He is in giving me what I ask for. I find myself asking for less and saying thank you a lot more at this stage of my journey.

Across the years, I have encouraged bereaved people to be patient with themselves, to allow room for spiritual struggling, and to seek out a friend who will be a good companion—one who will not try to “fix,” but who will patiently bear witness to the struggle. The fog of grief can leave us confused and bewildered. But I have discovered that God is okay with our struggling …until we start to gain faith once again. 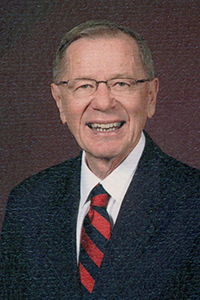 By Dennis Apple, Surviving father of Denny Apple: Dennis L. Apple is on the pastoral staff at College Church of the Nazarene in Olathe, Kansas, where he oversees recovery and support groups among other duties. He is the author of Life After the Death of My Son: What I Am Learning, and his story was featured recently on NPR StoryCorps. He also is a regular workshop leader for The Compassionate Friends (TCF). Dennis and Buelah’s remaining adult son Andrew serves with the Army Reserve Medical Command and recently returned from Afghanistan. You may contact Dennis Apple at firstof1019@gmail.com