Remembering, Celebrating, and Sharing with TAPS

My family attended the 19th Annual TAPS National Military Survivor Seminar last May. It was an inspiring weekend with our fellow travelers in loss. I marvel at how far this river has swept me downstream from where I first fell in, drowning in my grief. How far I’ve gone and how changed I am! 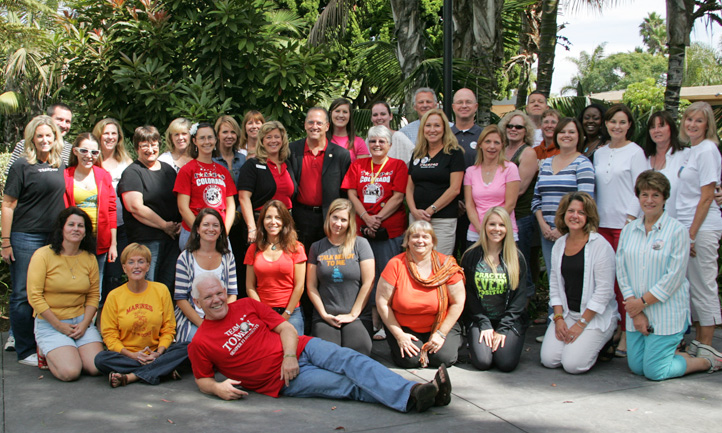 I lost my son, Army First Lieutenant Danny Weiss, on March 4, 2012. I began a free fall that day into a thick fog over dark swirling waters. I could not breathe. I could not see. My son was dead? Impossible! This could not be happening. Not to us...

Impossible to imagine, but there they were in dress blue uniforms at my door. How could that be? Danny was stateside preparing for his 4th deployment. But wait, the 2/75th Ranger Regiment could be anywhere in the world in a matter of hours... What do they want? Was my son hurt?

Then chaos (and my free fall) began as I was told that nine years after Danny enlisted as a 17-year-old, he was dead—killed by suicide. My life’s order was shattered. I fell to my knees and through the floor into my altered life.

Somehow, in the early weeks of my grieving, through clues I could barely see, I found the phone number and called TAPS. It was the first lifeline thrown down to me, slowing my fall. I hung on to it, swinging in the darkness, slowly looking around. I was not alone. Then, another lifeline strapped onto me as Kim Ruocco, Director of TAPS Suicide Postvention Programs, called and administered loving care to my devastated family. Additional calls came to my surviving son, to my wife, and to me, tending to our horrible inner wounds. 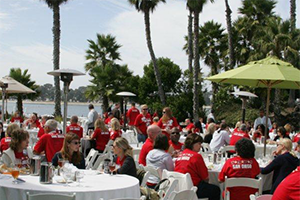 I focused on getting us to the 2012 National Military Suicide Survivor Seminar that fall. It was being held at a place that used to be called Vacation Village, now termed Paradise Point. Our whole family had been there once, many years ago. But those words made absolutely no sense to me now. Vacation? Paradise? Nevertheless, I knew I had to get there, regardless of what the place was called. My wife, my surviving son, and I—we knew.

We suffered, each alone, from the stigma and default prejudices toward Danny’s manner of death. I felt guilt, anger, confusion and much more as I learned that there were two types of gold stars awarded by the military: those given to families of service members killed in combat and those given to families of service members who die in other circumstances. I dangled, swinging still in the darkness, because of my son’s death by suicide.

So we went to San Diego. I went afraid. And arriving there, I found I was surrounded by hundreds of families who had lost a service member to suicide. We were not alone. My mourning and grief were shared.

I began to learn how to grieve from my fellow travelers in grief as we flowed to this spot on Mission Bay. I was swept toward other people, who have since become beacons of light in my life. They began showing me different ways to grieve. I stopped trying to find the old “me” that had died along with my son seven months earlier. I began to remember the love I had for my son and that he had for us. 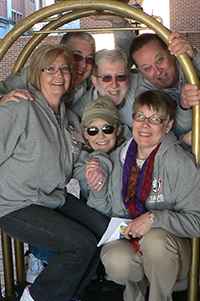 Eleven months after Danny’s death, I began to celebrate his life with people I never imagined I’d meet. My wife and I had decided to sign up for the TAPS Parents Retreat in Savannah, Georgia. We had started climbing towards the new people we were to become. We were ready to share Danny’s story more deeply and in more detail and to learn of other parents’ struggles with grief, depression, and horrible loss.

For the retreat, we prepared our emotional armor, because there would be both types of Gold Star families there. I had learned that conversations at Gold Star events could go like this: “My name is Mama X. My son was killed in action in Iraq. Where was your son killed?” We considered our TAPS experience at the suicide survivor seminar in San Diego and decided it was worth the extra layer of challenge.

At the retreat we were all at different distances from the deaths of our loved ones. Not once were we made to feel that our grief was any different than those families who lost loved ones on battlefields abroad. Never did we feel that the manner of Danny’s death overshadowed his life of service. One dad shared with me that while his son was KIA (killed in action) and mine was KBA (killed by action), we both sure as hell missed our sons horribly. I was not alone, again. Together we shared the journey.

So our decision to attend, for our first time, the 19th Annual TAPS National Military Survivor Seminar was with more strength acquired than I realized. I wanted to go to visit with old friends. I wanted to go to help those just thrown into the raging river of their grief and loss. I wanted to continue to share the journey with my fellow travelers.

In Washington, DC, I was vastly rewarded with hugs every few feet. I could remember my son and others with stories and tears. Once again there was never any judgment, as we celebrated the lives of our sons, our daughters, our spouses, and brothers and sisters. We shared together and celebrated life by listening, by learning, by being among more than 2,000 others!

I shared the journey with new “old” friends who had been plunged into those same dark waters that I remember too well. The opportunity to share those painful early moments, that pain of the early journey, meant so much to me.

I will never forget my son, and I can celebrate his life of service just by being witness to and listening to these other fellow travelers on our shared journey. I can begin to be the lifeline for others.

This event, the 19th in a journey started by Bonnie Carroll out of her grief and kindness, reminded me of how much farther I have yet to go down these raging rivers. TAPS offers me a safe harbor and calm, shared waters. For this, I will be forever grateful.

And now once again, I am focused on getting myself and my family to our second National Military Suicide Survivor Seminar. This time we will gather in the mountains of Colorado where I will have new memories to make on this shared journey, where I can continue to learn about my son and his service to others.

I’ve learned that it is not just for and of my son, but of and for so many others. I have much more to learn. But I now know, thanks to my peers at TAPS, that I can remember the love, celebrate the life, and share the journey. I look forward to more hugs in November.