What motivates someone to volunteer for TAPS year after year? The reasons are different for each individual, but often it all comes back to the people we serve. It’s the number one reason for many of our volunteers. One such volunteer, who has been coming back for 14 years, is Mardee McDaniel: California native, ex-software programmer, and mother of two sons, 18-year-old Matt and 15-year-old Ryan. 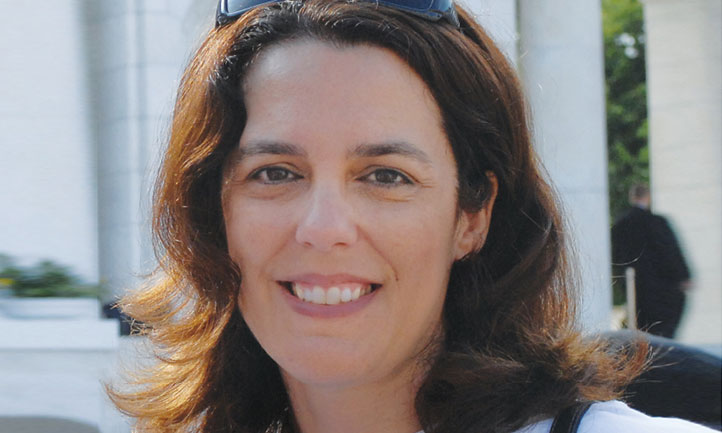 Mardee first came to TAPS in 1999 through a friend who is a TAPS survivor. Although Mardee had no direct association with the military, she became a volunteer that year at the National Military Survivor Seminar in Washington, DC. Like many who care about military family issues, Mardee easily connected with the TAPS mission. However, it was the survivors who left a lasting impression. Mardee felt that TAPS was where she belonged.

“When explaining to people why I go back every year,” she shared, “I always tell them, ‘Once you spend Memorial Day weekend in DC with people who have lost a military loved one, you just can't imagine spending it any other way’.”

By her second year, Mardee found her niche creating the photo buttons that each survivor receives when attending a TAPS event. Seeing how much these small mementos meant to the survivors got her hooked on this task. At that time, the photo buttons were made on site, but it became increasingly difficult as the TAPS family grew. Because of the exponential increase in survivors following September 11, 2001, Mardee was asked what TAPS could do to facilitate the process.

“There is always room for improvement, and that's one of the many things that impresses me about TAPS,” said Mardee. “They are willing to do whatever they need to, to improve the services they provide.”

Mardee’s first suggestion was to find a way to make buttons ahead of time. “That's when TAPS started sending me the necessary equipment and supplies, so I could do them at home in the months preceding the seminar.” Often friends come over to help, and her family pitches in as well. Starting in February, Mardee sets up the equipment so that friends and family can make a few when they have some extra time.

TAPS has taken priority during Memorial Day weekend each year for Mardee, taking her away from her family and responsibilities at home. This year, however, part of “home” came with her to DC in the form of her son Matt.

“As long as my boys can remember,” said Mardee, “I’ve never been around for Memorial Day weekend, which makes it all the more special that Matt joined me this year.”

As a senior in high school this year, Matt was able to miss his last few days of school to volunteer. Among other duties, he helped set up and man the button table at registration, which allowed him to see for himself what the buttons mean to TAPS survivors. It’s important to Mardee that her sons understand why she has spent so many years with TAPS.

“Volunteering for TAPS is my way of saying thank you to the families and honoring the sacrifice their loved ones made serving our country,” Mardee said. She feels privileged to be a part of the TAPS family, and the TAPS family is thankful for the years she has dedicated to serving the families of the fallen.