In Texas, we have really hot summers! Despite the heat, I enjoy the many wonderful things summer has to offer: ice cream, the pool, the beach, my birthday, my parents’ anniversary, and cookouts with family, and the Fourth of July. But I didn’t always find summer so enjoyable. 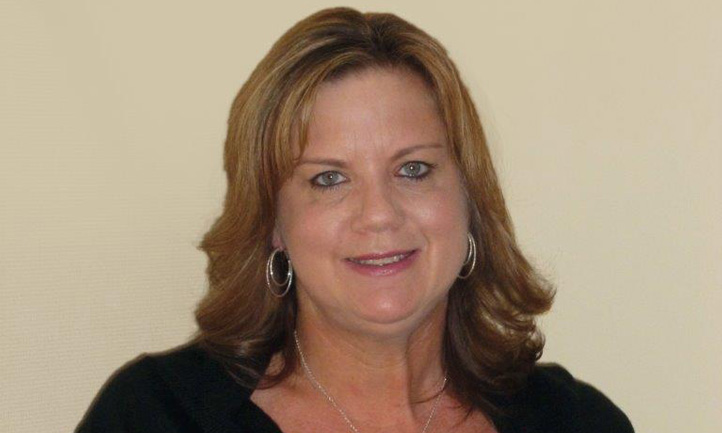 On June 25, 1996, my husband Sergeant Dee "Soup" Campbell was killed in the Khobar Towers terrorist bombing in Saudi Arabia, just twelve days after my 30th birthday and the day before my parents' anniversary. We laid Dee to rest on July 3rd in his hometown of Angleton, Texas. The town asked that the funeral procession take the long way from the church to the cemetery so that they could pay their respects.

It was such a hot day, but it did not stop the local citizens from paying tribute to their fallen hometown hero. They added extra decorations at the courthouse, lined the streets through the entire town, and displayed American flags everywhere. However, the one flag I was concentrated on was the flag in the car in front of me-the flag draped over Dee's casket.

Almost two years later, depression had set in, and I needed to know there was hope. After careful consideration, I decided to attend my first TAPS National Military Survivor Seminar. That weekend, I began to see that there were other young widows like myself, and their words were the same as my own thoughts. It was at that TAPS seminar that I found a new "family" of understanding. About the same time, I began to take up running and was realizing how healing it was for me.

It was through a TAPS event that I met another young widow and discovered we both had running in common. She asked if I would be interested in forming a team and running the Marine Corps Marathon as a fundraiser for TAPS while honoring the memory of our husbands. I was hesitant when I found out a marathon was 26.2 miles, but when I thought about all that TAPS had done for me, I wanted to give back. That year, the TAPS Run and Remember Team was just the two of us, and together we raised $5,000 for TAPS.

Thirteen years later, the TAPS Run and Remember Team runs or walks in events of all distances all across the country. Our team is made up of survivors, battle buddies, and kind-hearted supporters. Many of our runners will ask to be connected with a surviving family and run for their fallen hero. In 2012 alone we had nearly 1,000 runners who participated in events and raised almost half a million dollars for TAPS.

Summers are still hot, but they aren't horrible any more. In fact, the last week of June is when I begin training for whatever fall event I am running for TAPS. Thanks to TAPS, I have learned to celebrate the life of my husband and not be so consumed with his death. That doesn't mean I don't still shed a tear or two and have my "moments." But there is something wonderfully poetic in remembering Dee and his service to our country at the same time we celebrate the birth of our great nation.

With warmth and care,

For more information about the Run and Remember Team, go to www.taps.org/teamtaps.