By the time I had been kissed by the eighth guy in line in front of me, my face carried the scent of a potpourri of aftershave lotions. This was not a typical reunion with family, old friends, or classmates. I hadn’t known any of these graying men, now in their sixties and seventies, until this moment. 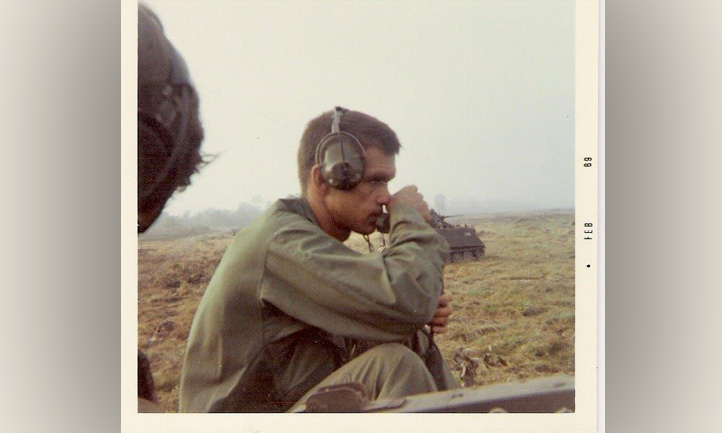 As they hugged me and planted friendly kisses on my cheek or grasped my hands, they gave brief introductions.

"I'm Joe. I carried the code book for the captain."

"I'm Phil. I was his truck driver. I don't know why I wasn't driving for him that day."

"I'm Dick. I was one of his platoon leaders in Alpha Company. So glad you're here. Dave was the best CO ever."

"There are so many stories we have to tell you," each one repeated over and over. "He was the best of the best."

They said they had known about me back in 1968 and '69, even if I didn't know them. My husband, Army Captain David R. Crocker, Jr., carried a picture of me in his pocket in Vietnam. At some point he had shown it to some of them; perhaps some quiet moment when they sat around eating "beanie weenies" from a pack of C-rations or playing card games at base camp. For an infantry company in the area of Chu Chi Province, there wasn't much down time.

In April of 1969, one month before Dave was killed while inspecting a booby-trapped Viet Cong bunker, the unit had endured seventeen straight days of firefights, resulting in many injuries. Some of the guys greeting me at the reunion in 2006 were still in the hospital recovering when they learned of Dave's death on May 17, 1969.

Thirty-eight years later, at a point when I thought memories of Dave existed only with me and our family, I met these wonderful strangers by chance, because they had posted tributes to their beloved company commander on the virtual wall, a replica of the Vietnam Memorial on the internet. When Dave's brother Tom typed his long deceased brother's name, the words of praise came up.  Tom tracked down the authors of the tributes and they invited us to the upcoming reunion of the 22nd Infantry Regiment Society.

Since 2006 I've met these men like family in different parts of the country every eighteen months. These are true reunions for them, many finding each other for the first time after three and four decades, bursting into never before told stories with vivid details. I visited the Vietnam Memorial in Washington, DC for the first time with them in 2008. For me these meetings where I listen to them tell stories into the night rekindle and support my memory of the deep love Dave and I shared for four years; a kind of reunion with him through these unknown heroes who were the last to spend time with him.

They were boys then, in their late teens and early twenties, mostly draftees who never expected to experience jungle warfare, stinging red ants, foot rot, monsoon rains, lack of sleep, burning sun, gunfire, constant fear for their lives, and ultimately the death of their leader-the guy they all believed was trying to save them from disaster. They called him "the old man," even though he was only twenty-five.

After I received notification of Dave's death from an Army colonel and a sergeant bearing a telegram, no first person reports followed. Dave's father, an Army colonel himself, was devastated by the void of information about his son's death. He yearned to know the events surrounding the death and to hear from witnesses. He had served in Vietnam two years before Dave was deployed, and he needed more details. Was it an accident or friendly fire? Why was Dave in that bunker at that moment? He wrote letters to higher command pleading for details, but only secondary reports followed, weeks later.

I was still too numbed by the reality of his death to be able to take in more information. I wanted to know more for the sake of Dave's parents, but initially I had great difficulty comprehending the fact of his death, regardless of the circumstances. At first I thought I needed silence more than information, just to manage my grief.

An earmark of the Vietnam war was the silence that ensued afterwards. Many are still not able to speak about it. It was not until that first reunion in Omaha, Nebraska, 2006 that I heard about the chain of events leading to Dave's death and the emotional aftermath for his comrades. "The men just sat around and cried," said Dick, one of his platoon leaders. "They had to bring in support troops for us."

How I wished that Dave's parents had lived long enough to hear these stories. Fortunately, his two younger brothers and his sister were there in Omaha to hear them with me. His sister spoke for all when she said, "Dave had always been our hero, and to hear these stories about him is like a gift from Heaven. It brings him back. We were so close."

Since connecting with these survivors, many of whom witnessed Dave's death, we've met in Seattle; Atlanta; Washington, DC; and Colorado Springs. Each time, more members of Alpha Company have been located, and the story stick continues to be passed, bringing back my beloved again and again in stories of the intense life they lived together trying to survive war. Deciding to come to a reunion the first time and speak about their experiences is scary, they say. I had a similar sentiment that first time, but they treated me like a much-loved sister. I feel like a princess restored to a lost country. I'm honored to be among them.

There is a knowingness that exists between us at these reunions with these people whom I've never known before.  It is deeper and more palpable, more respectful, than any high school or college reunion I've experienced. Reunion means to reunite and they have united me with the memory of what it was to know my beloved as they knew him-a courageous, caring leader. With their descriptions I can see his smile, his concentration, his frustration, his blue eyes, his form and fitness, his desire to survive and protect and lead these guys out of chaos. I recall his sense of humor and I can almost remember the scent of his skin.

Dave never intended to be left behind in the war, any more than his battle buddies intended to survive him. Soldiers learn to help each other, and the intense bond among those who train and serve together creates a lasting remembrance, a guarantee that our loved ones live on-their faces, smiles, and names going forward forever. Regardless of whether a soldier is lost to war or other circumstances, those who served with and knew him or her hold the treasure of their memory; a priceless gift to be shared with survivors when the opportunity arrives.

My new/old brothers are persistently bringing Dave back and holding him among us with their faithfulness to his memory. There is always an extra plate and place at our banquet table, and I'm already looking forward to the next reunion in 2014.

For information about unit reunions, go to  www.military.com  and click on Unit Finder on the left side under Resources. You might be able to reconnect with your loved one's buddies and comrades. 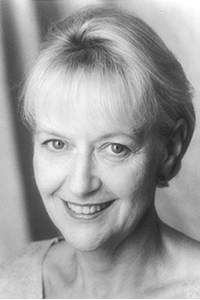 By Ruth W. Crocker, PhD, surviving spouse of CPT David R. Crocker, Jr.: Ruth W. Crocker received a PhD in Nutrition and worked in many aspects of health care including counseling and Nursing Home Administration. A desire to write about her life experiences led her back to school where she earned an MFA in Creative Writing. Her essays have appeared in magazines and literary journals. She recently completed a memoir about her experience with the Vietnam War. She serves on the National Board of the Gold Star Wives and lives and writes in Mystic, CT. Contact her at www.ruthwcrocker.com. .