A Healing Step in the Grief Journey

I recently had the interesting experience of participating in a Tragedy Assistance Program for Survivors (TAPS) online chat on the subject of anger during the course of grief. The participants in the chat were family members of service men and women who died during their term of service. I was invited to join the chat based on my role as a psychologist and the presumption that, because of my training and experience, I would have something to contribute to the conversation. 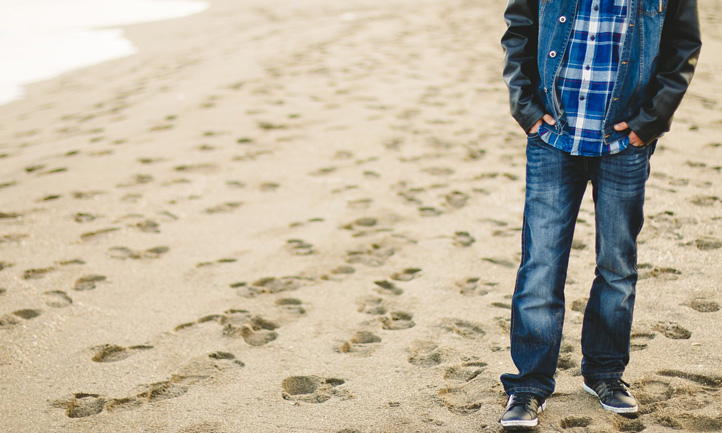 In the course of the chat, numerous questions were posed to me, and I answered them as best I could, given the rapid presentation of questions and remarks. But in the time since I participated in this fast-paced discussion, one question I was asked has stayed with me. I realize that at the time I was asked this question, I gave what I thought was a reasonable answer. The question and my response continued to nag at me, and I realized that my response was too simple.

I thought a lot about this brief exchange in the days after it occurred, and I realized that while my brief answer seemed appropriate at the time, it also was inadequate. I realized that I had more thoughts on the subject that I wished I had presented.

While there are many, many differences between people, we all also have traits and tendencies in common with others. One of the traits that people share is the ability to get angry when something is perceived as frustrating or threatening. As there is nothing that we perceive as more threatening than the circumstances involved with the death of someone we love, people naturally often experience anger as they are trying to come to terms with the death of a loved one.

I consider anger to be an active emotion in that it motivates people to make their environment safer for themselves and for those they love. Sometimes we know exactly what makes us angry; other times, we know we are angry but aren't sure exactly why. Blame arises when we make an attribution of responsibility for our feeling of anger. And the reason that the question I was asked about whether it is normal to be angry at someone associated with a death stayed with me, is because I realized that it made me think about the connection between anger and blame.

Blaming is a coping mechanism. It is a way of indicating where the responsibility lies for the act that caused a person to be angry. Blaming can have positive results, and when it is effective, blame can serve to begin a negotiation that will lead to some kind of recompense or reconciliation. Blame can also initiate a negative cycle of denial of responsibility, counter-blaming, and retribution. This negative cycle is also, unfortunately, a normal part of human behavior for pretty simple reasons. The person who gets blamed for something might also get angry because of feeling threatened by the accusation, and might blame back instead of accepting responsibility. The person who gets blamed might also have a different interpretation of the circumstances, often one that deflects responsibility.

In my work as a psychologist, I often find myself working with people who are stuck in cycles of anger and blame. I sometimes get dismayed at the time and energy I see people expend attempting to get others to take responsibility for what they have been blamed for. I realize that people frequently feel compelled to act this way and that for many people it feels right. I believe this is why we recognize that forgiveness is such a virtue, for if forgiveness were easy, everyone would do it. Forgiveness, I've learned, is not a virtue just because it takes the pressure off the person being blamed, but also because it frees the person doing the forgiving from carrying the ongoing burden of holding others responsible.

Like anger, blaming is a normal human behavior. But just because something is a normal part of human experience doesn't mean that it is always reasonable. Sometimes the cost of pursuing something that is right is too high. After losing a loved one, this balance is often extremely hard to find. It can seem impossible to focus on healing, rather than blaming, when one has lost a loved one, especially a son or daughter.

I encourage people I work with to try to move through their feelings of anger and thoughts of blame by deciding what they want to do about it. Is there something they can do to make things better, or something that can happen to make things right? Often, the answer is that there really is nothing that can happen that will make things right. Other times, there are actions that one can take to harness the motivating energy of anger to try and make changes in the world.

Another way to deal with thoughts of blame is to consider the motives of the person who is being blamed. Was the person who is being held responsible intending to cause harm? If they had known in advance that their acts would cause such harm, would they have done the same thing anyway? This way of thinking about blame is an exercise in perspective taking. When we say time heals all wounds, we acknowledge that through the perspective gained by the passing of time, even the worst pain decreases. Actively working on perspective taking in the present can also help healing occur.

It is important to recognize that anger and blaming are often normal parts of the experience of grief. It is also important to realize that the normal feelings of anger and normal thoughts of blame can lead to either positive or negative outcomes. Anger and blame should not be the final result of grief when a loved one has died; they should be aspects of the process that help lead to the start of healing. I know that this is sometimes a hard perspective to hear when a loss is new. I have also seen that this can be a hard perspective to hear when a loss is not new, when a person feels that all they have left to hold on to is anger and blame.

In retrospect, when I was asked if it is normal to be angry at someone who is held responsible for a death, I wish that I had answered, yes, it is normal-but blaming someone is really just one step in the process that hopefully, in time, will lead to some healing of the pain of the loss.

By Mark Lamers, PhD: Dr. Mark Lamers is a psychologist and the Supervising Clinician for Humboldt County Mental Health in Northern California. As the son of pioneering hospice physician Dr. Bill Lamers, he grew up with the field of grief and bereavement studies. Mark received training with the VA where he formed a commitment to giving back to veterans and their families.