After this article was written, Congress passed bipartisan legislation and presented it to the President on January 1, 2013. Included in the legislation is a provision to establish an Open Burn Pit Registry at the VA. 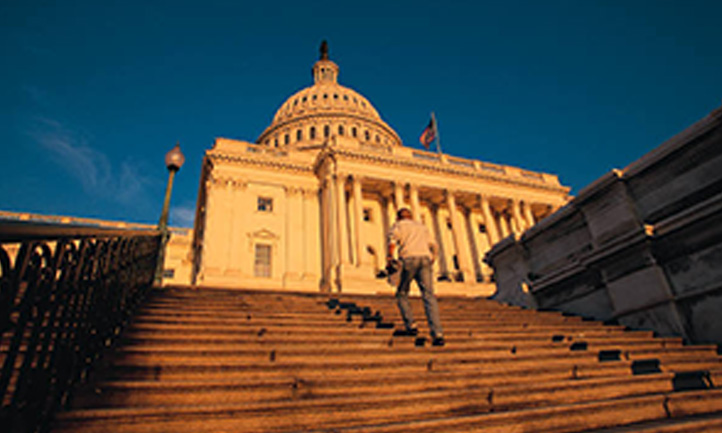 10:45 p.m. The house is quiet; all are sleeping but me. Austin’s been dead for more than three years now. Some things are better. I’m cooking again. We’ve recently moved from our family home of 26 years. I don’t believe I could have done it early on, but it seems like a good move now. It was painful to watch the little boys in our subdivision chase snakes and frogs in the drainage ditch. My boys used to do that, coming in for snacks with sweat on their noses and that special “little boy been playing outside” smell.

I began playing golf again a couple of weeks ago. My heart’s not really in it, but I’ve found the diversion helps keep me from those relentless, haunting thoughts of what might have been, why can’t I change it, and is he really never coming home again. I’m actually going to play bridge again, too, although I won’t be able to remember what cards have been played—you know, the old lack-of-focus and memory-lapse thing. But it will be good to see people again.

I’ve complained that my friends have abandoned me, but perhaps it is I who abandoned my friends. No one can be much of a friend to someone who hides in the house 24/7. How can they befriend me when I don’t answer their phone calls? Why shouldn’t their worlds go on like before?

Slowly but surely I’m rejoining the land of the living. Celebrate the life…celebrate the life—that’s what TAPS is all about, and I do believe it is finally settling into my exhausted, confused mind. I’ve come to understand that my heart will forever be heavy; my gut will hurt on and off forever. But I realize a change has come about. I’m engaging in my life again.

My way of dealing with adversity has always been to take action—find the problem, fix it. When Austin was stationed in Germany and his unit was poised to invade Kosovo, I didn’t let fear paralyze me. I stepped into action and painted every wall and ceiling in my house. When my younger son was deployed to Iraq, I stepped into action and became Key Volunteer Coordinator for his company. When Austin was diagnosed with cancer, I didn’t assume the fetal position and hide. I got on the phone with the University of Texas MD Anderson Cancer Center and helped set up the best treatment available for my son.

And now I realize I have returned to my old coping mechanism. Jump into action, try and fix it, just do something constructive! I’ve become heavily involved with our local Folds of Honor Patriot Shootout Golf Tournament. It’s one of 4,200 events held across the country each year to raise scholarship money for spouses and children of deceased or injured military service members. Education for survivors—constructive action. Yeah! At this year’s pretournament gala, we will award the first annual “Baton Rouge Patriot Shootout SSG William Austin Daniel Memorial Award” to a veteran or active duty military hero for distinguished military and public service. The honoree will receive an original oil painting of a bald eagle by Louisiana artist Tony Bernard, commissioned especially for this award. Action and celebrating the life all at one time—a little of the old me has emerged.

I’ve also become passionate about another cause. After participating in TAPS events and talking with other survivors, I learned a horrifying fact. Austin’s cancer was probably not just a genetic defect. Many of our veterans have returned home to be diagnosed with cancer. I learned that cancer is a leading cause of death among Iraq and Afghanistan veterans. My daughter-in-law was in a seminar with other widows and was appalled to learn that the cause of death of half their loved ones was cancer. Of those, 50% had Hodgkin’s Lymphoma.

I believe I was more angry to learn about the burn pits causing our loved ones to become ill and die needlessly than I have been about Austin’s death. The old Alice jumped into action and began researching. It’s true. There were open-air burn pits, and hundreds of our heroes have become ill breathing these emissions while deployed in the Middle East. I learned that Congressman Todd Akin of Missouri introduced legislation to form a Burn Pit Registry so that our Department of Veterans Affairs (VA) will keep track of our loved ones and their health issues after deployments.

The old Alice is back. I phoned my congressman’s office, offering any help I could possibly provide, including testifying in front of House or Senate committees regarding Austin’s death. Then I sent the following letter to both my Senators urging their support of the legislation:

Dear Senator,
I encourage you to support the Open Burn Pit Registry Act in the Senate. There are thousands of Louisiana residents who have served our country in Iraq and Afghanistan. We are seeing hundreds of deaths due to burn pit related illness. My son SSG William Austin Daniel died on September 7, 2009 from Hodgkin’s disease. He served in Iraq in 2003 – 2004 at Camp Victory, Baghdad, with the 2-156 Infantry Brigade from Louisiana. There were open burn pits at Camp Victory. This is a very serious situation that demands further action immediately.

I've been in touch with a wonderful doctor who has been researching lung problems caused by the burn pits, and we have suggested a plan of action similar to the one used for rescue workers who developed illnesses related to 9/11. We now have a group of four women—two wives, a mom (me) and a sibling—who have weekly phone conferences updating each other on our progress regarding the burn pits. I also now mentor three moms who have lost children to leukemia after deployments.

And finally, there are two objectives I want to pursue: (1) to have survivors visit www.burnpits360.org to register their deceased loved ones and share information about their illnesses (More than 1,000 people have registered on their site so far. TAPS has also accumulated data on more than 1,000 deaths attributed to mysterious illness or cancer.) and (2) to have Congress pass a law requiring the VA to establish a registry as well as an independent study of the Department of Defense’s efforts to collect and track air quality data in forward-deployed areas.

Yes, part of me is gone forever. A part of me died with my precious son. However, there are parts of me beginning to creep back into everyday life despite my resistance. I’m becoming active in the world again, taking up causes, participating in worthy endeavors, even playing games and having fun. I no longer blame my friends for absent friendships. I realize I’ve pushed them away as much or more than they’ve stayed away from me. I am now inviting them back in to my life. Most of all, I’m “celebrating the life” in spite of the pain. Oddly enough, that seems to be the very thing that is easing the pain.