A place of healing and support

Rebecca Morrison is one of two widows TIME Magazine featured in its July cover story on the surge in Army suicides. 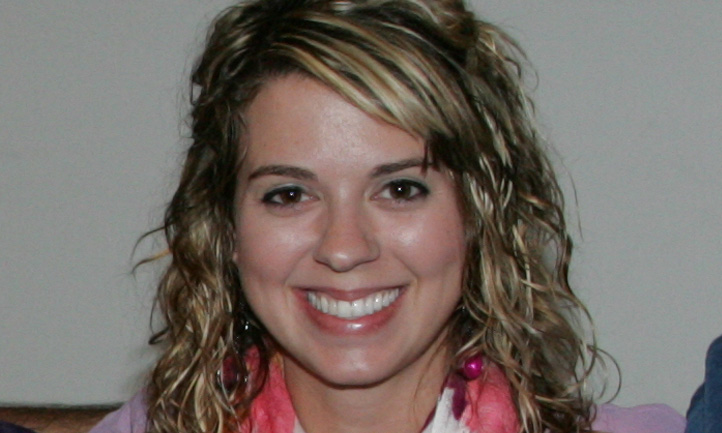 Thursday morning I bounced out of bed early and yelled “Oh my gosh!” I never get up on time and certainly never bounce. But this morning I knew that I would be headed to California for the TAPS seminar. I went to work and taught my lessons, but couldn’t hide my excitement over my pending trip. So at noon Texas time I darn near bolted out of the elementary school and ran home to grab my suitcase.

It may seem strange to have been so excited to be headed to a suicide-survivor seminar, but it felt like going to a family reunion. Once I arrived in San Diego, I grabbed a taxi and headed out to the hotel. Then it hit me. I’ve flown across the country alone, a widow, and no one I know is here yet. I told myself: “You’re strong, you’ve come so far, you can do this; Ian will help you get through this.”

I made it through the hotel check-in. As I was sitting in the hotel golf cart heading to my room and about to answer the “Why am I here?” question, I heard a scream. My fear instantly vanished when I saw the precious face of Petra Patterson, a fellow survivor and panelist from June’s Defense Department/VA Suicide Prevention Conference. She was jumping up and down and yelling at the driver to stop. I jumped from the golf cart (it was still moving!) and ran to hug her. I instantly felt safe and at home. This is what TAPS is all about.

As I type this I am sitting in my hotel room feeling content, comforted, and peaceful. It has been an incredibly painful and terrifying six-month journey getting here, and I struggle daily to understand how to live this life without my Ian. Yet I am still standing, due to the love and support of my God, family, friends, and heroes at TAPS.

My connection with TAPS was made the night before my husband’s unit memorial. I had survived discovering his body, attending his funeral, and burying him. I was feeling like I could not face another service, and was looking for support from someone who “got it.” TAPS’ phone number had been sitting on my nightstand for two weeks. Somehow I felt that if I called them, it would all be real.

Still, I choked back the fear and tears and made the call. TAPS founder Bonnie Carroll answered the phone. I flooded her with my story and she listened, empathized, and reassured me. Then told me about Kim Ruocco. Kim’s husband, also a helicopter pilot, had died by suicide and Kim would want to talk to me. I hung up and awaited Kim’s call.

Then she called. I struggle to put this into words because our connection was so other-worldly.

She listened to my awful story, shared her own story, and promised me that I would survive this. Kim pulled me from a dark and lonely place and inspired me to face another day. That was day one. Six months later she has kept her promise. She has supported me more than I ever imagined, as well as introducing me to other TAPS heroes along the way.

My respect and love for this organization goes beyond words. They are incredible people and true heroes. I feel so blessed to be here for this memorable weekend.

That’s what friends are for

Saturday night was our “family dinner.” TAPS provided us with fried chicken (I was one happy Texan!) and several other comfort foods. We sat with friends both new and old, and everyone had the same precious look on their faces—exhausted yet grateful. I was feeling tired, emotionally stretched, excited, comforted, and thrilled to hear our key note speaker Marine Corps Sergeant Major Brian Battaglia, the senior enlisted adviser to the Chairman of the Joint Chiefs of Staff. In that role, his mission is to keep the nation’s top military officer keenly aware of how the nation’s young men and women in uniform are faring and feeling. It’s a vital job after 11 straight years of war.

I first met Sergeant Major Battaglia in June at the Department of Defense/VA Suicide Prevention Conference. He sat in the front row during our panel of survivors’ stories, and served as a grounding force for me while I poured my heart out. I had no idea who he was, but was compelled to thank him for giving me an encouraging smile when I struggled to grasp words. I soon learned that he played a very important role within our military, specifically working on suicide prevention.

You can imagine my delight when I found out he would be speaking at the TAPS Suicide Survivor Seminar. He encouraged us to continue sharing our stories. He honored our loved ones and affirmed what I, too, believe: they all died heroes. He spoke of the support we all now have in TAPS and of his personal appreciation and awe of such a passionate and precious organization.

Lastly, he addressed the fiercest survivors among us, the children. As a teacher, I was incredibly moved by what came next. Sergeant Major Battaglia invited the children to come to the stage. He told them that they were safe among their new TAPS family, and that they had a new set of friends who would do anything to help them.

Then, he led the group of tiny heroes in song. They sang “That’s What Friends Are For,” and brought the audience to tears. Hearing this giant of the military community sing to those children and promise his support touched me. It opened my eyes to a new kind of military, one that recognizes the problem and is working to solve it.

After I lost my husband, I felt that I had no support within the military, that his death would go unnoticed, and that others would join him. I feared that the only people trying to change the suicide rate among our troops were those on the outside of the military. After tonight, I can testify that this is not true. We have a friend, an ally, and a warrior within the military named Sergeant Major Brian Battaglia.

TAPS constantly works cooperatively with the military to find solutions to frustrating and devastating issues, including, but not limited to, military suicide. That is both powerful and amazing.

I was encouraged and inspired by the night’s events. I want to speak to those who may be feeling like no one cares about the suicide loss of your loved one. I would like to offer you the promise of hope. You have the TAPS community, ably reinforced by Sergeant Major Battaglia and his team, working unrelentingly on behalf of you and your loved one. That’s what I learned Saturday night.

As I type this I am sitting in the San Diego airport preparing to head home to Dallas. The TAPS weekend seminar is over and I am filled with a powerful sense of faith. I am not sure what I was hoping to get from this weekend, but I am aware that above all things, my faith has been strengthened. TAPS helped me to fully believe that there is life for me after Ian's death. I firmly believe that God is guiding me on this journey and that He placed my TAPS family in my life so that I will never feel alone.

I am deeply inspired by the survivors I met this weekend; a family six months out who still manages to find happiness after losing their son and brother, an eight year old girl whose light still shines after the passing of her daddy, the brother who has dedicated his life to building up others after his loss, and the beautiful widow who has found strength to let love into her life again. These people are such blessings and fountains of hope to my soul.

When Ian took his life I felt that he had taken me with him. It seemed that I was drowning in an ocean of grief and would never learn to swim. My grief therapist often points out that I use the metaphor of water when explaining my pain to her. When we started, prior to attending any TAPS events, I told her of my ocean. Slowly I have been learning to float through the sorrow, yet have been struggling to stay above water.

This all changed Sunday. During lunch that last day I decided to do my own self-care and go out on the ocean. I rented a kayak from the hotel dock and took a two hour mental health break. While I was paddling around enjoying the sunshine and time to think, my grief metaphor became tangible. I became aware that I was moving through the water, my grief, with ease. I was able to think about Ian, feel the loss, grieve it, and still notice the beauty of life surrounding me. I realized that TAPS was and is my metaphorical kayak.

They have provided me with a constant source of hope and faith. This past weekend was unimaginably inspiring and for the first time in six awful months I am floating above water. I know that my grief ocean is unpredictable and that I am certain to be tossed and turned by large waves, but I feel safe clinging to my fortified faith. I believe that Ian is cheering me on and that there is a divine purpose for my life; a purpose that Kim and my TAPS family are helping me to faithfully trust and follow.

I cannot fully explain the peace, hope, and faith that now reside within my soul, but I hope others can tell that I was deeply touched by my weekend with TAPS. If your heart is aching after a loss of a loved one in the military and you are feeling broken, please reach out. There is an unending amount of love, faith, support, hope, and family awaiting you with open arms at TAPS.

Surviving this unimaginable loss, as horrible as it has been, is possible and oddly inspiring with the assistance of my precious kayak.

By Rebecca Morrison, surviving spouse of Army Captain Ian Morrison: Rebecca Morrison is one of two widows TIME Magazine featured in its July cover story on the surge in Army suicides.