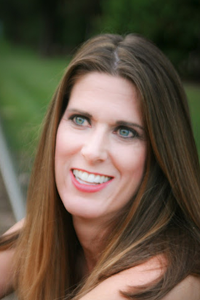 Charlene Miseli is a military spouse, mother, and volunteer who has been helping TAPS for years. She refers to herself as a proud wife, daughter, sister, niece, and granddaughter of a family in which every member is married to, currently serving, or retired active duty. She understands the danger inherent in the military and has a heartfelt compassion for surviving families.

Charlene’s first introduction to TAPS came when the organization provided support for one of her best friends from college whose fiancé was killed in Iraq in January 2004. Her friend was scheduled to be married in June of that year, and TAPS was the only organization that welcomed and supported her. Charlene was thrilled that there was a group for her friend that included all relationships. At the time the Miselis lived in Atlanta and began to support TAPS with workplace giving through the Combined Federal Campaign.

When Charlene moved to the DC area in 2010, she plugged into TAPS by joining the Run and Remember Team. “I decided to run for TAPS in the Army Ten Miler and that’s when I met some of the staff in Washington DC,” said Charlene.

A few weeks later Run and Remember Team Director Marie Campbell asked Charlene if she could assist in getting families of the fallen from the hotel to the starting point for the Marine Corps Marathon. Knowing her way around DC made Charlene the perfect choice. She also took charge of the runners’ belongings and made sure they got them back at the end of the race.

Charlene lived in the DC area for two years and helped with Run and Remember events as well as recruiting other runners and raising money to support TAPS programs. But in February of 2012 she moved to Fort Hood, Texas, when her husband, Lieutenant Colonel Jason A. Miseli, became the commander of 1-7 Cavalry at Fort Hood. Charlene found a replacement volunteer in DC, so that families who attended the race events there would still be well cared for.

Now Charlene volunteers weekly in the TAPS Fort Hood office. It is from this office that all regional seminars are planned.

“Since she moved to Fort Hood she comes in every week,” said Tina Saari, director of Survivor Seminar Programs and Military Installations Support. “Charlene makes the name tags and photo buttons that are sent around the country for all of our seminars and retreats. She has worked our Fort Hood events and when we need her, she works extra hours and recruits friends to come into the office and get the job done.”

Giving a button to a family member and seeing that, for some, the sight of their loved one still takes their breath away is as meaningful to Charlene as watching families working through grief and using it to push them through an actual marathon.

“Knowing that this is an organization making a difference to so many every single day” is what keeps Charlene coming back, as well as understanding that each family member she meets has given so much. “I also love the gals in the Fort Hood office, and I love going in and seeing them each week,” said Charlene.

“Mostly I wish I could convey to the families of TAPS that when I do something like make a button for a seminar, it matters to me,” said Charlene. “Their family matters to me. Their lost loved one matters to me.”