Although she’s not a survivor of a military death, Roseanne Lehman is no stranger to loss and grieving. She’s relatively new to involvement with TAPS, but certainly not a new face to the volunteer scene. And from the looks of it, she’s here to stay for the long haul. A native New Yorker now living in the Metropolitan DC area, she’s found a new sense of purpose and focus with the TAPS family. 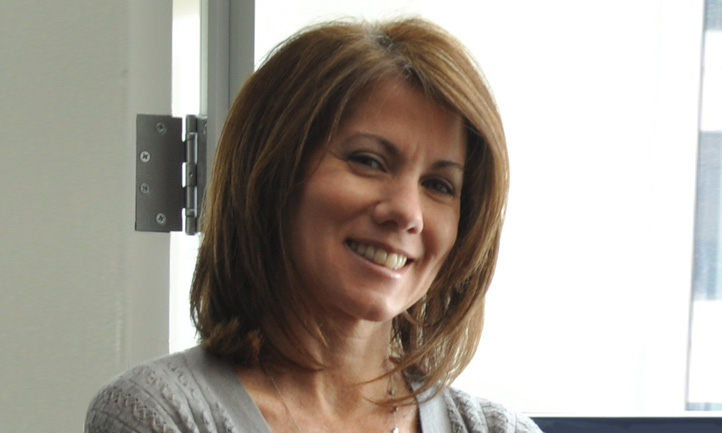 Roseanne was born and raised in Yonkers, New York, and grew up in a large Italian family, having never lived outside of the Tri-state area until meeting her husband. After marriage, her husband’s career took them to Colorado. Although Roseanne spent most of her professional career in the legal field, she stopped working in order to make time to care for her father, a cancer patient. After almost eighteen months in Colorado, her father died, marking this tragic event as her first encounter with grief.

While in Colorado, Roseanne discovered her love for volunteering, mostly because it provided the flexibility she needed for her father while satisfying her urge to help others. Her first experience was with the USO at the Colorado Springs Airport. This was also her initial involvement with the military. Eventually that volunteer job took her to a location on Fort Carson in what is typically known as the single soldier’s lounge where soldiers on post can relax, watch television, use phones, and play pool and video games.

When her husband retired from his job in Colorado, he took a position with DynCorp International, and they relocated to DC. Roseanne wanted to plug herself back into volunteering and it was through her husband and his position at DynCorp that Roseanne found TAPS in 2011.

Roseanne’s first experience with TAPS was working with Zaneta Gileno and Renee Napier, assembling Bereavement Resource Reports for families. As her knowledge of TAPS increased, Roseanne started assembling the survivor care packages for the newly bereaved.

What is so special about Roseanne is that while assembling the packages, she visualizes the person opening it, trying to understand what is going through their mind. “I think about each box I put together and who it’s going to. So I don’t just throw things into a box,” Roseanne says. “I think about when they open it what it will look like to them. I try to place items in a way that they don’t get jostled too much and look like a big mess, because I want them to feel when they open the box, that it was packed by somebody who thought about them and what they’re going through and what they might be feeling.”

Rosanne’s favorite part of volunteering at the TAPS office is seeing the hand-written notes and letters of gratitude that have been affixed to the walls in the break room. To Roseanne, knowing that there is a positive difference being made is what drives her to continue and is what she feels is the most rewarding part of volunteering.

“I just feel that I’ve been so fortunate and blessed in my life, that I want to give back to those in need,” Roseanne said. As for future volunteer opportunities with TAPS, Roseanne said that since her first experience with TAPS, she has been interested in volunteering at the National Military Survivor Seminars held in Washington DC each year over the Memorial Day weekend. “My husband had a great experience [at the TAPS seminar],” she said.

In the short time Roseanne’s been an active volunteer, she’s become a strong pillar of the TAPS family. We thank her for her selfless dedication.