When I first came to TAPS in 2004, I just assumed that somehow the military or the government was paying for the services and resources that were made available to me at the time: the national toll free helpline, the Peer Support Network, a free lifetime subscription to TAPS Magazine, the interactive TAPS website, the online chats, and the national seminar with all its speakers and materials and bus transportation to special events around DC during the seminar. 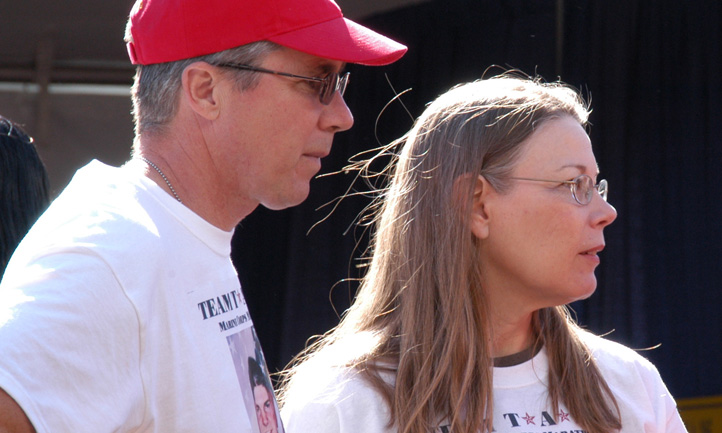 In truth, I felt somewhat entitled at the time. I had just lost my only son in combat in Iraq. Somebody should provide help and support. After all, I knew I wasn’t making it through this one on my own. Because of that entitlement reaction, it wasn’t until months or years later that I could actually consider the concept that TAPS is a nonprofit organization dependent upon the generosity of others who care deeply about our nation’s legacy of service and sacrifice.

Although TAPS is a national Veterans Service Organization, it receives no funding from the federal (or any other) government. Nor does it receive funding from any of the branches of the Armed Forces. Certainly this is explained on the website, but in those first months after Brad died, I was in no condition to appreciate what that meant.

My grief-fogged brain didn’t realize that TAPS had a small but dedicated staff who connected survivors, provided support, answered the phones, planned events, and (in their spare time) sought out grants and funding so that the mission of TAPS could continue. I was not aware that there were also special friends and partners who raised funds through golf tournaments, sales of bracelets, and the occasional bake sale. I just took all the TAPS programs for granted. I didn’t even fully understand the contributions of the TAPS Run and Remember Team, although I had heard of it and seen photographs.

The Run and Remember Team was still in its infancy then, and team director Marie Campbell, whose husband died in the Khobar Towers bombing in 1996, fielded several dozen runners for the Marine Corps Marathon (MCM) each year. “The team was started not only as a way to remember my husband Dee,” Marie said, “but it was also a way for me to give back and say thank you to TAPS for helping me.” Although Marie was a full time schoolteacher in Texas, she volunteered and made time to put the team together, provide inspiration, and connect volunteer runners to surviving families. That was in 2004.

In the intervening years, Marie joined the TAPS staff as the Director of the Run and Remember Team which has grown into a force for healing that provides major fundraising opportunities, not only in the MCM but in any race that is run anywhere in the world. Under Marie’s leadership, the team has grown to include hundreds of runners, families, supporters, and friends running hundreds of races in hundreds of places.

Through the Run and Remember team, TAPS provides an opportunity not only for friends who want to support us, but also for those of us who are surviving family members. It’s a perfect opportunity for any of us to give back to the organization that has helped us through our darkest days and sleepless nights.

And that’s where the winning comes in. TAPS benefits from having team members raise funds throughout the year. Runners benefit from having a meaningful focus to their run and a charity partner to support. Family members benefit by having their loved ones honored. Those survivors who join the team to run or walk also reap all the physical benefits of outdoor exercise, while honoring their child, sibling, spouse, or friend. In addition to all that, the friendships that are formed between runners and surviving families benefit everyone. And that is why I called this article a Win-Win Outcome. Actually, for those who were counting, it is a win-win-win-win-win proposition.

HERE’S HOW IT WORKS

If you would like to have someone run in honor of your loved one, write to Team TAPS at teamtaps@taps.org. TAPS will work with you to connect you to a volunteer runner. The runner will be given a fundraising website and you can collaborate on text that will honor your loved one. Then simply send the fundraising link to your family and friends, allowing them to make a donation in memory of your loved one. When friends and supporters make donations, you will see the thermometer gauge fill in until it reaches 100% of your fundraising goal. During the race, your runner will wear the signature TAPS singlet with a laminated photo of your loved one pinned to the back. If you attend the race, you will be able to meet your runner in addition to communicating with him or her during the entire process.

If you would like to run or walk in memory of your loved one, join the Run and Remember Team today. You will be given a fundraising website as well as training tips and articles. You will set up your website to tell about your loved one, send out the link to friends and family, and then lace up your shoes and start training. On race day, you will wear the signature TAPS singlet with a laminated photo of your loved one pinned to the back. Email the Run and Remember Team staff at run@taps.org. They will be happy to help get you started.