Note: The article by Barb Christie posted here is the abridged version.  Select this Link: You Doin’ Okay? To read the full article.

It was an uncharacteristically beautiful, blue-sky, warm day in Brussels, February 2001, as I surveyed the back yard of our home. Our beloved chocolate Lab, Carrie, was sniffing around the grass, and my Marine husband was attending to household tasks. 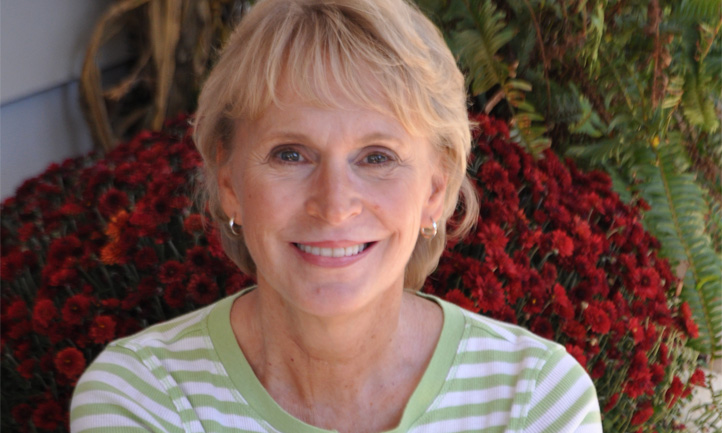 I was the luckiest woman in the world—our sons were both out of college and gainfully employed, we were “livin’ the dream” in the middle of Europe, and I was convinced I had absolutely the most loving and attentive husband in the world! Yet a wave of foreboding swept over me, and tears began to run down my face. I was afraid, and I didn’t know why.

Within the next four months, my husband’s step-father died, my work-out buddy at the gym was murdered, our niece’s fiancé was killed in a motorcycle accident, my father passed away; and on top of everything else, Rick’s constant companion, our Carrie, was diagnosed with cancer and also died. We couldn’t seem to catch a break.

That fall, Rick experienced a series of aggravating minor health issues. By early spring, we were making frequent trips to Landstuhl Army Hospital trying to get all his inconvenient little maladies sorted out. Following an all-day exhaustive battery of tests, however, we got the call: “You have a mass in your abdomen. I’m sorry, but it has all the earmarks of being malignant.”

The words hit us like a snow shovel across our faces. Rick was stoic, calm, and in control. I disintegrated. All night I alternated between clutching him and throwing up, afraid to sleep, unwilling to miss a single precious minute with him. How many more would there be?

We had suddenly been thrown into an overwhelming, all-encompassing, and terrifying Great Unknown. The world was upside down, but Rick took me by the shoulders and firmly declared, “Three rules! We’ll cross no bridge before we come to it; we’ll make all decisions together; and we’re going to beat this thing! Understand?”

April 19th: “Last night, Rick was diagnosed with cancer…” I wrote in an email to our friends and family. It would be the first of many such emails.

Two days later, we arrived at Bethesda Naval Hospital—dirty dishes left in the sink, no time to say good-bye to anyone, our worldly possessions left behind for friends to pack up and ship.

After weeks of tests, we finally had a label and a plan. Rick had adrenal cortical cancer—a cancer that strikes only one in two million, carrying with it an average life expectancy of two months. The combination of symptoms he’d been experiencing over the previous eight months pointed directly to this diagnosis, if only someone had put it all together. The plan was to attack it surgically the following week, and we moved to Walter Reed Hospital.

May 14th: “Rick is in stable condition after 14 hours of surgery and 50 units of blood. The tumor was described as roughly the size of a basketball…”

Hospitals, surgeries, pain, prayerful hope, and demoralizing disappointment dominated our lives over the next seven months. Cancer cells made their way throughout his body in an unrelenting march, growing new tumors in his lungs, spine, and blood vessels. Each time he survived another major surgery (six, in all) or acute, life-threatening crisis (four), hopes soared! Yet, if there was as little as a one percent risk of something going wrong, it did. Throughout it all, Rick retained his unique sense of humor—and my mass update emails to friends reflected his optimism.

In early fall, Rick had been transferred to Mount Sinai Hospital in New York under the care of a world-renowned neurologic oncologist. It was here he underwent his last three surgeries. We’d hoped to be home in time for Christmas, but his wounds refused to heal. Despite it all, at some point each day, Rick would ask, “You doin’ okay?”

In mid-January, Rick’s doctors called me into a small conference room. They had done all they could do for my soul mate. It was time to go home. We bid a tearful good-bye and headed south. As the day wore on, I sensed something was wrong, but we waited until arriving at Walter Reed (where I needed to drop off medical records) for him to get out and stretch inside the warm hospital.

A passing doctor insisted that Rick go to the ER and get his vitals checked. Really? We were only 45 minutes from home! But Rick complied, and all was not well. They were adamant that he spend the night. As night crept into early morning, a sudden flurry of activity erupted around Rick’s bed. I could barely see him for all the medical personnel. One doctor was straddling his body, rhythmically pounding on his chest, and imploring, “Colonel! Can you hear me? Come on, now, stay with us!” How could this be? We were almost home! I experienced tunnel vision as my peripheral field narrowed.

Miraculously, Rick’s heart began beating, and he took a breath. Moved to CCU, he was in and out of consciousness over the next ten days. Two very special Marine Corps generals came to his bedside, pinned two medals on his hospital gown, and retired him from active duty. It’s referred to as “medical retirement, death imminent.” But he was aware of none of it.

February 5th: “Today, we finally made it back to our quarters in Quantico…but under hospice care. We have a hospital room set up in an airy corner of our quarters…”

I stayed with Rick 24 hours a day, except to shower and change clothes. Each time he came around or awoke from a nap, he’d ask me, “You doin’ okay?”

On February 20th, he’d been out of it all day until Quantico’s commanding general stopped by to see him, Rick sat up ramrod straight in the bed and, to our amazement, clearly said, “Good evening, General.” A Marine to the end…

It was ten months, to the day, from the first time we walked into Bethesda Naval Hospital. I remember looking into the mirror and thinking, “So this is what a widow looks like . . .”

How could this possibly have happened? Each time over the past ten months, when the thought of Rick not making it dared to enter my mind, I had pushed it back. No! Not possible! Not only could I not bear the thought of losing him, but more importantly, I never wanted him to think I’d given up—not for a nanosecond.

At one point, Rick had said to me, “If this doesn’t turn out the way we want it to, I want you to be happy.” My answer to him was, “I’ll be just as happy as you would be if the situation were reversed.” I’d made my point, and neither one of us ever broached the subject again.

In the end, it was the survivor’s guilt I found most difficult to deal with. Why Rick? Why not me? He had so much to offer: the family needed him, the Marine Corps needed him, his country needed him. Sometimes, the reasons are not ours to know in this life.

I’m sure I was told about TAPS in those early days but it took several years before I came across the brochure and decided to give the national seminar a look-see. What a contrast to the community grief groups I had tried, none of which I’d found helpful. TAPS was exactly what I needed, and I credit the organization with giving me a significant boost in effectively dealing with my “new normal.”

Loss through cancer presents its own brand of pain. Sometimes it’s quick; sometimes it’s prolonged; every time it rips your heart out while taunting you with hope; and never is it a warrior’s death—not in the traditional sense, anyway.

But it is the way Rick lived his life and faced his illness—with unending faith, optimism, humor, dignity, and even professionalism—that I carry with me. Every day I try to live my life in a manner worthy of the love of this exceptional human being. And that’s really what binds all of us military survivors together, isn’t it?