Walking Among the Familiar

You don’t know me, but you knew my father when you both served in Europe during World War II. My mother has told me how she hears from you at Christmastime and you always speak fondly of Dad and your days together as soldiers. My father was a great man; gracious, patient and most importantly a hero. Of course he never saw himself this way, but I certainly did. He taught me by his actions, more than words, how to stand for the right things in life—honor, service, and love of country. I came to learn what those words mean more than I ever could have imagined when I was in Afghanistan and more recently in Iraq as an advisor to the Third Infantry Division, Rock of the Marne, Hooah! 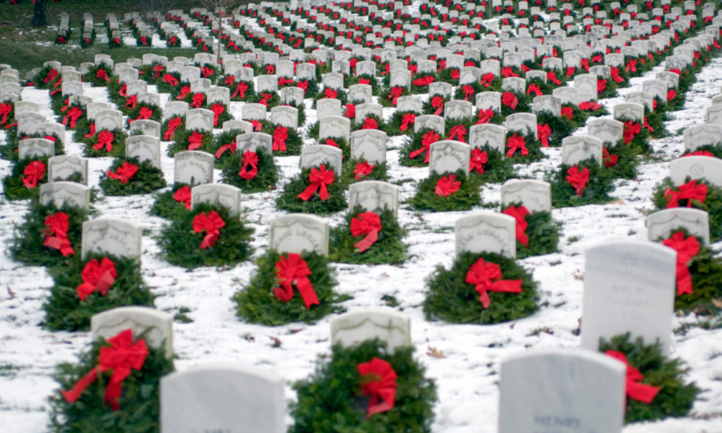 As I read through the letter I had drafted to my father’s Army buddy, I began to think about what it means to be a hero. My thoughts drifted back to an overcast December day a few years earlier when gray clouds gathered and the weather was uncertain. A storm was brewing and you could smell it in the crisp air.

I had come to Arlington Cemetery that day to help place holiday wreaths at headstones. I felt tremendous pride to take part in the Wreaths Across America program that places holiday wreaths at Arlington, as well as other military cemeteries across our nation. I anxiously waited in line to receive my wreath and noted the pride and reverence on the faces of those around me. The respectful excitement was contagious.

Finally, with my single wreath in hand and a mission in my heart, I began to make my way solemnly through a sea of white marble headstones. A wispy fog hung heavy in the air with every breath I exhaled, and suddenly I became aware of the sounds around me. I had walked far enough from the crowd to be alone with my task and the experience. As I walked among rows and rows of the fallen, listening to my own steady breathing, I was struck by the deep sacrifice they all had made and I considered it an honor to be there. There were soldiers of low rank and officers of the highest. Their headstones stood tall and proud and reflected the meticulous care for which Arlington National Cemetery is known.

My intention that day had been to find the headstone of a fallen World War II veteran in order to honor my now-deceased father who had served in WW II as a young Army private. I felt my father’s approving eyes watching over me and it warmed me in the chill. As I walked through groves of hardwood, heavy branches gently welcomed me, and I listened to the wind in the trees. Dry brittle oak leaves rustled overhead and murmured their own long-standing dirge for the heroes buried below. In the distance, crows called out and suddenly I felt the chill of the harsh wind cut through me. It was an unusually bitter day for December, and an ice storm was imminent. I prayed I could complete my task before the first pellets would fall.

Lost in thought, I had wandered far from the main areas busy with others laying wreaths, and found myself in a more remote part of the cemetery. My feet were numb and my legs chilled through my jeans, but that was little sacrifice compared to that made by those whose names I read as I walked along.

Just then, the bells of the Netherlands Carillon struck. Startled, I turned to hear the chimes count out the hour. Time, I thought to myself, what is time to those who lie here? It already has passed them by and has no real meaning to the heroes who sleep beneath this hallowed earth. The carillon completed its duty and I stood enjoying the sound of the bells as it drifted and faded through massive, ageless trees. It felt as if time had personified itself in the drifting sound of the bells and now walked a solemn vigil through this place of no time.

I renewed my search and thought it best to try a path to my right as I started to see dates reflecting my father’s WW II contemporaries. As I walked toward a section with possibilities for my day’s intention, I stopped in my tracks.

A headstone near one of the roads to the left suddenly caught my eye and diverted my attention. I saw that there were no flowers and wondered if it was because there was no family near enough to visit. I read the name, his unit and location, and the date he died. I knew this was the one. My wreath would find a place, and I knew Papa wouldn’t mind.

This young man, barely past 20, had fallen within the first week of the assault to take Baghdad. I knew his type because he was like those I had served alongside: young and brave, hardly old enough to vote or buy a beer. But they were always eager and willing to do what it took to get the job done. I flashed back to my own time in Iraq, lying in a bunk and listening to incoming rockets and helicopters overhead, wondering if I would make it home in one piece. I had, but this brave warrior had not.

Now, as I knelt in front of the headstone with a name I didn’t know, the damp, fragrant earth soaked into my knees and I realized that although we had never met, I recognized in him and every other soldier like him, that same level of honor and service my father had modeled. This young man was an Army soldier like my father who at 21 had served as a communications technician in France in 1944. Also like my father, this young man was my hero.

I propped the wreath tenderly against the white marble as hot tears began to streak my cheeks. They were the kind of tears that come from deep inside your soul when emotion lies too near the surface. My memories of Iraq, the loss of my beloved father, and the awesome and humbling experience known as Arlington; it was all so fresh. I pressed two fingers to my lips and then touched the engraved name of this stranger. I slowly stood, saluted silently in my mind, and whispered, “Rest easy, brave soldier. Welcome home.”

The first pellets of ice began to clink softly against the headstones, sounding out a rhythmic urging that prompted me to realize it was time to go.

The bittersweet memory of that icy December day warmed my cheeks as my thoughts returned to the letter I was drafting. I ended my letter with an expression of gratitude to my father’s unit buddy, a stranger to me—but then, was he?

I had walked among the familiar, his comrades-in-arms, Arlington’s champions of valor. As my pen finalized its mission, I told him how grateful I was that he had served, had been my father’s friend, and had made sacrifices that I would never know. And, if he would forgive my familiarity, I would also like to say, You too, are my hero. 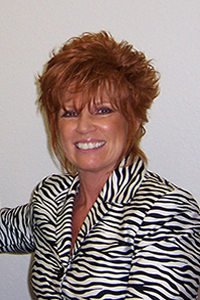 By Pamela Henne: Pamela Henne is the surviving daughter of World War II Veteran, Private First Class Glenn R Barrall. She served in Iraq and Afghanistan as a private sector advisor in 2004 and 2005 and currently lives in the Washington, DC area. Ms. Henne is an independent writer of historical fiction, mystery, and humor. For more information about the Wreaths Across America program that Ms. Henne described, please visit their website at: www.WreathsAcrossAmerica.org.