“Running for TAPS was a tremendously rewarding experience for me. The chance to honor Captain Doug DiCenzo and his surviving family was an incredible privilege and responsibility. I was so inspired by what I experienced being a part of TAPS that I knew after I crossed the finish line I would have to do everything I could to expand Team Long Gray Line for 2011.” ~ Taylor Mosera, West Point cadet and Team Long Gray Line 2010 coordinator 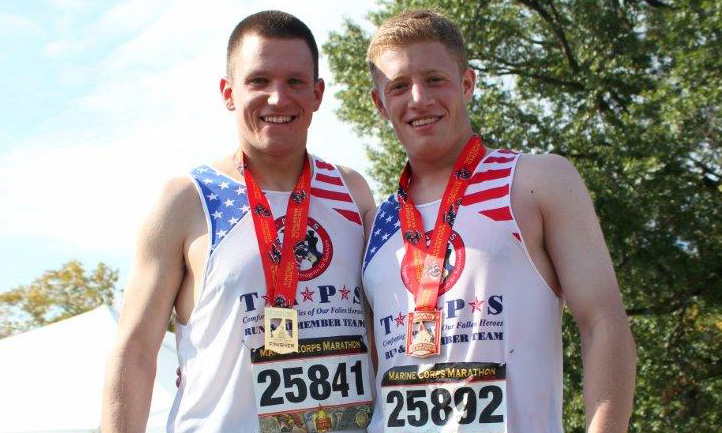 The United States Military Academy, commonly known as West Point, has become the launching point of the largest ever TAPS Run and Remember Team. Located 50 miles north of New York City, the four-year academy boasts a 4,400 member student body, with representation from every state in the US. Upon graduation each member of the Corps of Cadets, as the student body is called, is commissioned as a Second Lieutenant in the United States Army.

During their four years at West Point, cadets spend much of their time in uniform. Although different uniforms are required for different activities, the basic uniform is the dress gray uniform in use since 1816. Because of their distinctive “cadet gray” uniform, West Point’s alumni and students are often referred to collectively as “The Long Gray Line.”

Last year, cadets at the academy formed Team Long Gray Line to run for TAPS in the 2010 Marine Corps Marathon (MCM). The team fielded 15 members and raised $15,000. This year, among the 250 marathon runners who will be wearing the TAPS running singlet, nearly 100 will be members of Team Long Gray Line. Under the coordinating efforts of Taylor Mosera and Brance Waggoman, the team has grown to 93 members with a $100,000 fundraising goal, exceeding their initial 2011 goal of 50 runners and $50,000.

Before last year, Taylor had never run a marathon in his life. His best friend Brance convinced him that he had to try at least one, if for no other reason than to be able to say that he could overcome the inherent obstacles presented by an endurance race of 26.2 miles.

“He hounded me for weeks as I tried to decide what to do,” said Taylor, who finally concluded that if he was going to struggle through what he considered a near impossibility, he was going to do it for something other than just to say he did it. “I would need an extra push to make it to the finish line,” Taylor said.

Taylor had learned about TAPS from his sponsoring officer at West Point, Major William Wright, who had run previously for TAPS. Wright shared that the experience of running in memory of a fallen hero was far more meaningful than simply running a race. Taylor’s decision to run a marathon now had a focal point for that extra push he needed. His purpose quickly changed from simply surmounting a physical challenge to something much more: supporting TAPS and raising awareness among cadets, as well as bringing comfort to surviving families.

“I ran for the chance to meet the families of those who had gone before me,” said Taylor, “in hopes of showing them some level of appreciation so they knew that their sacrifices were remembered.” 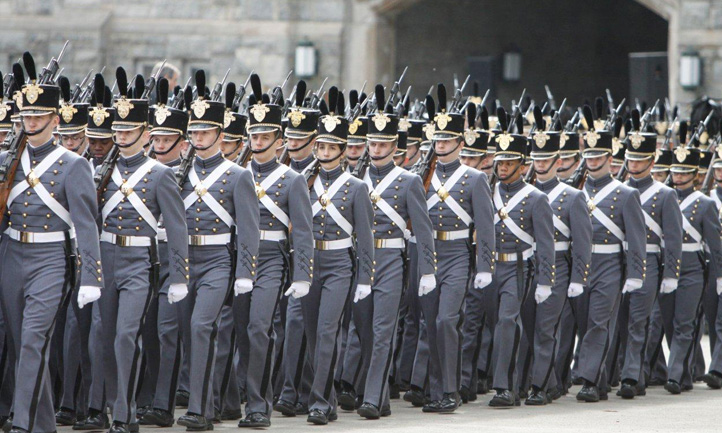 This year, Team Long Gray Line’s roster consists of West Point cadets, staff, graduates, and family members. Their mission is to unite, train, and inspire the Corps of Cadets and the surrounding community under the banner of the TAPS organization. In the process of fulfilling their mission, the runners hope to develop new relationships with families of the fallen. “Last year’s team became very close with their host families,” said Taylor, “and some continue to keep in touch nearly a year later.”

The final comment that Taylor wanted to add was a thank you to Run and Remember Team Director Marie Campbell and the TAPS organization for all they have done to make Team Long Gray Line possible. “Without Marie’s support and guidance,” said Taylor, “we would not have been able to expand the team this year and provide cadets with the valuable experience of serving.”

According to Marie Campbell, all the TAPS slots for the Marine Corps Marathon and the 10K have been filled, but you can still support TAPS if you have already entered the MCM on your own. To raise funds for TAPS, email Marie Campbell for more information at run@taps.org or call 800-959-TAPS (8277).

The TAPS Run & Remember Team operates year round across the country. You can enter any of our featured events listed on the website or enroll in a local event of your choosing.

“Our team includes people who walk a 5K, seasoned runners who are accomplished marathoners, people who have never run before but want to try, and people who are running to remember someone they knew personally,” said Marie.

“People who join our team come from all walks of life,” Marie continued, “and are united around a common purpose—to honor our fallen service members, assure that their sacrifices are remembered, and raise support that helps the families they leave behind.”