The Memorial Garden Tour is an annual event that supports TAPS and the Wounded Warrior Project through The Cole William Larsen Foundation, a 501(c) 3 public charity.

Gardening can be such a personal journey; it’s not just about planting a seed and watching it grow. It is a process in which you tend and nurture and then stand back and watch in amazement. It can be extremely therapeutic: interacting with the plants and the earth, creating your own comforting environment without explanation or apology, making a place to escape and decompress. 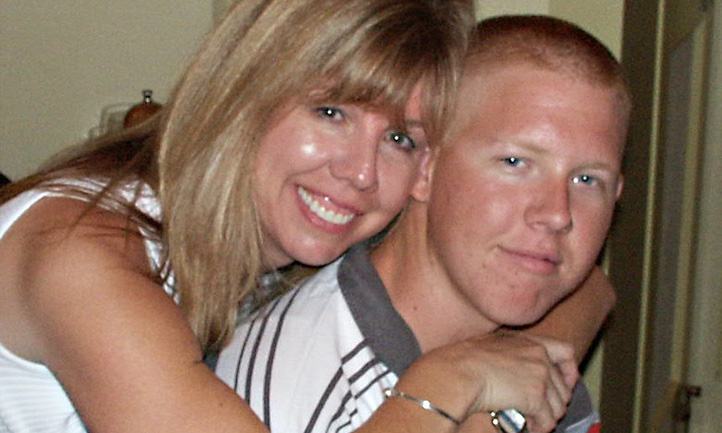 I didn’t always have this view of gardening. Growing up in Southern California in the 1960's does not bring forth many fond childhood memories. In reality, it wasn’t gardening as much as it was yard work! Ugh! I despised spending my valuable time mowing grass, trimming shrubs, raking leaves, and weeding when I could have been roller skating, tree climbing, skate boarding, or any number of other assorted important activities.

We lived in the suburbs of Los Angeles where you could hear the occasional dog barking, bird chirping, or plane flying overhead. I really didn’t get a true sense of gardening until my family moved to the Palos Verdes peninsula. There our home was situated on a quarter acre, which allowed room to plant and experiment. One of my memories is of my mother feeding her prized pansies with an awful smelling fish emulsion. Even though I didn’t participate in this particular gardening ritual, I did enjoy the results of my mother’s new-found hobby. Through the years I watched my mother’s garden evolve, and it was a true inspiration although at times somewhat intimidating!

Years later when I was married with two children of my own, I really didn’t have the time or energy to take on such a task as gardening. I did plant annuals in a variety of containers; but that was the extent of it. It wasn’t until we purchased a home with a yard that I became an active gardener. I regarded my parcel of dirt as an open palette where I could create my own little plot of paradise. 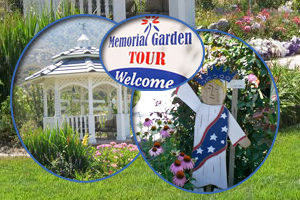 Gardening is a process of trial and error. The successes are so rewarding that the occasional set backs are overshadowed. Although many plants met their demise during my learning process, that didn’t discourage me at all. If anything, I became more determined. I can safely say that my green thumb came only as a result of the mistakes I made while learning.

Life was good until November 13, 2004, when we were notified that our only son PFC Cole William Larsen was killed in Iraq. Our world came crashing down around us. The community where Cole and his sister Haley grew up was supportive of our family in the aftermath of Cole’s death. Like many others, we were invited to events where Cole was honored, and we received a number of flags, quilts, portraits, books, and plaques from anonymous supporters who wanted to show their appreciation for Cole's heroism.

But the dark winter months cloaked me with such sadness that I had no interest in anything that brought me joy. I prevented myself from feeling anything. It was a process I needed, much like the dormant period of a garden. But when spring emerged I wanted desperately to see new life come forth. My garden provided that outlet for me. Gardening is a tactile experience...digging in the earth, pulling out those uninvited plants we call weeds, planting bulbs, finding a new or unusual species from a catalog. I rearranged, transplanted, dug holes, and planted seeds. I needed to create a memorial garden for Cole.

During the dark days I had reached out to TAPS and was received with open arms. I felt understood and supported. We were a family connected by an unenviable bond. I wanted to somehow thank our TAPS community for their unwavering and continued support. And that is when the idea of an annual fundraising garden tour was born. For years I had attended a garden tour which supported a woman’s shelter in another community. I thought, “This is exactly what our community needs!” I could organize a tour, and the donated funds would support this beloved organization.

Each year for six years, the annual Memorial Garden Tour has raised awareness and funds for TAPS. And the attendance increases each year. The garden tour is made up of exhibitors scattered throughout our town. They are real gardeners who have generously consented to share their gardens. It is a self-guided tour, and the donations are freewill offerings. Attendees let their hearts dictate what they give, and their generosity has been overwhelming.

To this day I still struggle to think I will never hear Cole’s voice again and get those big hugs I so desperately miss. But gardening has been an avenue of healing for me. While digging in my garden I have actually unearthed little green Army figures and the Army trucks that Cole once played with. I believe they are small signs from heaven.

I feel closest to Cole when I am outdoors in the garden. I can still hear his voice in my head, and I remember all the times when he was a little boy digging in the sand box and playing with his Tonka trucks and Army men. Cole loved to fish, so we even put a small pond in the garden. Near the edge is an engraved rock reading Cole's Memorial Garden.

Over the years I have met many gardeners who are motivated to garden because of challenging events in their lives. If you have a rake, a spade, and a few bulbs or seeds, consider joining our ranks. Go outside and welcome Mother Nature with open arms and enjoy what this earth has to offer. Once you get started, you may even want to organize a fundraiser of your own!

By Christi Larsen, surviving mom of PFC Cole Larsen: Gardeners love to share their passion and knowledge with others. The first year of organizing the tour I was overwhelmed by the number of gardeners who wanted to participate. If you are interested in starting a fundraising community garden tour, please believe that if I can organize one anyone can! For more information on how to raise funds while honoring your loved one, email Christi at Clarsen@memorialgardentour.com and visit memorialgardentour.com