We are frequently cautioned about the dangers of mixing alcohol and drugs.

We are frequently cautioned about the dangers of mixing alcohol and driving.

We are seldom cautioned about the danger of mixing alcohol with grief.

The shrieking pain of early grief tempts the bereaved to escape in any way they can—to shut out the terrible reality of their loss, even for a short time. Usually they are not eating properly or sleeping well, and there are sometimes physical ailments such as stomach or chest pains, headaches, chronic fatigue, and mood swings. 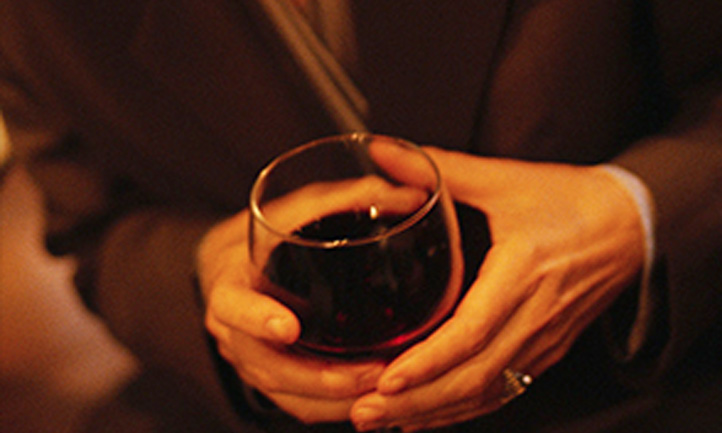 Those who grieve may turn to a "friend in a bottle" for relief. It should be clearly understood, however, that alcohol is just as much a drug as any chemical compound or prescribed medication. The added subtlety in alcohol use is the ease with which it is obtained, and the acceptability of its use in our society. It requires no prescription and no one is overseeing its use or controlling its consumption.

There is some danger that the person who has never had a problem with alcohol or drugs prior to their bereavement can fall victim to its use afterward. But for the person who has an established drinking pattern, or is inclined to deal with life's problems chemically, it is a time to be especially alert and guarded. If there has been a pattern of drinking or drug use prior to the grief, it is likely that the drug/alcohol problem will escalate.

Depression is common following loss. Alcohol is a central nervous system depressant, and it can magnify such symptoms of depression as sleeplessness, chronic fatigue, nervousness, abdominal symptoms, and the inability to concentrate. Alcohol will increase the intensity of any of these conditions.

Getting to sleep is difficult for most grieving people, and for some there may be a temptation to use alcohol to help induce sleep. But there is no worse drug to choose. Alcohol can affect the quality of sleep and add to the insomnia. A tolerance is created, and more is needed each time to produce the same effect. Sleeplessness is an extremely unpleasant side effect of grief, but it is temporary and will ease over time. Addiction to alcohol or drugs will not.

Sometimes alcohol masquerades as a sedative. To the restless, nervous, fatigued griever this can be an appealing alternative. However, in a few hours the sedating effect is gone and the "jitters" are worse than before. The danger is increased that tranquilizers will be added to sustain the effect, and this combination can be lethal. Finally, sleeping pills may look like the answer, but again the tolerance level is soon reached, and the combination of the two drugs is extremely dangerous—sometimes even fatal.

The long-term consumption of alcohol increases stomach distress and reduces an already diminished appetite, which can cause malnutrition and vitamin deficiencies and increase grief symptoms dramatically. Concentration is already difficult in bereavement, but the chemically-dependant griever has an added problem. While drinking, the mind is slowed by the depressant effect of the alcohol, but when the effect begins to wear away, there is a hyperkinetic reaction. The body may tremble, the heart and mind are racing, concentration is impossible; and there is a temptation to start the cycle all over again.

Alcohol will not relieve grief for more than a few hours, and it takes more and more to sustain the effect. The price the griever pays for that relief is too great! There is no problem that alcohol will not make worse.

How much is too much?

There is no exact amount of alcohol that can define the difference between harmful drinking and a couple of drinks that make one comfortable for a short time. Everyone is affected in a different way. Body structure plays an important role. A larger person can consume more alcohol than a small-framed person before experiencing the same effect. Individual metabolism, emotional condition, and whether the alcohol is taken in conjunction with other drugs are also important factors.

Frequency of drinking is less important than the role that alcohol plays in the life of the grief victim. A simple test is to assess the feeling of need for alcohol, rather than how much or how often. If the situation can be assessed objectively and honestly, and it is clear that there is a dependency on alcohol, it is clearly necessary to seek professional help. Consult a doctor, a specialized treatment facility, or Alcoholics Anonymous.

For the drinker who is also grieving, there may appear to be no hope, but it is never too late to get help with your grief. People do not die from grief, but they can die from alcoholism. It is important to remember that grief over the death of a loved one is an excuse for drinking, not a reason for it.

In families where alcohol use has become a problem, family members sometimes contribute to a drinker's problem by excusing them because “they hurt so much.” Without realizing it, they are, in a real sense, giving the person permission to drink.

In other families, family members may be blamed by the drinking member for everything from the loved one's death to problems in the family. They may be accused of not caring or of placing additional burdens on the drinker. Because the drinker must find fault in order to justify and enlarge the excuse for drinking, others must be blamed, and soon the family is controlled by the alcoholic.

If families are to escape the trap of becoming slaves to the drinker, they must learn to defend themselves against the manipulations of the drinking person. This requires outside help, often available through the National Council on Alcoholism or the Alanon Family Groups. Some treatment centers have special programs for the family of the alcoholic, too. 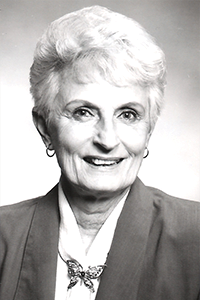 By Margaret Gerner, MSW: Margaret Gerner is a bereaved mom who battled alcohol addiction after the death of her son, Arthur. Margaret holds a master’s degree in social work from the University of Missouri at Columbia and has worked in the field of bereavement for more than 25 years. She has written extensively for The Compassionate Friends (TCF) and Bereaved Parents USA (BPUSA) and has worked with both organizations to help other bereaved parents learn healthy ways of coping with grief.