The Colorado Honor Corps, led by Lynne and Bo Cottrell, hit another homerun this year with the 5th annual TAPS Celebrity Classic raising more than $400,000 for TAPS! The Cottrells have been organizing the Celebrity Classic for five years, ever since a high school friend of Bo’s lost his son in Iraq and turned to TAPS for support. 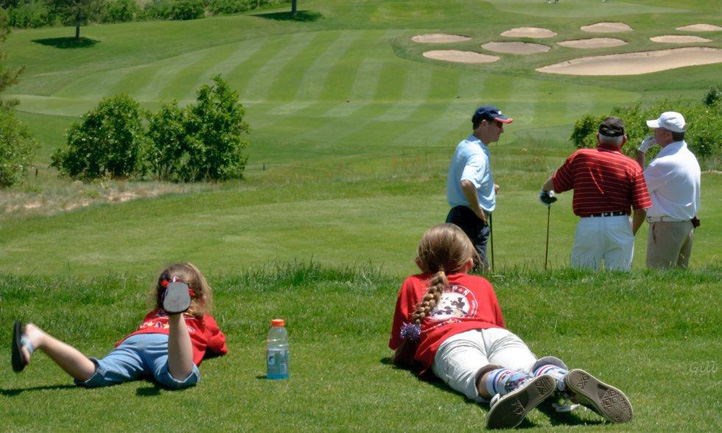 Beginning with the incredible Songwriter’s Night dinner and show, the legendary Larry Gatlin and the Gatlin Brothers were joined by Nashville songwriters Rob Crosby, Brett Jones, Billy Montana, and Leslie Satcher. The audience was treated to the unique Nashville tradition of not only experiencing a fantastic show but also hearing the stories behind each song.

Once again the Coors Cowboy Club donated their talents, all the food, and the expenses of driving from the Texas Panhandle to prepare and serve their famous prime rib dinner preceding Saturday’s show. Their Chuckwagon Crew is renowned for their authentic western heritage style cooking and gracious hospitality.

Saturday evening’s Grand Finale Concert featured a stellar and engaging performance by Larry Gatlin and the Gatlin Brothers playing their latest hits and award-winning oldies. Gary Morris also graced the stage as did Baseball Hall of Famer and All-Century Catcher, Johnny Bench (who knew he could sing?), and rock & roll icon, Jimmie Rodgers. Larry Gatlin invited 10 year-old TAPS survivor Cierra Becker onstage to play her guitar with them throughout the entire show, providing her with a once-in-a-lifetime experience!

In addition to silent auctions held both nights, Saturday’s live auction with Jake Jabs, American Furniture Warehouse founder and CEO, as auctioneer was a huge hit, and generous bidders really came through to the tune of $100,000! This year a “Philanthropy Auction” allowed donors to sponsor specific items for TAPS such as backpacks, Good Grief Camp supplies, shirts, balloons, or the Crisis Call Center for a week.

For the second year, TriWest Healthcare Alliance purchased the Griener Electric Traveling Barbeque dinner for the Fort Carson Survivor’s Seminar and Good Grief Camp. Included are singers Tony David and Pam Hughes providing musical entertainment. This fantastic BBQ dinner and wonderful music created a magical ending to this year’s intensely emotional but rewarding seminar with the children singing and dancing the night away!

Each year, unique highlights make this event special for the attendees. In addition to being serenaded by Johnny Bench and listening to the darling, talented Cierra play the guitar, another unforgettable moment was the gifting of an original oil painting donated exclusively for this event by renowned portrait artist Louisa Craft Jornayvaz. Purchased at last year’s live auction, the piece was created to capture the essence of TAPS. As this beautiful art work was unveiled this year, the purchaser, Jana Bartlit, presented it as a gift to TAPS Survivor Crystal Becker and her family. Crystal then requested that the painting be displayed at the TAPS National Headquarters in Washington D.C.

The Gatlin Brothers are thrilled and humbled to be involved with TAPS and this exciting event. They were joined by 27 additional celebrities, all of whom donated their time and talent for the cause. Other guests included General Gene Renuart, Commander North American Aerospace Defense Command and US Northern Command; Lieutenant General Michael Gould, US Air Force Academy Superintendent; Brigadier General Steve Ritchie, Retired, ACE pilot and TAPS National Board Member; Bonnie Carroll, TAPS founder and CEO; and three TAPS Survivor Families: the Beckers from Beesville, Texas; the Leiningers from Topeka, Kansas; and Taylor Heldt and her grandmother Gail Kriete from Washington, Missouri.

Thanks to the tremendous support of dedicated sponsors, countless participants, and so many committed celebrities, local businesses, and volunteers over the past 5 years the TAPS Celebrity Classic has raised a whopping $1,170,000 for TAPS!