When we are profoundly grieving, our emotions can manifest themselves in our bodies. Our facial expressions, a bent posture tilted forward, tense muscles, digestive upsets, insomnia, physical exhaustion, tightness or heaviness in the throat or chest, and even the gait in our steps can reveal a saddened heart. One tool to help people cope with the intense emotions and physical impacts of bereavement is yoga. 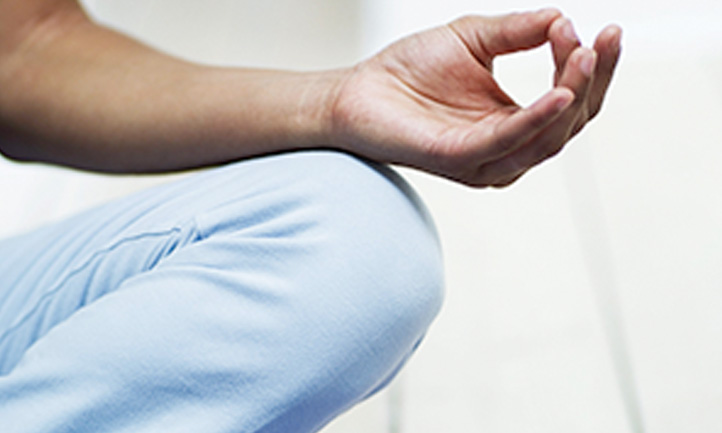 Yoga can be very helpful for those who are bereaved, says Lorna Bell, a hospice nurse and yoga practitioner who has taught yoga to children who are bereaved, used yoga after the death of her own sister, and written an e-book called Yoga for the Grieving Heart.

The most common form of yoga found in the United States is hatha yoga. “Ha” means sun and “tha” means moon, so hatha literally means sun-moon yoga. This type of yoga involves breathing, meditation, and placing your body into a series of poses. The poses seeks to balance opposing parts of the body, the front and back, the left and right, the top and the bottom.

Breathing techniques are a big part of yoga. Relaxation from yoga can assist in fewer stress related problems such a tension headaches or digestive disorders. It can also encourage better quality sleep. “Most yoga classes offer nurturing a positive mindset, visualization, affirmations, and meditative healing, which offer tools for coping with the myriad of issues accompanying the lonely path grief takes us down,” says Bell.

After her sister died, Bell noted that yoga seemed particularly helpful to her as she coped with the loss. “The physical poses, themselves, seemed to right my spirit and made me feel less broken,” said Bell. While relief from the pain of her grief was not permanent, Bell says yoga gave her a "brief grief relief." Yoga offered a respite from her immediate pain.

For Karen Veater Walker, who lost her younger brother, Dennis Veater, to combat in Iraq in 2007, yoga has made her journey through grief more bearable. As a busy mom caring for young children, the only time Walker could cry or let her bottled up emotions spill out, was when she was driving alone in her car. She worried that she was about to combust from her grief. But something changed when Walker started taking yoga classes. “Yoga has helped me to channel my emotions and work to turn my pain into something a little more healing,” said Walker.

One day she went to yoga class feeling the weight of the world on her shoulders. Walker was worried about another family member who was crying daily over Dennis’s death, and another young Marine had recently died. All of the emotions from the days immediately following Dennis’s death seemed to surge to the forefront.

“But when I sat on my mat listening to the calming music, I heard Becky instruct us to take a deep breath and think about what brought us there that day, what was weighing heavy on our shoulders, and release the pain/negativity out to the world,” said Walker. “Focus on what it is that we want, ground ourselves into the earth, and grab hold of the positive energy. I felt comforted and like a big weight had been lifted by the end of the class.”

Walker’s pent-up emotions from her brother’s death have also emerged occasionally during yoga class. “I have found myself almost brought to tears during the beginning and end of my yoga class, not bawling, but teary-eyed,” said Walker. “If you pay attention to the instructor and more importantly, yourself, you will be able, for a short while, to release some of your pain and refocus on getting yourself grounded.”

Her reaction is normal, says Bell. “Because the physical body holds our traumatic losses, it is very common to have these pent-up emotions ebb up at the relaxation phase toward the end of yoga class.” This is not something to be afraid of, says Bell, who adds that instructors are familiar with this effect and should express compassionate understanding if it happens. “Most of us have experienced this and witnessed it in others. It's a sign that the pain is surfacing, which is so much healthier than holding it in. Spiritual and physical relief come in tandem.”

Walker has also been able to include her children in her yoga practice. “When I am feeling especially stressed or overwhelmed, I like to sit in the middle of the floor and "set my intentions. Then, of course, the kids join me so we do a few yoga moves, like downward dog or tree pose or table, and I get a good chuckle out of the whole experience.”

Yoga is one of those programs that you can "do" anywhere, anytime. But if you don’t know where to start, how do you get involved? Call your local yoga studio, gym, health club, or community fitness center. Find out what types of classes are available. Many locations offer “gentle” yoga classes for those who need additional support – emotionally or physically.

It’s normal to feel a little bit afraid about starting something new, especially if you have never tried yoga before and don’t think you are particularly flexible. Walker admits she had some of the same fears when she started yoga. “Not everyone can put their legs behind their heads, and you aren't expected to,” she said.

Yoga teachers are very aware of the fear factor and try to make classes friendly for beginners. “Typically, the instructor will show you several different versions of the same move, a beginner, intermediate and advanced variation,” said Walker. “Start at the beginner, and if you can't get it, don't worry. It took me quite a while to get the moves down.”

For Walker, yoga has helped her improve her physical and emotional health. She didn’t start yoga until more than two years after Dennis’s death. She began going twice a week for a one-hour session. “It felt good to have the time to look inward, alone, so I began to expand by doing 20 minutes on the treadmill before class, and then I started taking other classes at the Y, like Pilates, spin, Zumba and muscle madness.”

Even though Walker has added to her exercise regimen, she still goes twice a week to yoga. Walker said, “I like taking the time in the beginning and end of the class to reflect on my life, with slow breathing and stretching, focusing on where I am now, and where I am going.” 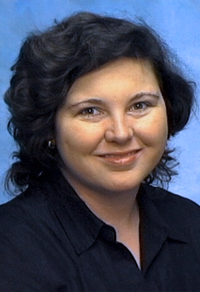