Reflections of a 26 year journey

In October 1983, Navy Lieutenant John Hudson was packing to return from a deployment to Beirut, Lebanon, where he was serving as a medical officer and surgeon to 1,800 Marines. Waiting at home was Lisa, his wife of three years, and their 8-month-old son Will. 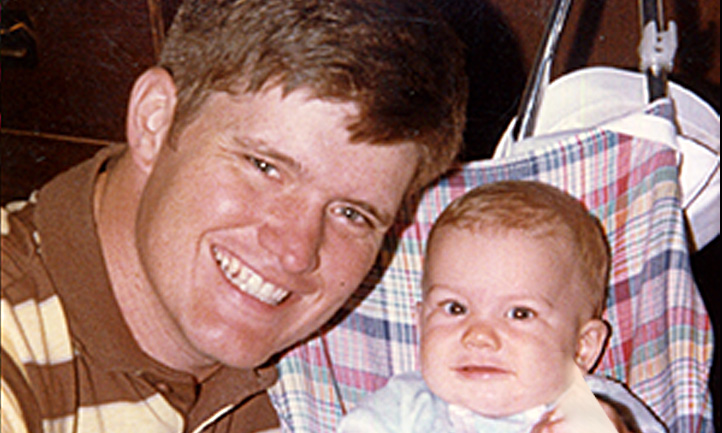 Lisa adored John and felt she was living in a fairy tale. John, a graduate of the Medical College of Georgia School of Medicine, was fun, loving, light-hearted, and a proud father. When Will was born, John walked out of the delivery room to tell the family about his son: “He’s perfect.” John deployed when his son was just three months old, and Lisa wrote every day to keep him abreast of every detail of Will’s rapid development, including his first word: dada.

On October 23, 1983, Lisa’s greatest fear and worst nightmare was realized. On that day, more than 200 service members, including Lieutenant John Hudson, died in the terrorist bombing of the U.S. Marine barracks in Beirut. Now a single parent with a small child, Lisa had to completely redefine who she was and who she would become. Without John, Lisa’s life felt like a black hole.

Twenty-six years later, Lisa looks back on her journey and offers her experience and encouragement to others. She reflects on the challenges, the choices, the bond that was formed, and the mutual strength and inspiration she and Will gained from each other along their unexpected path. 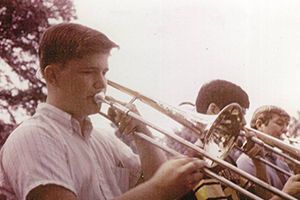 Will was eight months old when his father died. Now approaching his 27th birthday, Will looks back and shares his thoughts on the path he has traveled. He offers words about his relationship with his mother to other children who have to experience, as he did, growing up without the presence of his father.

“We have had many tears over the years, but the closeness we share is priceless. It is almost like a sacred secret we share, because we are really the only two who traveled down this road together. Our journey is the glue that binds our love stronger than steel and propels us to love and take care of each other forever. John would have wanted that,” Lisa says.

I felt John’s loss on so many levels, as a husband, provider, companion, father, and friend. Will would never know his dad. That pained me most. I tried to instill his father's values by always speaking of him and telling Will stories about his ways, his mind, his heart, his spirit, and his goals in life. I told the funny stories and sad ones too—I didn't leave out anything. I built a composite over many years of a man he never knew, and I think he will know him on the day he finally meets him.

Will was my reason to go on living when I no longer wanted to live after John died. He gave me purpose and direction because he needed me. I would not be here if he had not been depending on me every day to be there for him. He may think it was I who built character in him, but it was probably the other way around—it was he who built the character in me. 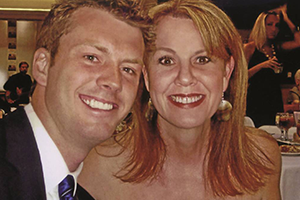 What would I say to parents who have lost their spouse?

Make your children a priority. They only have one parent, so be the best one you can be. But remember you cannot be both father and mother. I never tried to take John's place. Only he could have that place, and I could in no way fill that role.

Don’t give up. Do it another day. Find your own private time for grieving and don't burden your children with too much of your own pain. Don't hide it from them, but don't let them become responsible for your heartache. They have enough of their own.

Be honest. Share tears, but let them see that you can find strength and courage even when you don't think you have either to give. You are their shoulder to lean on, and those shoulders have to be strong. You just simply have to find tenacity: a way to keep plodding along as you slowly but surely develop the muscles necessary to withstand the load.

Find support. Find mentors and other people to help you fill in the gaps. I wasn't good at playing ball in the backyard, but Will had coaches who could be the role models he needed that I could not be. I could not teach him how to be a father, but as his mother I tried to teach him how to love, treat, and respect a woman.

Build new traditions. But keep traditions alive that mean something to you, even the ones that meant something to your spouse. Love, laugh, and make memories with your children, despite the ones you thought you would be building, which now have been taken away. I will never forget putting up a Christmas tree the year after John died. Will was about to turn two and I wanted him to know a normal Christmas. I took him to pick out a tree and then struggled mightily with that stupid tree... I stayed up into the wee hours of the morning and cried the whole time. But when Christmas morning came, his eyes lit up with joy at what Santa had left, and his joy dried the tears in mine.

I have no idea who I would be today without my mom, but I can assure you that without her absolute devotion and nurture, without her undying love, without her steadfast and resilient determination, without her selflessness to me, I would absolutely not be the person I am today.

Parents who immerse themselves in caring for their children are true heroes. I have learned more from my mom’s life than a million books about the greatest leaders in the world could teach me. From firsthand experience, I see that it is critical for a parent to be focused and devoted to their children after the death of the other parent. The basic nature of a child is dependence even into their young adulthood. A surviving parent is the outlet by which a child can learn to grieve and also to focus on triumph—and can later thank for their life.

What I would say to a child who has lost a parent?

It is okay to grieve. The mentality of being tough completely misses the point. Losing a parent is horrible, miserable, destructive, painful, and quite possibly the worst event in someone’s life. Losing a parent when you are young has even more serious repercussions, because children do not have the tools or maturity to successfully process the trauma. They are dependent upon their surviving parent to carry them through the initial stages of the process and to instill in them the tools for later in their lives. If they do not learn to grieve, it will have long-lasting consequences that may never be fixed. It is ok to cry. It is okay to be sad. It is okay to feel angry. It is okay to “feel” in general.

Your life is worthwhile. You may feel “different” because you do not have the perfect two-parent household that you wanted and that you see in your friends’ lives, but you are no different intrinsically than others. You are just as talented and capable. While you have lost a parent you have gained an experience that others will never understand. It took me a long time to realize I had an emotional and experiential advantage over all my friends, but as my life has played on, this has been invaluable.

Honor the void. The void never goes away and you should never try to fill it with something else. The death of a mother or father leaves a hole that nothing can occupy. Allow that hole to drive you. I will never have a father and that will never change. There is no one and nothing that can be my father because he is no longer here. However, I can make a difference in this world and make my father proud. I can honor that void by maximizing my potential. I can be a light to others with a similar experience. Only then will I feel like that void, that once felt so destructive, is something that has made me the man I am today. I want children to realize we all have that potential if we learn to grieve and also learn to dream. 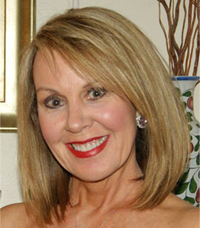 By Lisa Hudson, RN, MS, Surviving spouse of Navy Lt. John Hudson: Lisa Hudson raised her son Will in the aftermath of the loss of her husband. She also went on to earn a master’s degree in psychiatric and mental health nursing to add to a bachelor’s degree in nursing. She was Board Certified as a Clinical Nurse Specialist in Psychiatric and Mental Health Nursing in 1995 and had her own practice. She also became a licensed esthetician and certified life coach. She is now retired and enjoying her grandson while offering volunteer assistance to those suffering grief and loss, parenting issues, depression, and PTSD.