I thought my life was over when my husband, Marine Corp Major John Ruocco took his own life. The thought of going on and raising my two young sons by myself was overwhelming. I could not imagine how I was going to get myself through it, let alone my boys. I felt alone, confused and isolated. I knew that no one would understand what I was feeling. I didn't know anyone that experienced this kind of loss. 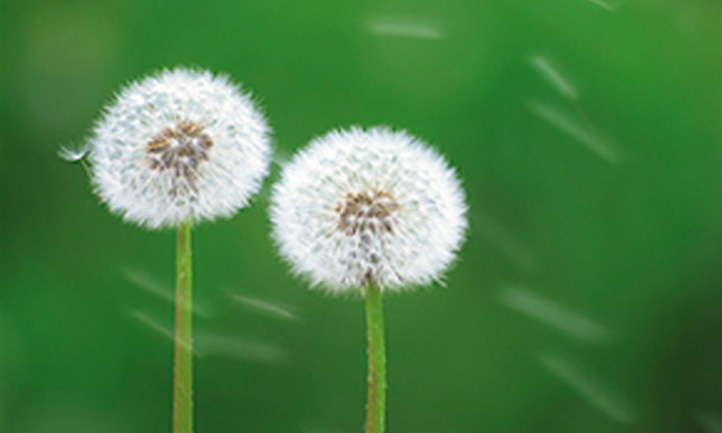 I felt ashamed and confused, angry and exhausted, too devastated to even look for help. On top of all the emotions, paperwork kept piling up, bills were going unpaid, people where asking me questions that I didn't have answers to, and the media was calling in hopes of being the first to tell our story. I would look at my boys, ages eight and ten, and see their pain. But I couldn't take it away. I was at loss for words. I felt helpless.

I remember the night I found the pamphlet. I was sitting on my bedroom floor at 2:30 a.m. sorting through my mound of papers and crying. Tucked among the piles was a brochure about TAPS. On the front was a note from a colonel, “If you need help you should call them, they will take care of you.” I read the brochure carefully wondering “Could this really include me? My husband killed himself.”

I hadn't felt welcome in so many of the support systems for military survivors. I also didn't feel like I belonged in civilian suicide support. I missed my military family. I called the number on the brochure, and couldn't believe that someone answered in the middle of the night. She was so kind, and assured me that I was welcome. I felt that I had been thrown a lifeline.

I told my boys about TAPS the next morning. I couldn't wait to tell them about the Memorial Day seminar which included a Good Grief Camp for young survivors. They looked at me with their sad, frightened faces and said, “Do we have to go? We don't want to go to a place where everyone is crying all the time.” I told them that we would go once and if they didn't like it we wouldn't have to go back.

We flew to Washington DC that May. The boys were very hesitant and talked about wanting to stay in the room to play video games. I encouraged them to take a chance. When we entered the hotel there were a couple of “greeters.” A woman who knew my name approached me with a strong hug, and said to me, “I’m sorry for the reason that you are here, but I’m so glad you found us.”

I looked over at my boys. One was sitting on the floor petting a beautiful Golden Retriever, and then I saw the other. He was under the table sitting across from a young boy who was dressed in full Marine Corps Dress Blues. I heard him say to the boy, “My Dad died,” and the little boy replied, “Mine, too.” I knew we were in the right place.

The boys were assigned mentors, military volunteers who would give one-on-one support to them. One of the boys’ mentors had flown with his Dad in Iraq and was able to tell him things about his Dad that I didn't even know. The other mentor had a love for life and a kind heart, just like his father. It has now been four years and both these men are still providing love, understanding, and the all-important connection to the military that my sons missed so much.

TAPS carried me through those first years by offering a multitude of support, not only with my complicated grief but with other issues, such as benefits. I am now using my strength, gathered over time, with the constant, loving care of TAPS, to help others. I will be forever grateful to TAPS for helping me redefine my life and continue on as a stronger person and a healthier family.

By Kim Ruocco, MSW, LSW: Kim Ruocco earned her Master’s Degree in Clinical Social Work from Boston University. She has worked in the field for more than twenty years, providing mental health services in various settings. She is the Director for Suicide Outreach and Education Support Programs at TAPS, providing suicide prevention and postvention trainings to survivors and military personnel throughout the country.
Related Articles: