Sorting, keeping, giving, and storing our loved ones’ personal effects

Many of us have been faced with multiple shipments of personal effects from various corners of the world. Others of us are denied any access to the items that might help us feel more connected to our loved ones. Wherever we find ourselves on the scale of ownership of personal effects, the pain is immeasurable and long-lasting. 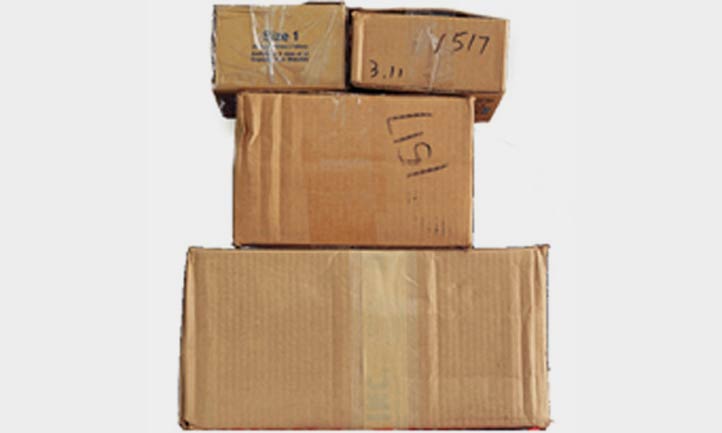 I turned my head slightly as I drove, checking the traffic in the other lane. My attention caught on the brass button on his sleeve, seeming to wink at me as the sunlight fell on it. I would have given anything to have my soldier beside me in the car, actually wearing the uniform. But instead, his neatly pressed uniform was hanging on the clothing hook in the back seat. It was moving day, and my son’s belongings were carefully packed in the trunk and on the back seat. The car was filled to overflowing with the things that were the most precious to Brad, the things that I couldn’t entrust to a moving company.

My heart was also filled to overflowing—with sorrow. After three and a half years, I was surprised by how quickly the emotions of grief could flatten me when I touched and handled Brad’s things. That reaction hasn’t changed since the day we were notified of his death. On that day I wandered painfully through the house thinking, He will never see this again, never wear that again, never enjoy those again, never… Never… NEVER. The word still slices through my heart.

In the days after our notification we haunted Brad’s room, ferreting out the memories, carrying items downstairs where family and friends congregated. His books, his toys, and his pictures occupied space in every room. We didn’t know that months later those same mementoes would migrate back upstairs to be packed away from sight. It would soon hurt too much to look at them.

In the meantime we dreaded the day Brad’s personal effects from Iraq would be delivered—after the Army had itemized, sanitized, catalogued, and re-packed them. How would we bear to open the boxes? How could we bear not to open the boxes? Would any of his things be damaged? Would all of his belongings make it home? What on earth would we do with all these valued possessions that he couldn’t take with him to heaven?

For weeks, bits and pieces of Brad’s life had been drifting back to us, each item pulling our attention back to the awful, inescapable reality that Brad was no longer present in our world. Individual items came to us by way of our Casualty Assistance Officer. He would call and tell us there was a package and set up a time to deliver it. The first jarring delivery was a set of Brad’s dog tags. It was a horrible realization that they had been taken from his dead body and cleaned and shipped to us from Dover, Delaware. There followed in rapid succession, and on different days, the contents of his wallet, his empty military ID case, and a packet of photos that the Army had developed.

And then we got the call. Brad’s personal effects from the combat zone had arrived in North Carolina. Our Casualty Assistance Officer personally loaded them in his vehicle and drove to our house. There were five large boxes containing everything that Brad had thought was important enough to be included on his last deployment. Our Casualty Assistance Officer unloaded the boxes and carried them inside. And then he did a truly helpful and amazing thing. He offered to help us check the items against the inventory list to make sure everything had arrived.

We could not have done this on our own, and we were grateful for his help, especially after he discovered the orders for an Army Achievement Medal that had not been documented in Brad’s personnel file yet. In addition, we discovered that some of Brad’s favorite things had been damaged. If we hadn’t gone through the contents, we might not have known about the damage before the two-year replacement deadline.

By the time we moved everything to Brad’s room, it was time to think about the household goods that were still in transit from Korea. Perhaps it is better that all the belongings didn’t come at once. The piecemeal barrage allowed us to get used to the notion that Brad was not going to take care of his own things anymore.

Even so, we were overwhelmed. When the ten boxes arrived from Korea, they remained in the loft untouched for many months. These were the boxes Brad had packed himself, knowing he would be redeployed to a different base at the end of his combat tour of duty. We couldn’t face the idea of assimilating his things into the household. But we dared not throw anything away because it felt like we would be throwing him away.

Our family’s day of reckoning came three years and three months after Brad died. We gathered to face the daunting task of sorting Brad’s earthly goods before we moved. We kept some things. We put some things back in boxes. We offered items to extended family so that they would have keepsakes from Brad. Once we completed our project, I packed the boxes, addressed them to various relatives and friends, and drove to the post office. It was the same post office where I had shipped boxes to Iraq—the post office I had not visited for more than three years. I had no idea it would hurt so badly to say a final goodbye to Brad’s belongings. It was hard to breathe again. The tears would not stop.

The pain of handling Brad’s belongings is still intense after all these years. I still have boxes in the new attic awaiting final deployment. I still have scraps of paper with Brad’s handwriting in my desk drawers. The piece of shark cartilage he found on the beach is still in a closet. We read the books he loved, watch the movies he purchased, and listen to the CDs he enjoyed. I still wear his shirts when I need an extra boost of courage or confidence. I read his letters. I hug his flat, empty uniform. I am glad we didn’t get rid of anything before we were ready. And I am glad we were able to share a part of his life with those who loved him.

For those of us who have received all the worldly goods of our loved ones, the task of sorting, storing, donating, and making decisions may seem monumental. We are afraid to part with anything. We are afraid to keep it all, lying unused in untouched boxes in the attic. Here are some suggestions for navigating this road:

Don’t be in a hurry: Unless you are pressed for space, don’t make any decisions in the immediate aftermath of the death. Although helpful friends may tell you that you must handle this task NOW, there is no pressing need to add to your stress at this moment. Once you part with an item, you can’t retrieve it if it turns out that it was more meaningful and necessary than you had initially thought.

Use your own timetable: There is no right time to organize your beloved’s belongings. Wait until you are ready to make the decisions. Since every relationship is different, there can be no “one size fits all” timetable for sorting a loved one’s earthly treasures. At some point you will be strong enough to handle the flood of memories that come with touching these precious items. Our family’s sorting day occurred because we were moving to a smaller house.

Ask for help if you want it: Some people need to do this task alone and in private. Others may feel unable to attempt it without outside help. You can ask a trusted friend to go through the boxes with you, and let them know it will be a difficult and upsetting process.

Realize that the sorting will bring fresh pain: When the three of us gathered to sort and choose some items that were meaningful or memorable to us, we could only handle it for an hour or two. We had to tackle the job in multiple sessions, one box or suitcase or drawer at a time, with space in between to cope with the awfulness.

Include immediate family, if possible: Consider including immediate family members in the initial sorting. If an item has a particular emotional connection for one person, allow them to “inherit” the object. If more than one person has ties to on item, consider “joint custody.” In our family, we have a bracelet that travels between my daughter and me on specified dates.

Divide and conquer: We had four categories of items in our initial sorting and marked four boxes accordingly—keep, throw, give away, and reserve. Items that you keep can be displayed around the house, framed, stored in a special trunk, made into quilts, or saved for young children. If items are broken, torn, or otherwise useless, you might be at a point that you can say goodbye to them once and for all. Having said that, expect some irrationality. I still have a piece of shark cartilage that I am not quite ready to part with. Consider offering the items in the “give away” boxes to extended family and friends before giving them to strangers (Salvation Army, Goodwill, or other nonprofit organizations). If you are unsure of your feelings about the disposition of certain articles, store them together in the “reserve” box and plan to revisit the question in the future.

Call on extended family and friends: If no one in the immediate family has a particular affinity for an item, it might be a good idea to extend the invitation to extended family. Try to keep in mind that saving everything in boxes and footlockers until you die may prevent others from enjoying memories, finding meaning, or honoring your loved one. We called Brad’s aunts, uncles, cousins, and friends to see if they would want something to remember Brad by. The response was overwhelmingly positive, and we were relieved when almost all the items we were ready to give away were chosen and adopted.

By Betsy Beard, Surviving mother of Spc. Bradley Beard: Betsy Beard served as the editor of TAPS Magazine for seven years in addition to volunteering as a peer mentor, care group facilitator, and national workshop presenter. She currently serves as the vice president of Military Writers Society of America and edits their annual anthology. In addition to contributing many articles for TAPS Magazine, Betsy has been published in Living with Loss and various newspapers. She wrote the award-winning children's book, Klinger: A Story of Honor and Hope, which earned three gold medals and a silver medal. She lives in North Carolina with her husband, Randy.