Guidance from a fellow survivor

The latest reports for 2009 show an increasing number of suicides in all branches of the military with the largest increase in the Army. Figures from 2008 show the military suicide rate exceeding the civilian suicide rate for the first time. 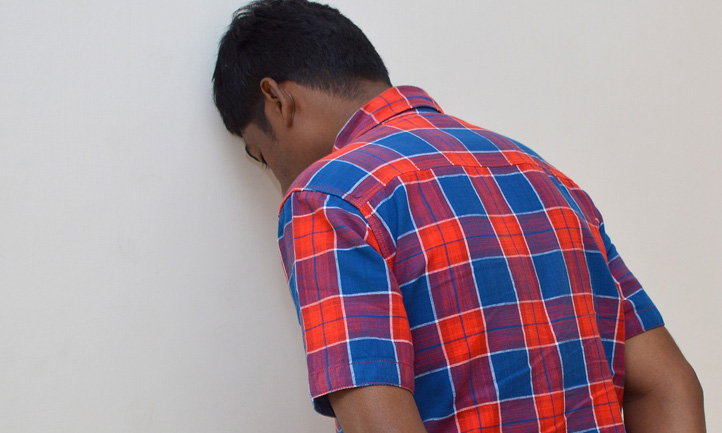 Suicide survivors are spouses, children, parents, siblings, grandparents, military buddies, friends—all who had a relationship with the individual who died. The American Association of Suicidology  estimates that for every suicide there are six survivors. This is a conservative estimate, especially for military service members and their families. Given the mission of protecting our country, often in dangerous areas of the world, bonds among service members form quickly. Thus, when a suicide occurs, the survivor numbers increase exponentially.

At the same time, spouses and children are developing new relationships, while adjusting to new surroundings and circumstances such as recurrent deployments. Death impacts all of these relationships as well as those back home.

Grief following a suicide is complex and multidimensional with physical, cognitive, emotional, behavioral, and spiritual components. Survivors often feel overwhelmed by the sudden death and experience a sense of disbelief or unreality. “How could this be happening?” Suicide evokes feelings of abandonment and rejection. “Why wasn’t I enough to keep him alive?” Other commonly reported feelings are shame, guilt, anger, and rage. Feelings of guilt can relate to issues of preventability (usually not realistic) and also to what is termed survivor guilt. “Why am I still here?” For those who express anger, it can be especially frightening when it continues to the point of rage. In these instances, professional intervention may be needed. Although we like to think of society as enlightened, a stigma still surrounds suicide—not to the degree of years past, but strong enough for many to remain silent when help is needed most.

After a suicide, one of the first persons to be called is the chaplain. The survivor’s response to spiritual support may be positive or negative but must be respected. Some individuals who drew strength and comfort from their spiritual belief system may temporarily or permanently reject it after the suicide.

Survivors begin their search for the “why,” believing that the answer will relieve their pain. Telling the story over and over helps them to process the unthinkable. Some may experience a sense of extreme vulnerability, perhaps to the point of wondering if suicide could be an answer to their own pain. While not unexpected, these feelings must be explored to assure the individual’s safety. If there have been repeated attempts, the survivors may feel relief that it is over but also experience guilt for this very human feeling. In all cases, there is unfinished business. There was not opportunity to say goodbye or address unsettled issues. It is important to recognize that there are ways to help survivors say a belated goodbye or whatever else is needed to bring such issues to an end point.

Recognizing that each person’s grief is unique and that the relationship shared with the deceased is unique also, it’s inevitable that no two grief journeys are the same. This may cause difficulties among survivors as each follows a different path. Support groups are often helpful in providing different perspectives as individuals move through the grief experience.

Note: No mention has been made of clinical depression or a myriad of other responses due to space constraints. Please read the literature for a full description of responses to suicide.

By virtue of the type of death—suicide—the survivors may experience disenfranchised grief. According to Dr. Kenneth Doka, researcher and author, the survivors are not accorded a “right to grieve” because the grief is not openly acknowledged, socially validated, or publicly observed. As noted previously, suicide still carries a stigma thus disenfranchising the grief of the survivors. There is often silence or an unspoken edict not to mention the word “suicide” or talk about the circumstances. Death-related services are frequently kept private or not held at all.

Individuals respond to death differently and this too can lead to lack of support. In Men don’t cry . . . women do: Transcending gender stereotypes of grief, (2000) Dr. Terry Martin and Dr. Ken Doka identified three patterns of responding to loss: intuitive, instrumental, and blended. The intuitive griever exhibits feelings with a high level of emotional intensity and less use of repressive coping as a defense. She’s more likely to display her feelings openly and seek support from others. The instrumental griever exhibits a problem-solving, cognitive approach with a high degree of repressive coping and low levels of emotional intensity. He’s the person who is busy making arrangements while cognitively trying to find a reason for the death. By the definitions and examples, you might assume we’re speaking of gender-based response patterns—female as an intuitive griever, male as an instrumental griever. However, Doka states, “Clearly, patterns are influenced by gender but not determined by it.”

Today we are seeing an increase in women exhibiting instrumental responses and men exhibiting intuitive responses. Many exhibit a blended pattern of responses. In some instances, an individual’s response pattern can lead to disenfranchisement of his grief. The instrumental griever, by virtue of his outward response, may receive little support in the immediate aftermath of death. However, one who is very emotionally distraught in the days and weeks after the suicide may receive much support. In each scenario, the individual’s grief response pattern has the potential to disenfranchise his/her grief. The instrumental griever may not have received support immediately after the death but may have appreciated recognition of her loss via words or deeds. The intuitive griever may not receive the support needed 6-8 months later because of her strong need for support early. Ideally, support, at whatever level is appropriate, should be available on a continuing basis as long as needed.

Given all the different circumstances and the different response patterns, how can we support suicide survivors? First and foremost, we can break the silence and speak openly about suicide. As a survivor, I can speak candidly in acknowledging the relief felt by myself when I am honest in answering questions from others about my oldest son’s suicide. As a mental health professional and a death educator, I had colleagues who provided much support, but I still had to slowly find my way back to a “different” new life. My other son, who was stationed on a cutter with the Coast Guard at that time, shared with me the companionship he felt in being in the company of the fellow Coastie sent home with him for the week following the suicide. Yet he also recalls the silence of nights topside on the boat as he dealt with his grief alone.

Recent reports of more openness in the military in speaking about suicide, both prevention and postvention, are encouraging. At Fort Carson, Major General Mark Graham, who lost one son to suicide while a ROTC cadet in college and a second one in the line of duty in Iraq, has initiated new ideas for both suicide prevention and postvention. For example, all soldiers from the base receive full military funerals and memorial services, regardless of whether they died in battle or by suicide. This speaks to the grief of all affected by the death.

Clearly there are many support strategies that can help suicide survivors and these include the following: suicide support groups; books and other information about grief following a suicide; rituals, such as a candle lighting on a deceased’s birthday; a memorial such as a care package sent to a service member on a special day each year; participation in events such as Out of the Darkness Walks and the annual National Survivors of Suicide Day Program sponsored by the American Foundation for Suicide Prevention; online blogs and memorials; and professional counseling if needed. TAPS provides additional resources including the annual National Military Survivors Seminar and Good Grief Camp for Young Survivors as well as regional seminars and local Care Groups.

Many individuals find exercise, music, and other diversionary activities helpful during the grief journey. Most important of all is the time spent one-on-one with the survivors. The gift of presence, with or without words, conveys genuine caring and concern for those whose lives are forever changed. Don’t allow your discomfort to prevent you from reaching out to those in need.

In summary, life will never be exactly the same again for suicide survivors. However, “different,” given time, can be acceptable and will hopefully become a “good” life.

By Madeline Lambrecht, EdD, FT: Dr. Madeline Lambrecht, herself a suicide survivor, has been an educator, counselor, and consultant on death-related issues for more than 35 years. She is Professor Emeritus, School of Nursing, College of Health Sciences at the University of Delaware. She is a past president of the Association for Death Education and Counseling and the Delaware End-of-Life Coalition and currently facilitates the capstone experience of an online thanatology certificate program. Dr. Lambrecht is certified as a Fellow in Thanatology.
Related Articles: