Much confusion surrounds the significance of the lapel pins given to surviving family members shortly after the interment of their loved one who died while serving honorably in the Armed Forces. Although there may be differences in presentation between the branches of service, there is only one law that governs the procurement, awarding, and wearing of the pins. Each of the two lapel pins have been authorized by Act of Congress. The legal and military distinctions between the two are based on the place, time, and circumstances of the death, as well as the survivor’s relationship to the deceased. For either pin, eligible family members include: widow, widower, mother, father, stepparent, parent through adoption, foster parent in loco parentis, son, daughter, stepchild , child by adoption, brother, sister, half brother, and half sister. No other family members are legally eligible to receive the pin. 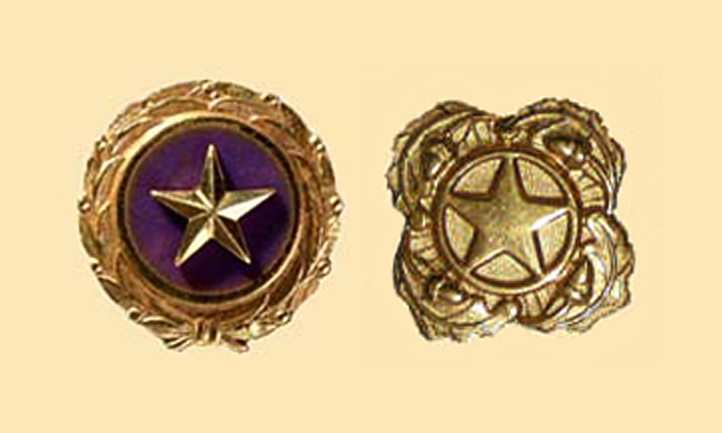 Before addressing the differences between the two pins, we remind all those who are grieving the loss of someone who has served and died, that TAPS’ services and programs are available to loved ones regardless of relationship, geography, or manner of death. We make no distinctions among us; each of our loved ones took the oath of enlistment and served honorably until death. 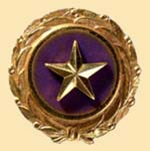 The Gold Star Lapel Button was designed and created in 1947 for family members of those who died in combat. It is a gold star on a field of purple surrounded by laurel leaves. Gold Star Lapel Buttons are awarded to surviving family members of service members who have been killed in the specific conflicts listed in the "Information" section on the back of DD Form 3. The award authority is retroactive to World War I, and includes most subsequent conflicts. The law stipulates that only one button is furnished to each recipient, but a request for replacement of the Gold Star Lapel Button (lost, destroyed, or unserviceable) can be submitted on DD Form 3 (Application for Gold Star Lapel Button) to NPRC, 1 Archives Drive, St. Louis, MO 63138. If your loved one was killed during the time period of one of these conflicts, but not in the official area of the conflict you would receive the Next of Kin Deceased Personnel Lapel Button. 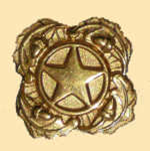 The Next of Kin Deceased Personnel Lapel Button was approved in 1973 for the primary next of kin of armed services members who lose their lives while serving on active duty or while assigned in an Army Reserve or Army National Guard unit in a drill status. It is a gold star on a gold background surrounded by four oak sprigs. The pin is authorized for issue retroactive to March 29, 1973. If you are a relative listed above and your loved one died while on active duty, but under circumstances that do not qualify you for the Gold Star Lapel Pin, you are entitled to the Next of Kin Deceased Personnel Lapel Button. The next of kin may request issue of the button by writing to the NPRC, 1 Archives Drive, St. Louis, MO 63138. Furnish the name, grade, SSN, and date of death of the deceased soldier. The names and relationships of the next of kin must also be provided.

By Betsy Beard: Betsy Beard served as the editor of TAPS Magazine for seven years in addition to volunteering as a peer mentor, care group facilitator, and national workshop presenter. She currently serves as the vice president of Military Writers Society of America and edits their annual anthology. In addition to contributing many articles for TAPS Magazine, Betsy has been published in Living with Loss and various newspapers. She wrote the award-winning children's book, Klinger: A Story of Honor and Hope, which earned three gold medals and a silver medal. She lives in North Carolina with her husband, Randy.