Weak sunlight filtering through the bare branches, a cold mist rising from the river, and frost on the ground. It’s November, again. We’re supposed to be thankful... 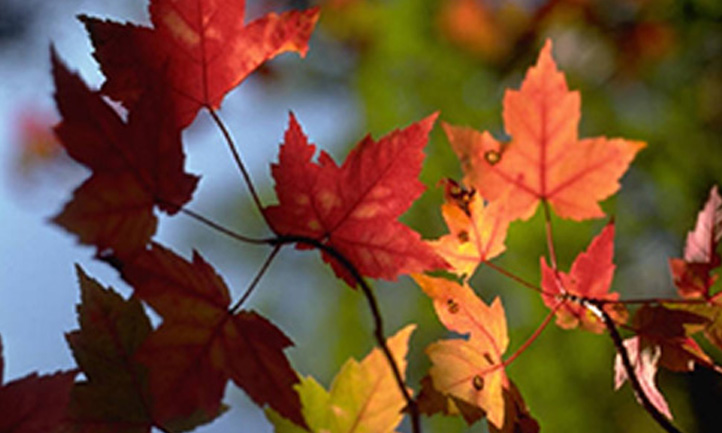 I am transported back in time to the first year following our son’s death in Iraq. The season pressed in on me and I flinched away from it in anger and hurt. The holidays loomed large and bleak without Brad, and as the waves of despair and resentment washed over me, I was anything but grateful. I even wrote a prayer/poem about my condition, titled, simply:

Thanksgiving 2005 ~ By Elisabeth Beard
Why would I thank You?
My only son lies dead.
How much would it mean to You
Even if I said,
“Father, in heaven,
From whom all blessings flow,”
For even if I speak the words,
You are God. You’d know…
You see my stricken heart.
You hear my pain wrenched cries.
You would know the pretty words
Are total, baldfaced lies.
What shall I say then,
God of all compassion?
Only that I love You still
In faltering, grief-drained fashion.

In the intervening years between that time and now, somewhere along the road, somehow against my wishes, I began to see in a very small way that there were unexplained circumstances for which I could be slightly thankful… events that showed me that people cared, that God had not abandoned our family, that grace was still operating in the world, and that the hearts of others could still knit with ours, forming friendships that have been forged in the inferno of our grief.

With that realization, the first positive emotion that I had experienced in a very long time broke through my frozen defenses. It felt so new and so strange to me that I had to stop and figure out what it was. Over time, I came to recognize it as gratitude. I wasn’t terribly willing to acknowledge these new feelings. They seemed disloyal to Brad, to our family, and to Brad’s memory. It seemed so wrong to start a sentence, with “I am grateful,” or “We have been fortunate that…” But there was no way around it. Although they seemed to defy the awful circumstances, those sentences were beginning to stack up.

Through the tears, I first discovered that I was grateful to have been associated with the magnificent human being that was SPC Brad Beard. Even though the pain of loss was unbearable, it would have been worse never to have known him. On the heels of that revelation came gratitude for the amazing men and women of the United States Armed Forces. I am astounded that there are still men and women who are willing and able to put their lives on the line to protect the freedoms that we have come to take for granted.

Next I became aware of the special people who had entered my life after Brad departed. People who willingly spent time with me in my shriveled, lifeless condition. People who went out of their way to let us know they appreciated Brad’s sacrifice on their own behalf and on behalf of their children. Strangers all across America who wanted to reach out and comfort us. My own TAPS peer mentor had told me that grief has a way of changing your address book. I mourned the loss of old friends who were unable to stick around. But I slowly realized that others had taken their places, standing alongside of us and propping us up with their strength.

Still today, when I think about the people I have come to know because of the tragedy of Brad’s death, my dominant frame of mind is a sense of gratitude. My TAPS family is a large part of that focus. Some have brought comfort. Some have made me smile. Others have cried with me, or simply allowed me to cry in their presence, without judgment or condescension. Some have listened to my angry rants. Others have prayed for me, sent cards, called, exchanged emails, shared stories of their loved ones, and allowed me to share mine. Most never even knew Brad.

Some of my new friends have been around for all four years of our loss, interrupting their own journeys to help us. They could have turned aside. But they didn’t, and I am grateful. Their actions have helped me to remember that there is a God who cares. And even though He won’t come down here and fix the problem, or answer my agonized questions, He is (at the very least) still dispatching emergency personnel to tend to my unseen, but grievous, wounds.

Some who are reading this are facing their own losses for the first time this season. Some have been on this journey for a long, long time. Regardless of the time frame, our lives have now intersected at that horrible point in time in which our loved ones were killed. We never asked to be a part of the TAPS family. We had no choice in the circumstances that have taken our loved ones. But we do have a choice in opening our hearts to each other as we face the difficulties of the holiday season together.

If you find that you need a listening ear during this especially difficult time, call TAPS at 800-959-TAPS (8277).