Those of us who have lost a loved one know what it is like to be left holding up our end of a relationship in which the person who died is no longer able to contribute in a meaningful, vocal, earthly, timely fashion. As adults, we cling to the connections we had, the memories we shared, the life we once lived. We touch the physical reminders of our loved one: clothes, “toys,” pictures, favorite belongings. And we strain to remember exactly what he said, how she felt, who he became. 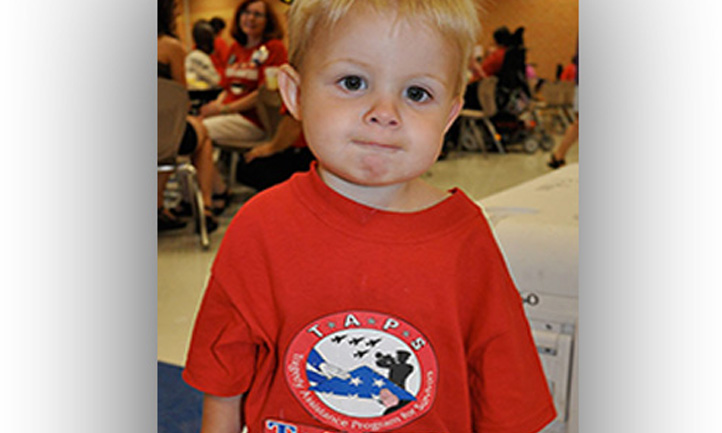 But for those very young children who can’t remember Daddy or Mommy’s touch, there are too few memories to recall. And in the case of children who were born after the death of this very important person, the years stretch forward without any memories to access. Years spent without the pictures of shared moments that we prize, and without a firm grasp of who this person was. The baby born after his or her father died, never got to laugh with him, bond with him, love him…was never even fortunate enough to have met him in person.

For those children the task is far greater than reminiscing over a relationship once shared. The task is to create a complete relationship in the wake of the loss. As the years unfold, and the child begins to develop mentally, emotionally, and physically, he will begin to wonder why there are no pictures of himself in daddy’s arms. She will wonder if Daddy would have loved her. They will perhaps be jealous of older siblings and their relationships and memories. They will see documentation of how much Dad did with and for his other children before he was gone.

How can we help these young children fill the void of a relationship that never had a chance to begin?

Creating a relationship where none existed can be a daunting task. As these children grow and mature, and as their understanding of death becomes more realistic, their questions will become more intricate. Their grief will surface in different ways at different ages, but one thing won’t change: their need to know the person who wanted to invite them into this world in the first place.

Melissa Givens, whose husband Jesse was killed in May of 2003, just twenty-eight days before the birth of their son Carson, is now beginning to get more questions from four-year-old Carson. She is also seeing in Carson the emotions of grief that come with a deeper understanding of the permanence of the death and separation. Since Jesse’s death in 2003 others have begun the same journey that the Givens family has embarked on. But others have gone on ahead and already traveled this difficult journey.

Darla Reed, a survivor who was pregnant with their third child at the time her husband Joe was killed in 1996, has had more than eleven years’ experience helping her children to know their father. She writes, “I have made a constant effort to help my children know their father; he is indeed still part of our family.” Some of the suggestions below come from Darla. Some of the suggestions are from Linda Goldman, LPC, thanatologist, and author. Although the suggestions are designed to help create a relationship where none existed, they are also valuable tools to use with children of all ages…

Although Melissa and Darla are separated in experience by time and distance, they both independently brought up one very important aspect of creating relationship: the importance of enlisting extended family in the process, and particularly the immediate family of their spouse.

Melissa overcame relationship obstacles so that a previously estranged relationship could grow, and she has become very close to her mother-in-law. Darla moved to the state where her in-laws lived and stayed there for six years.

They both agree that, if at all humanly possible, it is important to maintain the family ties with the people who raised their children’s father. Parents and siblings of the deceased loved one offer a huge repository of stories, sayings, personality quirks, and incontrovertible evidence of the person who grew up to father the precious children you are raising alone. Both military widows also found strength and comfort in attending TAPS Survivor’s Seminar and Good Grief Camps.