Almost 2000 service members make the ultimate sacrifice each year. Many die in sudden, violent, and often well-publicized events. And while conventional wisdom dictates that the newly bereaved not make any quick, dramatic, permanent decisions in the first year, the military survivor must face moving from base housing, and the men and women who lose a fellow servicemember must continue to fly, fight, and function without pause. 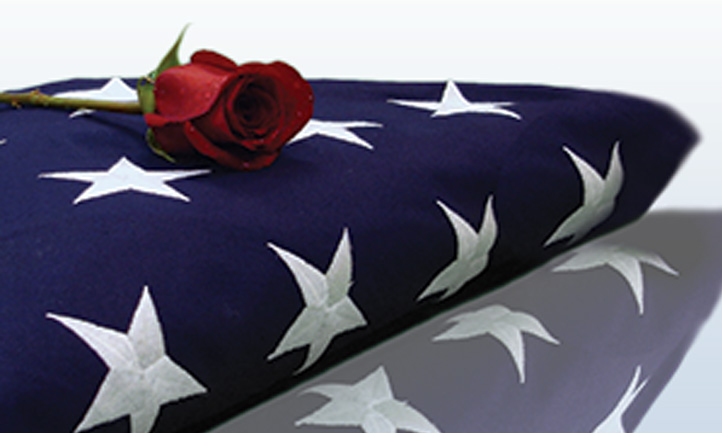 The wife who spent 22 years shopping at the commissary and volunteering in the post hospital must now quickly leave all that and choose where in the world she will begin a new life. The children of the hottest fighter pilot on base must leave their friends and begin a new school as kids who no longer have a dad to come and watch their baseball games. But even if the family remains in the same community, they become invisible, the sad reminder of the price of freedom: no longer included in social activities, no longer asked to volunteer, moving unseen through a world in which they no longer belong.

I was a busy military wife extremely happy with every aspect of life. Then in one day, one moment, that life was shattered. I had seen Tom off at the hangar that morning, along with seven other soldiers going on a routine flight.

Two hours later the pilot called in his approach to the tower. But they never broke out of the clouds that hovered low above the airstrip. Instead, their instruments had deceived them and they descended not onto the runway but straight into a jagged mountain peak at 200 miles per hour.

A uniformed soldier came to my office and told me very gently that the plane was overdue and that I should come to the armory to stand by for more information. I prayed. I knew that Tom would be safe.

There were so many options and so much hope at that early moment. Diverting. Emergency landing. Water landing. It was a great airplane. They were the best pilots. This was a commercial airport, not the dirt strips out in the rural areas where they often flew at great peril.

The news finally came that the plane had been located and the fuselage appeared intact. My hopes soared. But the rescue workers lowered to the scene found no survivors. That's all they said. No survivors. People were screaming and crying and looking so terribly pained.

CNN was already reporting the tragedy involving, among others, two Army generals. Yet I was serene, my heart protecting my head from news it could not possibly comprehend. My closest friend took me aside and said, "The next ten days are important," and that gave me purpose to move forward. I reassured the children that life would continue. I tried desperately to gain control as my universe spun hopelessly out of control.

When I went on television the following day as the "general's widow" to publicly comment that the pilots were the best, the aircraft solid, and the families grateful for the immediate outpouring of support from the community, people were stunned at my composure. When I spoke at the funeral, the faces in the chapel told me that they were more shocked at my ability to stand and speak than touched by the words I had worked so hard to compose. When the children chose to remain in school surrounded by their friends rather than staying home, people questioned my ability to parent.

But six months later, when those who expected anguish from me in the first moments after the crash had disappeared back into their own safe lives, I had fallen so far into despair that I begged for my own life to end. I was paralyzed by fear, overcome with pain, and lost in a monochromatic world. I explored every resource imaginable to find relief from this disabling pain.

Then a turning point came. While one is certainly cursed in a mass casualty, those remaining are blessed with fellow survivors. Misery loves—no, demands—company in order to heal. Seven months after the crash, on Memorial Day, I got back in touch with the other women made widows on that fateful day. We discovered that we shared identical patterns of pain, fear, sadness, and emptiness.

But more than that, we could say things to each other that we hadn't said to anyone else. Not to the therapists who patiently listened. Not to the doctors who wrote prescriptions for anti-depressants.

Not to the family members who felt so helpless. We could talk to each other about why we all left the insurance checks on our dressers for weeks. We could share feelings of wanting our lives to end so that we could be with our loved ones again.

We shared our dreams and visions and visitations, hanging on every message from the "other side." We cried until we were sick, because we felt safe enough to do so in our own company. We laughed hard with each other; no one else found our black humor particularly funny or allowed us the luxury of laughing when it failed to meet their perceptions of grief. We behaved outrageously (we made woolen hats for the headstones) and lived our lives (after all, we had seen death and were no longer afraid of it).

Nine months after the accident we flew to the city near the crash site and after flying over the wreckage, we did what our husbands could not. We landed at the airport. We chartered a helicopter to go up to the wreckage. It was a powerfully healing time, to see physical evidence that the crash had occurred and finally know for ourselves that it was real.

On the one year anniversary, we went together to the hangar they had flown from at the hour of their departure and prayed to go back in time and alter the course of history. Eighteen months after the accident, we traveled from our respective corners of the country and went on a vacation to recapture the freedom and safety that being together gave us.

Out of that healing came an organization called the Tragedy Assistance Program for Survivors (TAPS), a national network of peer support for military survivors, a referral point for grief counseling options around the country, a crisis intervention team whose members have critical incident stress experience, and casework assistance to help families find answers to complicated questions long after their official file has been closed.

TAPS offers this unique dimension to grief and trauma recovery—survivors reaching out and helping each other. Together we can help each other heal. 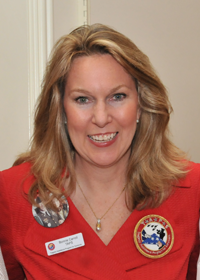 By Bonnie Carroll, Surviving spouse of General Tom Carroll and Founder of TAPS: Bonnie Carroll is president and founder of the Tragedy Assistance Program for Survivors. For more information, see Bonnie Carroll's biography.