I was about seven days into our state’s stay-at-home orders for COVID-19, when I awoke from a night’s dream. It went something like this: It was dusk at the high school my brother and I attended. The parking lot was packed with cars. My parents and I had wondered where my brother, Sam, had gone. It’s one of those weird dreams where you are your current age in the dream, but you are also 16 again. I began searching for cars until I stumbled upon his. He wasn’t there. I pulled out my phone to text him and as I scrolled through my texts, I realized there were no recent texts from him. That’s weird. 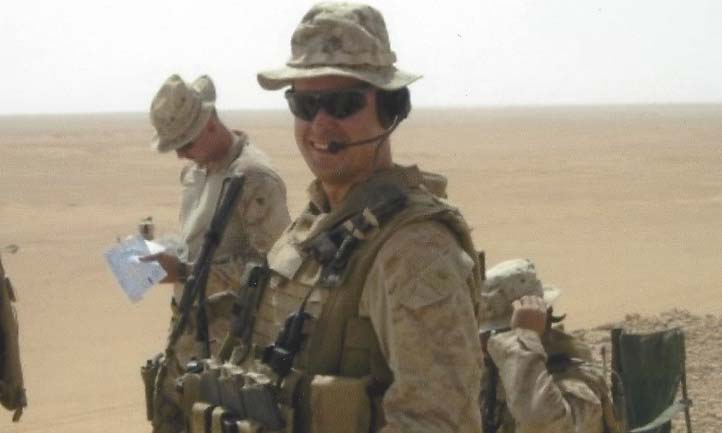 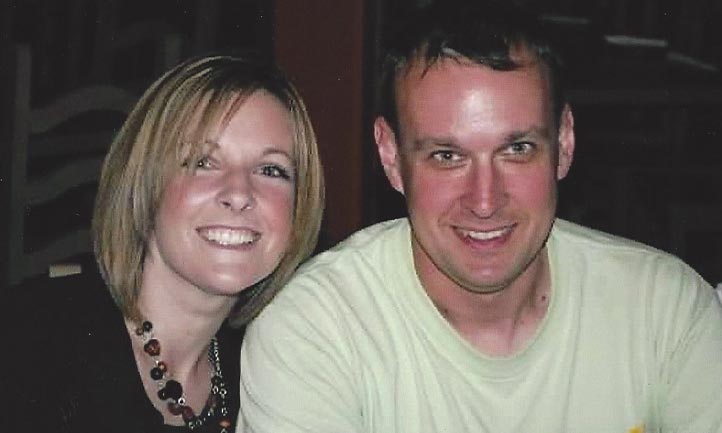 I then went into my contacts and scrolled.  There was no Sam. Maybe it’s under another name. Sammy, brother, bro. Nothing. The beat of my heart was on time like a drum, faster and faster. Where was my brother? I became frantic, grabbing random strangers’ arms, turning them toward me. They could probably feel my breath in their face as I asked, “Do I have a brother? Do you know what his name is?” I was confused as to why my brother was nowhere to be found, no evidence of him in my contacts and I even doubted he had even existed. It had turned from dusk to complete darkness as every car was leaving until the only car left was his. And I was standing there — alone.

I understand it is no coincidence I had a dream like this during this time of isolation when feeling alone is an understatement.

I hadn’t felt that alone since the first two years after his death. We are approaching nine years — how can that be? How can nine years pass that quickly and yet I can still hear the sound of his laugh or his reaction when I tell him something stupid? His little chuckle when he found something I said to be amusing, the lift of one eyebrow when I would wonder what he was thinking, or the stern fatherly voice when I knew I had messed up. Where was that brother?

As I sat quietly with my morning coffee, my heart suddenly sank as I began to think of all the military families who are at home — alone. Alone with their thoughts, their memories, the haunting sound of their loved one’s laughter.  I could feel the worry grow inside me for those who are fearful of forgetting. I remember those days, when that was me feeling hopeless in despair and all alone. I thought of the parents who couldn’t see their grandchildren or rely on any adult children to comfort them, or the spouse suddenly thrown into schooling children at home, with no one to lean on. The child, afraid perhaps, of losing another parent. A world forced into isolation with so many already dealing with depression and anxiety. Who will be there for them? 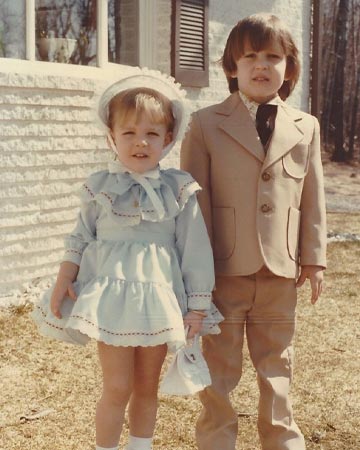 Sam and Renee dressed for Easter, 1980

About three years after Sam had been killed, I started writing a book about our life together. I deleted every word. I wasn’t ready. I had far too much I still needed to face. At the six-year mark, I started again. This time, I had walked through a tremendous amount of healing and I wanted a book that would tell certain stories, but especially to tell the sibling story: the story of sibling love, unwavering loyalty, the closest friend one will ever have. I wanted other siblings to know they aren’t alone. I wanted to show the parents and spouses what our grief looks like, to bring them a level of understanding. I wanted to show how families aren’t perfect and we are all just trying to make it. I wanted people to laugh until they cried because that’s what Sam would have wanted. I wanted to show civilians the ugly and raw parts of being a survivor and how when a hero dies, there is much collateral damage, some that can’t and never will be repaired.

Hope as the Companion

I wanted to display grace, and love, and forgiveness toward the deepest wounds. Most importantly, I wanted to give others hope. Even in the midst of the deepest and darkest isolation, hope is the spark that can get us through anything.

Hope is the middle name I gave my sweet baby girl, born 10 days before Sam’s birthday, four years after his death, and reminded me it was okay to live again.

“I just held my baby girl in my arms, ever so thankful to God for guiding me, speaking to me, and delivering me … in more ways than one. I felt Sam there with me in my heart, cheering me on. I knew he was proud of me too, for taking an impossible step forward. Something bigger than myself happened that day.

It was time for me to start believing for impossible things again.”

— excerpt from “Always My Hero”

I reflect back on those times I felt so isolated in my pain, when I felt Sam’s loss over and over, like the contractions of childbirth, barely being able to catch my breath in between. In a time when our country is in recovery mode and most likely, your heart is too, let us reflect on those things or people, or our faith, that continue to guide us and give us hope. Hope to get through the day, the night, the week. Hope to believe again for greater things — for the impossible. Let the love of those we miss be our guide through the troubled waters of life, but also our inspiration that we can and will, get through this life. Together. 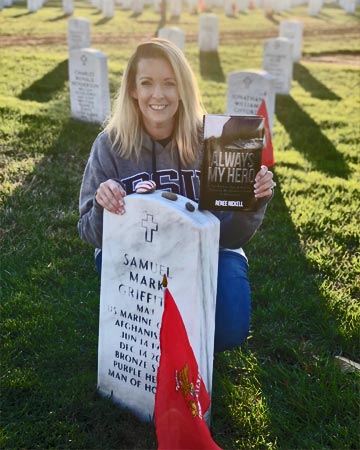 Renee sharing her book with Sam at Arlington National Cemetery

Renee Nickell, author and Gold Star sibling to Major Samuel Griffith, USMC, penned her first memoir, “Always My Hero: The Road to Hope & Healing Following My Brother’s Death in Afghanistan,” after her brother was killed in action in 2011. Nickell’s mission is to increase awareness of the difficulties military families face, so that we can help them endure, recover and heal. Renee is a devoted military wife and other of four. Her current projects include writing the screenplay to “Always My Hero.”