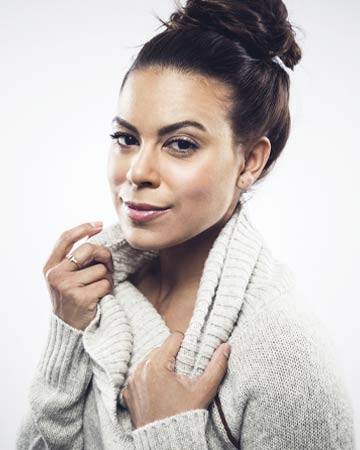 Toni Trucks is a multi-faceted actor hailing from a strong and varied background with roots in the theatre. Trucks spent her early career in New York before making her television debut as the female lead on the SHOWTIME series “Barbershop.”

Trucks is most well known for her role as Ensign Lisa Davis on the hit CBS series “SEAL Team.” Other Series Regular credits include “Franklin and Bash,” and “Made In Jersey.” She was heavily featured in recurring roles in the network series “Corporate,” “NCIS: New Orleans,” “Hostages,” as well as “Grimm” and “Do No Harm.” Her film credits include “Twilight: Breaking Dawn Part 2”, “Ruby Sparks” and “Alexander and the Terrible, Horrible, No Good, Very Bad Day.” Trucks also starred in the short films “The Shift”, “Scars,” and “Scare Package”.

Trucks is an alumnus of both Interlochen Arts Academy and the University of Michigan’s Musical Theatre Program.