Join your TAPS family during this very moving and inspiring memorial month as we honor our heroes nationwide during Carry the Load. 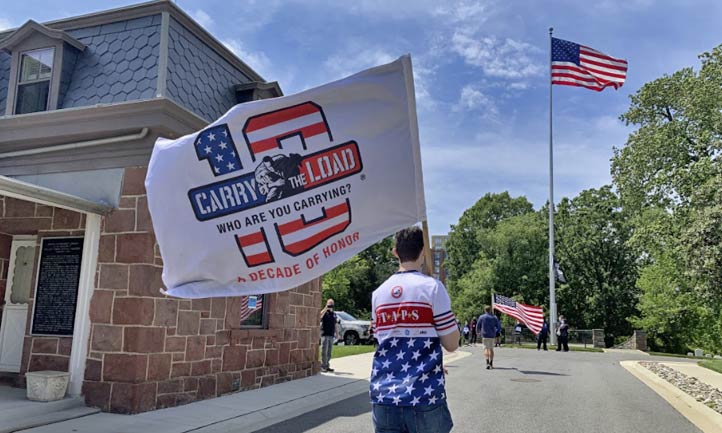 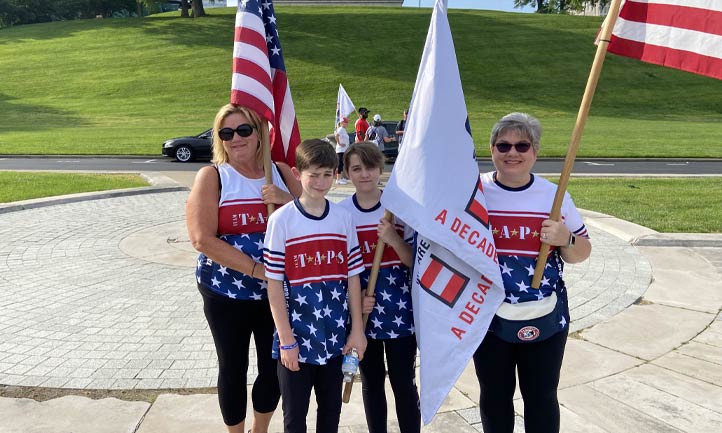 How Can You Participate?

There are several ways you can participate and honor your fallen hero. Join one of the relay routes near your city or town, join others at one of Rally Cities, join the finish at the Dallas Memorial March, or at a relay location with TAPS Togethers and honor your fallen loved one with every step. Be sure to wear your TAPS gear/attire and TAPS photo buttons, as you honor your heroes during these events.

Where Can You Participate?

The TAPS Family will be participating along the five National Relay Routes and Rally Cities and at seven TAPS Togethers events.

We are featuring seven locations where you can join TAPS Staff and Volunteers as we connect and honor the sacrifices made daily by our military, veterans, first responders and their families. Get details about each relay and register to participate for these six locations:

The culmination of the five relay routes will happen on Sunday, May 29 in Dallas, Texas, at the Dallas Memorial March. Our TAPS Dallas Care Group will take part in this special conclusion of this “Memorial May” event honoring all of our fallen heroes.

Register with Carry the Load to participate in one of the five national routes. Join your TAPS family, along with Carry the Load, as we honor the legacy of our loved ones. You can also email teamtaps@taps.org for questions or more information.

*Please note although there is a fundraising component, fundraising is NOT required to participate. However, we do ask that you register on the website to join the team so we know you are participating with us.

As you honor your fallen heroes and carry them with you, we invite you to share pictures of your memorial activity or walk and any thoughts that this inspiring event may bring out. Photos can be emailed to teamtaps@taps.org or post them to your social media channels and tag us @tapsorg.

What is Carry the Load?

For many years TAPS and survivors across the country have participated in Carry the Load, a national relay bringing Americans together in honor our nation’s heroes. What originally started as a Memorial Day event has grown into “Memorial May” — a month-long series of activities that kicks off at the end of April and concludes on Memorial Day.

TAPS is proud to once again be an official non-profit partner with Carry the Load in this moving memorial event. We have been an honored partner since their first inaugural event, and look forward to observing their 11th anniversary with them this May.

For more information OR if you would like to be a TAPS Team Lead in one of the Rally Cities along the five National Routes, please contact teamtaps@taps.org.

About Carry the Load 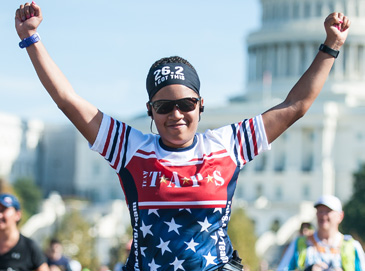 About Carry the Load