TAPS is partnering with the Los Angeles Rams to honor and recognize fallen service members. 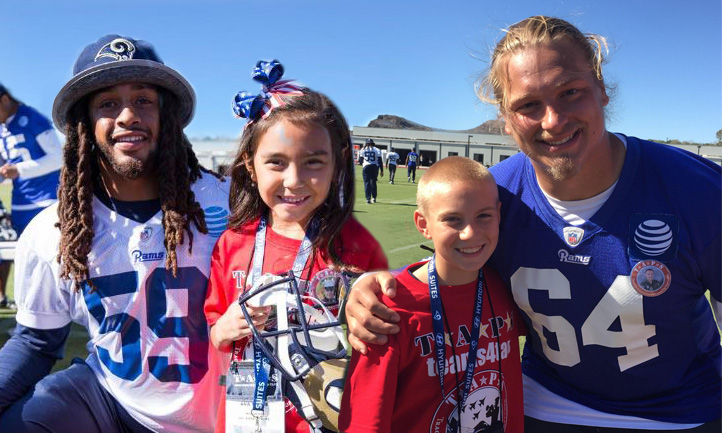 The program will pay tribute to men and women who died while serving in the Armed Forces or from injuries sustained while in service since 9/11. In addition, the hero should have lived, attended school or served in Los Angeles or the surrounding areas. The Los Angeles Rams will honor the memory of our service men and women with their full roster during their Salute to Service game on November 12, 2017, when they host the Houston Texans. The families of the fallen will be recognized at the game.

The Los Angeles Rams will also host families at the Saturday morning practice, on November 11th, at the Rams’ Practice Facility at Cal Lutheran University. This will give families an exclusive opportunity to meet with Los Angeles Rams players and coaches and be presented with a special gift from the team.

If you are interested in this event, please fill out the LA Rams Salute to Service Event Form.

If you have questions, please contact teams4taps at teams4taps@taps.org or by calling the TAPS Helpline at 800-959-8277.