TAPS kids are invited to share their football story for a chance to spend the weekend with teams4taps at the 2017 NFL Pro Bowl! 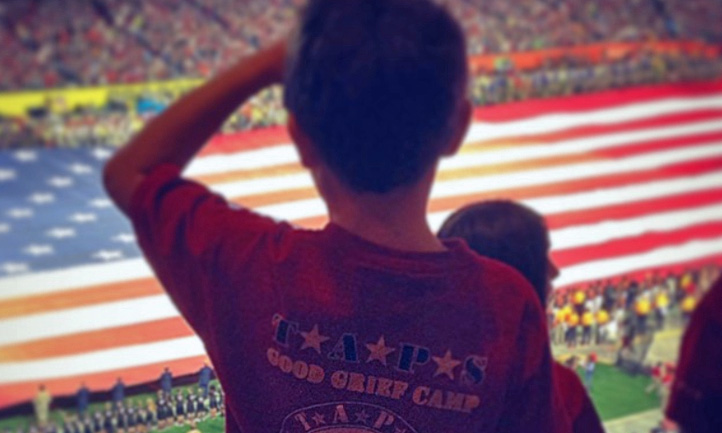 TAPS is thrilled to announce an exciting teams4taps opportunity with our friends at the NFL designed especially for our TAPS kids and their families! TAPS has been invited to the 2017 NFL Pro Bowl in Orlando, Florida, from January 26-30, 2016!

TAPS kids ages 6 to 18 and their families will be hosted by TAPS and the NFL for a weekend of youth-related events including: watching an NFL Practice at the ESPN Wide World of Sports at Walt Disney World, lunches and dinners with TAPS families, meeting NFL players and special guests, and, finally, attending the 2017 Pro Bowl Game at Camping World Stadium. Families will also have time to spend with each other as we reflect on and remember our fallen heroes.

Flights, lodging, tickets and group meals will be provided through generous support from the NFL. Families will stay at the Armed Forces Recreation Center at Walt Disney World, Shades of Green. Attendees will be responsible for any incidentals such as baggage fees, snacks, souvenirs, etc.