Treasurer, TAPS Board of Directors 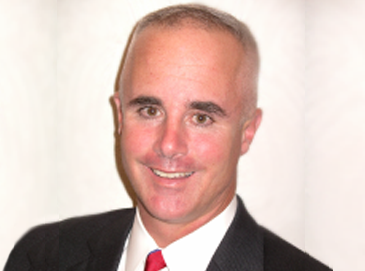 It was U.S. Army Lieutenant Colonel Scott E. Rutter’s unit which assaulted the Iraqi Special Republican Guard and secured the Baghdad International Airport in Operation Iraqi Freedom. For this daring maneuver, his unit was broadly recognized and LTC Rutter was decorated with the Silver Star. During Operation Desert Storm, then CPT Rutter commanded C Company, 2nd Battalion, 16th Infantry, ‘Rangers’ in the 1st Infantry Division and was decorated with the Bronze Star for Valor in 1991. During Operation Iraqi Freedom, LTC Rutter commanded the 2nd Battalion, 7th Infantry ‘Cottonbalers’ in the 3rd Infantry Division and made the initial assault into Iraq all the way to Baghdad as part of the ‘Tip of the Spear.’ A soldier in his attached engineer unit, Sergeant First Class Paul Smith, was awarded the Congressional Medal of Honor posthumously.

He has been described by the media as someone who “likes to get close to the fight, so close that his soldiers sometimes worry about his safety. He insists on traveling with the lead company.”  Michael Corkery, Providence Rhode Island Journal 2003

Scott retired from the US Army after serving over 20 years in Air Assault, Light and Mechanized assignments in the Desert, the Pacific, and in the Continental United States. He served several years overseas and has deployed operationally to Saudi Arabia, Korea, Kuwait and Iraq. Scott also served as a Senior Intelligence Officer with the Defense Intelligence Agency.

As a much sought after speaker, established writer, and experienced media analyst and reporter, his mission now is to raise the soldiers’ voice in the news media.  He has served as a FOX News Channel War Correspondent for several key events in Iraq, most notably during the Battle of Fallujah, Vice-Chairman for Vets for Victory and as President of the 7th Infantry Regiment Association.

After his stint with Fox News Channel, Scott spent his next chapter as an executive in the defense industry, where he served as the Senior Director, Mounted Maneuver Programs, U.S. Combat Systems for BAE Systems leading a 500 Million Dollar business area which included U.S. and international programs for over 30 foreign countries to include Saudi Arabia, Egypt, Israel, Jordan, Australia, Norway, Taiwan and Pakistan.

Scott currently serves as the Founder/President of the Valor Network, Inc., a Service Disabled Veteran Owned telemedicine business with offices in New Jersey and New York.  The Valor Network provides teleradiology to the hospitals in the Department of Defense (Army, Navy and Air Force) as well as the Department of Veterans Affairs that includes the VA Hospitals in Manhattan, the Bronx as well as other facilities nationwide. Scott created this multi-million dollar business after identifying a gap in health care to our Servicemembers, their families and Veterans.  Scott also remains connected to the Defense Industry by providing selected defense organizations with Subject Matter Expertise in market development, business winning and program management.

Scott currently serves as a Member of the Board of Directors and Treasurer for TAPS – Tragedy Assistance Program for Survivors and donates much of his time and energy speaking to organizations and raising awareness about the compelling issues facing our Servicemembers and Veterans. His passion has gained him national attention and has identified him as an expert in Veteran and Family Member issues exemplified by his selection to serve as the Chairman of the National Advisory Board- Veterans and Military Families for Governor Romney’s 2012 Presidential Campaign as well as his position as Senior Advisor to Secretary Clinton for her 2008 Presidential Campaign.