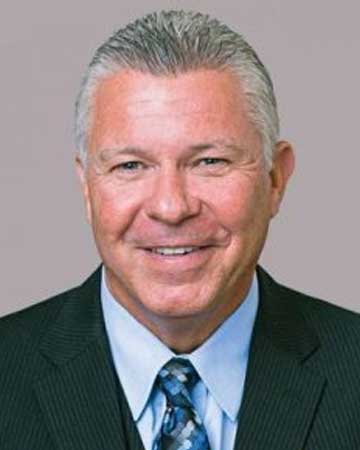 Bob is an NBA Cares Ambassador, member of the TAPS Board of Advisors, and currently the Southeastern Conference (SEC) Special Advisor Officiating Development/Performance. He has served as the NBA's Vice President of Referee Operations and Director of Officials for years, after 25 seasons as an NBA referee. Prior to his career in professional basketball, Delaney was a highly decorated New Jersey State Trooper who went undercover to infiltrate the mafia; causing his own post-traumatic stress journey. His firsthand experiences coupled with a passion to better understand mental health makes him an expert on the subject. His efforts to educate and bring attention to the topic of post-traumatic stress have entailed visits to military troops around the world, including multiple trips to Afghanistan and Iraq. Described by General Robert Brown, U.S. Army Four Star Commander of the Pacific, as the "person who related to soldiers better than any visitor I have seen in my 36 years in the military," Delaney authored a book on the topic, Surviving the Shadows: A Journey of Hope into Post Traumatic Stress. He is also the author of Covert: My Life Infiltrating the Mob. He is currently working on a new book, Leadership Lessons from the Boardroom, Locker-room, War-room. He has been the subject of numerous media articles and shows including Dr. Sanjay Gupta CNN.