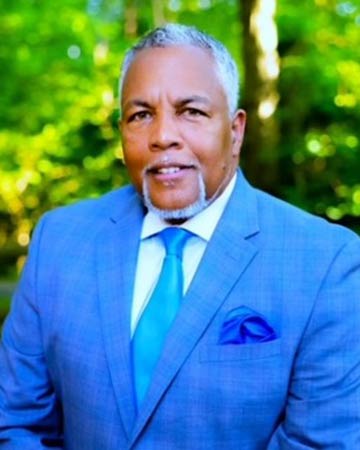 Mark "Ranger" Jones’ life can only be described as “living the dream”. Retired from a distinguished career as a U.S. Army Ranger in 2001 where he served in Desert Storm, Desert Shield, served as the aide to the Commander of the U.S. Army Special Operations Command, General Wayne Downing and became the Senior Enlisted Aide to the Chairman of the Joint Chief of Staff, General Hugh Shelton.

It is Ranger’s military insight and vision that has allowed him to provide strategic direction for the Armed Forces, to the private sector and federal agencies preparing strategic plans, directing preparations of contingency plans, advising on programs, requirements and budgeting as well as developing joint doctrine, training, and education.

Following his retirement from the military, Ranger established The Ranger Group, LLC, a service-disabled, veteran owned business located in McLean, Virginia. Comprised of security and construction divisions, The Ranger Group saw immediate success with the completion of large hospital construction projects creating partnerships with some of the largest construction contractors along with the Department of Defense, U.S. Treasury, and NIH agencies.

At the heart of everything Ranger does lies a deep passion to impact the lives of our military, veterans and their families. With the vision of providing a quality food and beverage brand that would directly serve service men and women allowing them the opportunity to relax, eat healthy and provide them a sense of home, Ranger Foods LLC. was born.

Ranger became a franchise owner of “Walk-On’s Sports Bistreaux” extending his commitment to the military both inside and outside of the restaurant business. In 2018, Walk-On’s broke the world record for making the largest pot of gumbo donating all the proceeds to building a Fisher House in New Orleans. And in 2021, is a proud sponsor of the Wounded Warrior Games in Orlando.

Expanding his food franchises, Ranger serves as a consultant for “Freshen’s” and “Burrito Bowl” along with opening both the “Twisted Taco” in Virginia and “Happy’s”, an Irish Pub located on Ft. Bliss, becoming the only veteran-owned business on a military installation. 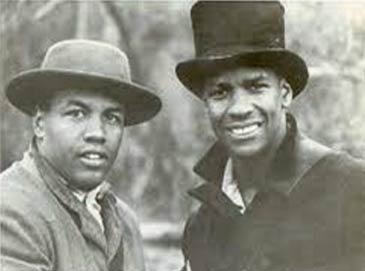 Ranger added “Military Advisor” to his already distinguished list of titles, when he had the opportunity to join the cast of “Glory”. This would spawn a 30-year friendship with Denzel Washington and more importantly open even more doors that would allow him to give back to the military and its veterans. Ranger is presently working with Denzel as both an actor and Military Advisor on a film called “A Journal for Jordan”, a true story being filmed at Ft. Irwin about a fallen U.S. Soldier.

Ranger does not just give back through his business ventures but also commits his time and energy to multiple philanthropic ventures. Having completed 4,000 Airbonne Jumps, Ranger created the “Ranger Group Parachute Team”, a group that gives the opportunity to experience the exhilaration of a tandem parachute jump, specifically for disabled veterans. Ranger has had the honor to jump with influential dignitaries such as General Hugh Shelton, General (Ret) David Petraeus, General Wayne Downing, and the 41st President George H.W. Bush.

A staunch advocate and supporter of our service men and women, veterans and their families Ranger has served on the Board of Trustees for many years with the Fisher House™ Foundation. The Fisher House donates “comfort homes”, built on the grounds of major military and VA medical centers. These homes enable family members to be close to a loved one at the most stressful times-during the hospitalization for an unexpected illness, disease, or injury.

Ranger is mindful of the organizations he supports and focuses his energies on those that positively impact both those active in the Armed Forces, veterans and their families, which is why he serves on the Board of Directors of TAPS and continually supports Gold Star Families, two non-profits that provide services, hope and healing to those grieving the death of a military loved one.

He is further honored to serve as the only enlisted Emeritus Member, for the U.S. Army Command and General Staff College helping them further their mission of educating and developing leaders as a lead agent for the Army’s development programs. Ranger has recently joined the Board of Directors of Delos, an organization committed to wellness and promoting healthier living indoors and will be serving alongside Michael B. Jordan, Jennifer Lopez and Dr. Deepak Chopra.

Ranger is on a mission to educate veterans and non-commissioned officers on how to build a thriving career after the military. He is a highly sought after as a motivational speaker and speaks on everything from the benefits of hiring veterans to how to achieve your goals and reaching massive success. Ranger credits his success to the leadership principles instilled in him from the Army allowing him to become a successful CEO and Entrepreneur. Mindful of everything he does he has committed his life to giving back directly to those who have served our country.