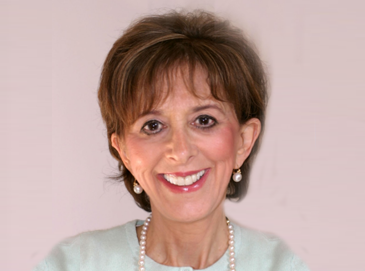 Linda Goldman has a Fellow in Thanantology: Death, Dying, and Bereavement (FT) with a Master of Science in counseling and Master's equivalency in early childhood education.  Linda is a Licensed Clinical Professional Counselor and a National Certified Counselor.

She worked as a teacher and counselor in the school system for almost 20 years. Currently, she has a private grief therapy practice in Chevy Chase, Maryland. She works with children, teenagers, families with prenatal loss and grieving adults. Linda shares workshops, courses and trainings on children's grief and trauma and teaches as adjunct faculty in the Graduate Program of Counseling at Johns Hopkins University and King’s University College in Ontario, Canada. She has also taught on the faculty at the University of Maryland School of Social Work/Advanced Certification Program for Children and Adolescents and lectured at many other universities including Pennsylvania State University, Buffalo School of Social Work, University of North Carolina, the National Transportation Safety Board, the University of Hong Kong, and the National Changhua University of Education in Taiwan as well as numerous schools systems throughout the country. She has taught on working with LGBT youth and working with children's grief and trauma at Johns Hopkins Graduate School, the University of Maryland School of Social Work and the Child Welfare Administration.

She has written many articles, including Healing Magazine’s “Helping the Grieving Child in the Schools” (2012), “The Bullying Epidemic, Creating Safe Havens for Gay Youth in Schools” (2006), “Parenting Gay Youth” (2008), “Talking to Kids About Suicide” (2014), “Helping Kids Cope with Grief of Losing a Pet” (2014) and “What Complicates Grief for Children: A Case Study” (2015). Some of her articles on Children's Grief and trauma have been translated into Chinese for the Suicide Prevention Program of Beijing. She appeared on the radio show Helping Gay Youth: Parents Perspective (2008) and has testified at a hearing before the MD Joint House and Senate Priorities Hearing for Marriage Equality (2007) and the MD Senate Judicial Proceedings Committee for the Religious Freedom and Civil Marriage Protection Act (2008).