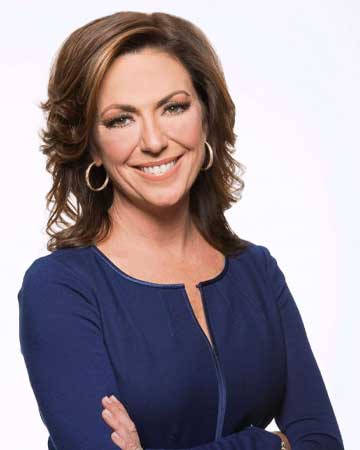 Kyra Phillips is a correspondent for ABC News, based in Washington D.C., covering the White House and is part of the Investigative Unit. Prior to joining ABC News she was an award-winning anchor for “Live From,” “CNN Newsroom,” “American Morning,” and moved to HLN in 2012 to anchor “Raising America with Kyra Phillips”, a daily interactive program that focused on news impacting the modern American family. She was a correspondent for the CNN investigative and documentary units.

Her work has taken her all over the world, covering breaking news across the Middle East. During her four assignments in Iraq she embedded with troops aboard the USS Abraham Lincoln, documented substance abuse in the Iraqi military, reported from inside Saddam Hussein's cell, and travelled to Baghdad’s School for the Blind. Phillips became the first female journalist to fly in an F-14 air-to-air combat training mission over the Persian Gulf and her war coverage secured her the Atlanta Press Club's National Reporter of the Year in 2007.

Here in America, she has documented everything from the aftermath of Hurricane Katrina and the impact on the people of New Orleans to rising racial tensions in Jena, Louisiana, after nooses were hung outside of the town's high school.

Phillips had devoted much of her career to long-form investigative reporting. She has investigated sexual misconduct allegations in the United States’ top military academies, sexual predators working in some of the United States’ most famous theme parks, and war atrocities allegedly committed by a former commander in Somalia’s army.

Throughout her career, she has gained exclusive access to some of the world's most public figures from former presidents to Mother Teresa. Most recently, she interviewed former Joint Chiefs of Staff General Martin Dempsey about the rise of ISIS, Reverend Billy Graham in his last television interview, and Admiral Thad Allen, National Incident Commander for the Deepwater Horizon spill in the Gulf of Mexico, gaining unprecedented access to the disaster site.

She volunteers for a variety of organizations that help those in need. She participates on the board of The Fisher House Foundation, and serves on the Board of Directors for the Tragedy Assistance Program for Survivors. She received the National Global Down Syndrome Foundation's Quincy Jones Exceptional Advocacy Award in 2013 and is now a Global Ambassador. Phillips is also the co-author of The Whole Life Fertility Plan published in 2015, a contributing writer on Chicken Soup for the Soul: Billy Graham & Me, and is a 2017 Forty Over 40 honoree.

Phillips earned a bachelor's degree in Journalism from the University of Southern California. She is married and the proud parent of twins.