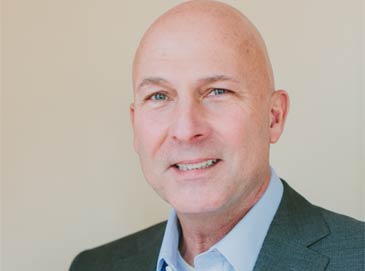 Joe Anderson is a visionary leader with unparalleled global experience. Throughout his career, he held military roles that essentially are the same as civilian COOs, culminating in Deputy Chief of Staff for the U.S. Department of the Army. In this position, he carried out the role of Chief Operating Officer for the entire U.S. Army, responsible for all operations involving more than 180,000 soldiers deployed in 140 countries as well as supporting all emergency operations in the U.S., including relief efforts for disasters such as Hurricanes Irma, Maria and Florence. He also was responsible for all Army training, leadership development, education policy, mobilization and staff preparedness, and oversaw a budget of $23.2 billion.

As Commanding General of the XVIII Airborne Corps in Fort Bragg, North Carolina, and Operation Enduring Freedom in Afghanistan, Joe was responsible for four combat divisions, including more than 275,000 men and women on multiple military bases with units engaged in combat in Afghanistan. He essentially fulfilled the role of "mayor" at Fort Bragg, the largest U.S. military post in the world, overseeing a city that is more than 250 square miles in area, has a civilian/military combined population of more than 80,000 and provided all of the municipal services that any city has to offer. He was also Commander of the International Security Assistance Force Joint Command, which was a coalition of 48 nations.

Earlier positions in the Army include Commanding General of the 4th Infantry Division in Fort Carson, Colorado; Director of Operations, Readiness and Mobilization at U.S. Department of the Army Headquarters in Washington, D.C.; Chief of Staff of the Multi-National Forces for Operation Iraqi Freedom in Iraq; Deputy Commanding General of U.S. Army Recruiting Command in Fort Knox, Kentucky; Chief of Staff III Corps at Fort Hood, Texas, and Operation Iraqi Freedom in Iraq, which was a coalition of 28 nations; and various assignments of increasing responsibility and authority.

Joe is married and has two adult sons, one of whom is serving in the Army. Joe is an avid runner and likes to work out, ski, play golf and tennis, and garden. He also enjoys traveling, eating good food and drinking fine wine.