Chairman, TAPS Board of Directors 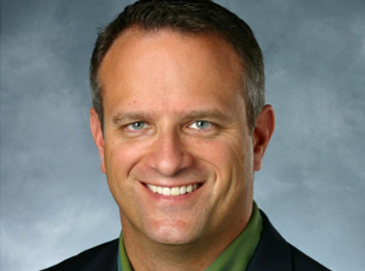 He has also served as CEO of Enterworks, an affiliated company, from 1996 to August 2005, and as chairman from January 1995 until present. Prior to joining Telos, Wood worked on Wall Street for Dean Witter Reynolds, UBS Securities and his own boutique investment bank. He earned a bachelor's degree in finance and computer science from Georgetown University.

Wood serves as treasurer and member of the board of directors for Project Rebirth, a nonprofit organization that is documenting the strength of the human spirit in coping with the aftermath of September 11, 2001, at the World Trade Center (WTC). A time-lapsed film of the rebuilding of Ground Zero frames the year-by-year development of the lives of 10 9/11 survivors. Project Rebirth is the only living record of the minute-by-minute development of the site, and will be a component of the WTC Memorial Museum and archived in the Library of Congress. The proceeds of the film will be reinvested in the Project Rebirth Center, which will help meet an urgent need for improved care and support for victims of and first responders to future disasters of all kinds, man-made or natural.

In 2012 Wood joined the Board of Directors for the Tragedy Assistance Program for Survivors (TAPS). TAPS is the national organization providing compassionate care for the families of America's fallen military heroes and has offered support to more than 35,000 surviving family members of our fallen military since 1994.

Wood is also an active member of the business community, championing the concept of civic entrepreneurship. He is the founding chairman of the Loudoun County CEO Cabinet and served for five years as chairman of Loudoun County's Economic Development Commission, a group of volunteer business people who help form economic development policy for Loudoun County.