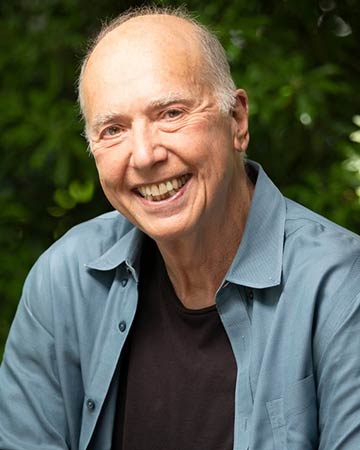 Dr. Gordon, a psychiatrist and former National Institute of Mental Health researcher, is a Clinical Professor at Georgetown Medical School and was Chair of the White House Commission on Complementary and Alternative Medicine Policy. He is the author of Transforming Trauma: The Path to Hope and Healing. In his role as the founder and executive director of The Center for Mind-Body Medicine (CMBM), Gordon has created and implemented the world’s largest and most effective program for healing population-wide trauma. He and his 150 international CMBM faculty have brought this program to war-traumatized populations in the Balkans, the Middle East, and Africa; to first responders, military personnel and veterans and their families in the U.S.; to communities that have suffered climate-related disasters, endured school shootings, and struggled with the opioid epidemic; and to Native American children and their families—as well as to stressed out professionals, stay-at-home mothers, inner-city children, White House officials, health professionals and medical students, and people contending with severe emotional and physical illnesses. Dr. Gordon has authored or edited ten previous books, including Unstuck: Your Guide to the Seven-stage Journey Out of Depression. He has written often for popular publications including The New York Times, The Washington Post, The Atlantic, and The Guardian, as well as in professional journals. Dr. Gordon has also served as an expert for such outlets as 60 Minutes, the Today show, Good Morning America, CBS Sunday Morning, Nightline, CNN, MSNBC, and NPR.