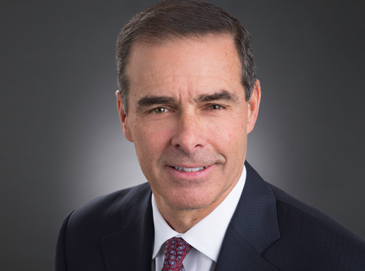 Mr. Krivo is a Managing Director for Cerberus Operations, the Firm's industry-leading operating platform. In his role, he serves as a Senior Operating Executive for Defense and Aerospace investment opportunities and operations.

From 2016 to 2021, Mr. Krivo served in numerous senior roles, including as Chief Executive Officer, Chief Operating Officer, and a member of the Board of Directors at DynCorp International, a multibillion-dollar aerospace and defense services company. During his tenure as Chief Executive Officer, Mr. Krivo spearheaded operational and strategic growth initiatives to strengthen the business, which culminated in DynCorp's sale to a strategic buyer.

Mr. Krivo retired from active duty in the United States Army after more than two decades of service in a variety of command and staff positions. They included policy advisor to the Chairman, Joint Chiefs of Staffs (China/Taiwan); strategy advisor to the Chief of Staff of the Army; senior military spokesperson for all Coalition Military Forces in Iraq; Joint Operations Officer for a Task Force responsible for the Air & Missile Defense of the State of Israel; and Mechanized Task Force Commander in Tuzla, Bosnia.

Mr. Krivo is the Chairman of the Board at Tier One Group, and serves on the Boards of Source Code, NetCentrics, and Red River. Mr. Krivo also serves on the Board of Directors for the Tragedy Assistance Program for Survivors (TAPS), the leading national organization providing compassionate care for the families of America’s fallen military heroes.