Secretary, TAPS Board of Directors 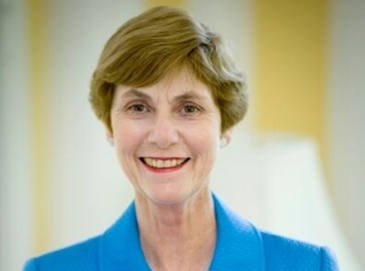 A Navy spouse for 43 years, Deborah and her husband, Admiral Mike Mullen, have lived on naval installations on both coasts and overseas in the Philippines and Italy.  They returned to Washington, D.C. in 2005.  Admiral Mullen retired from the U.S. Navy in 2011 after 43 years of distinguished serviced.  Prior to his retirement Admiral Mullen served as the 28th Chief of Naval Operations and the 17th Chairman of the Joint Chiefs of Staff.

Mrs. Mullen is a staunch advocate of military families, surviving family members, homeless veterans, and family readiness efforts.  She met with spouses at military installations at home and abroad to get at the heart of the issues affecting their quality of life.  She served on the board of Naval Services FamilyLine for five years and was also a member of the FamilyLine committee that developed the COMPASS program.  COMPASS is a peer-based mentoring program developed by Navy spouses for new Navy spouses to enhance their knowledge through experience to meet the challenges of the military lifestyle. She served twice as Chairman of the New Flag Officer Training Symposium spouse committee and served for five years as the senior spouse advisor to the Navy’s Command Spouse Leadership Course in Newport, Rhode Island.

Mrs. Mullen is the proud sponsor of the USS Dewey (DDG 105).  The Dewey was commissioned in Seal Beach, California on March 6, 2010 and is currently homeported in San Diego, California.

In 2013 Mrs. Mullen joined the Board of Directors for the Tragedy Assistance Program for Survivors (TAPS).  TAPS, founded in 1994, provides compassionate care and resources to those families grieving the loss of their loved one who served our country in uniform.  She also serves on the Board of Directors of ThanksUSA.  ThanksUSA provides needs-based scholarships and pathways to employment for children and spouses of our troops.  She serves on the Board of Directors of the 1887 Fund. The goal of the 1887 Fund is to return the West Los Angeles Veteran Campus to be a home for veterans and to restore the original five buildings on the campus beginning with the Wadsworth Chapel.  Mrs. Mullen is an honorary member of the Emeritus Board of Easterseals DC MD VA.  Easterseals provides services, education, outreach, employment support, and advocacy to people living with disabilities, military, veterans, and their families.  She also serves on the Harvard Business School’s Advisory Board.