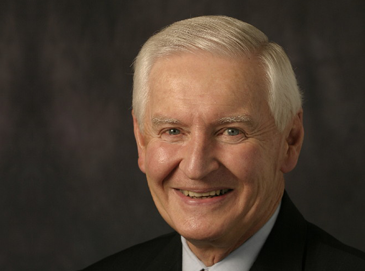 Mr. Hefti has a background that encompasses Congress, the Executive Branch, and private industry. He provides his clients with comprehensive representation in the Federal marketplace. He has more than 40 years in the legislative and public affairs areas of defense, aerospace, energy, space, and aviation, and is admired for his ability to affect policy, secure funding, develop new Federal business, and build industry partnerships. Before becoming a Vice President at Van Scoyoc Associates in 2002, Mr. Hefti was Principal Deputy Assistant Secretary of Defense for Legislative Affairs, providing legislative advice to both the Secretary and Deputy Secretary of Defense.

During his career as a U.S. Marine Corps artillery officer, Mr. Hefti, served as Liaison Officer to the U.S. House of Representatives while on the staff of the Secretary of the Navy from 1977 through 1980. Before that, he spent three years as Director of National News Media for the Marine Corps. He retired as a lieutenant colonel in 1981. Between tours of duty at the Pentagon, he worked in private industry and on Capitol Hill, where he was National Security Advisor to U.S. Sen. John Warner, R-Va.

For 14 years, Mr. Hefti was Vice President of Government Relations at Honeywell International (and AlliedSignal/Bendix). He was responsible for handling the legislative strategies of three businesses with more than $10 billion of sales. He also managed legislative support for major programs in the Department of Defense, NASA, Department of Energy, and Federal Aviation Administration for five years as a defense lobbyist for The Boeing Company.

As a Vietnam veteran, former Marine casualty assistance officer, and occupant of the Pentagon on the morning of Sept. 11, 2001, Mr. Hefti knows the sacrifices of American military families, and is active in several organizations that seek to lighten their burdens. He sits on the Board of Directors of the Tragedy Assistance Program for Survivors (TAPS) and for the past six years has been Chairman of the Annual TAPS Honor Guard Gala helping raise over $6 million. He is on the Advisory Board of Our Military Kids, an organization that provides grants to children of deployed or severely injured Guard and Reserve service members. He also sits on the Board of Directors of the Marine Corps Association Foundation and the Center for Security Policy.