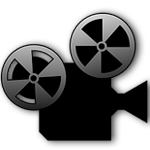 At our TAPS Good Grief and Family Camp at Home you will have a chance to experience the wonderful activities we perform at our campouts, to get connected with your family through challenges, and to engage with others by sharing your challenge experience on social media, and coming together for a live Zoom chat and activity with your TAPS family!

Get your creative juices flowing and get ready to be entertained! This week is all about the Lights! Camera! Action! Inspired by the world of movies and theatre, we created activities, games, and challenges around what it is like to create a script, to film a movie, to become an actor or actress, and to sit back and enjoy the show!

Introduction to our week at camp is provided by TAPS Mentor, and U.S. Army Sergeant Tanner Hagerty. Tanner’s unique energy and enthusiasm to mentor brings such a joy to our TAPS kids and fellow mentors. Youth Programs is excited to have Tanner welcome us this week! 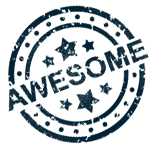 Don’t forget, each time you participate in TAPS Good Grief and Family Camp you earn points for a TAPS prize!!  You can participate in one way or many!

What counts as participation? You will earn a point when you share a photo. You can participate by sharing your family's time participating in one of the many activities within the camp to include: the family challenge, the activity booklet, performing an activity from the video, or by showcasing your family meal lastly. One photo is counted per week for points but we would love to see all the great ways you are enjoying the camp at home!

You will also earn a point when you join us on the Facebook Live chat on Wednesday!

Submit your photos in any platform you are most comfortable sharing, whether it be our TAPS Instagram, our Facebook, or sending us an emailed copy for us at Youthprograms@taps.org to post for you!

Make Your Very Own Hollywood Movie Clapboard (all ages)

Let’s add some Hollywood fun and make our own movie clapboard. Using a few basic supplies we will create a cute prop to use in our photos, videos and play. With room to write on we can add names, dates and intentions to our everyday memories. While this activity is suitable for every age the video will be geared towards a younger child who is working in a safe creative space with an older sibling, family member or adult.

Instructions:
Hollywood Movie Clapboard (PDF)
Right click on the image below that you would like to color, save it to your computer and print it out on landscape orientation on 8.5" x 11" paper. 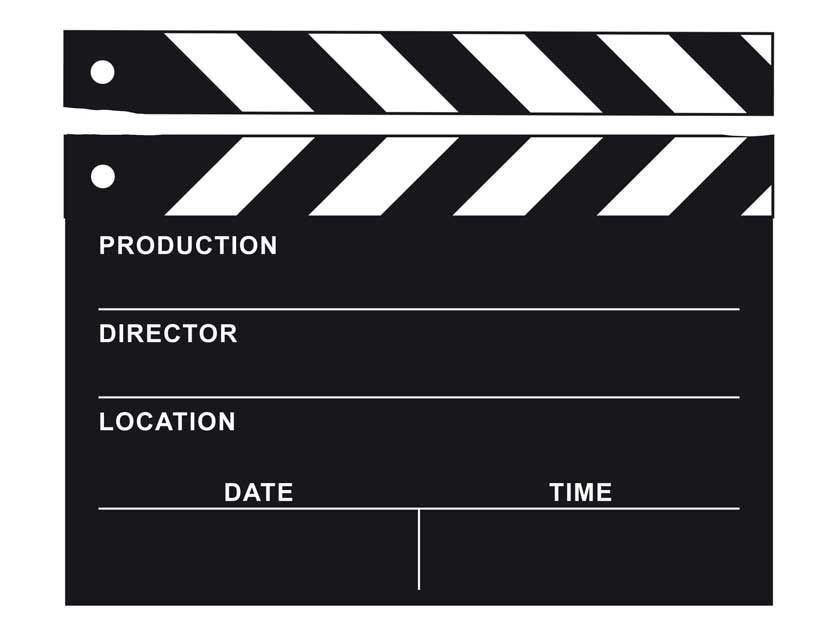 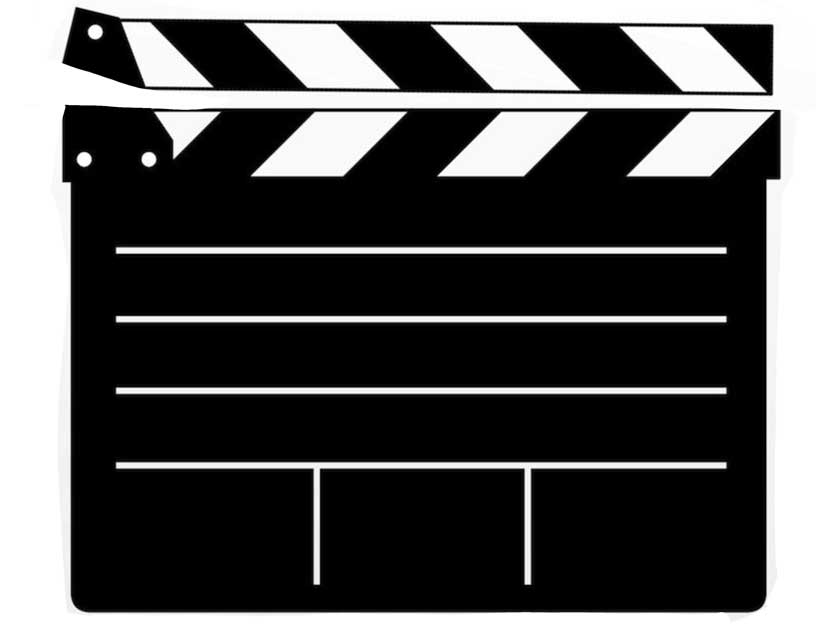 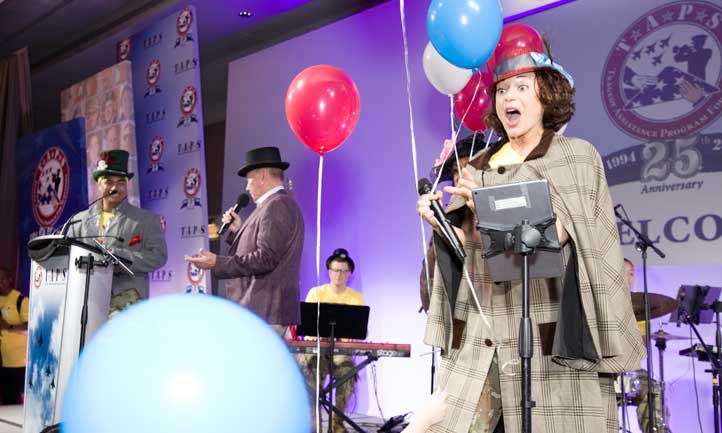 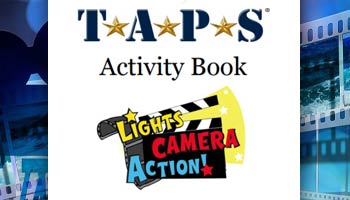 We know this summer can get very busy with computer assignments or dance classes, or connecting with relatives who live far away. So we created this booklet filled with fun activities that anyone can do and from anywhere. Maybe outside under the shade of a tree, or in your room during a raining day. We know you will have fun with this activity booklet, from the crossword puzzle to the additional recipes and challenges, it is something the whole family can enjoy! 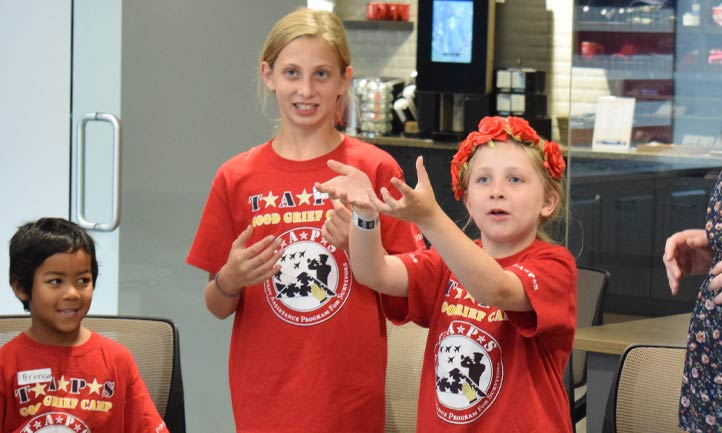 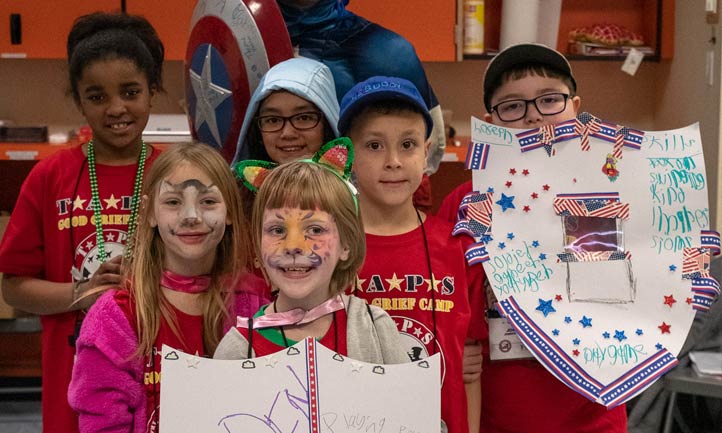 This week we encourage the whole family to come together to create a family skit!

Start by thinking of ideas on what you want to showcase! Write your own script with inspiration from this week's activity booklet. Bring your comic strip to life by acting out the characters, get creative by making your own costumes, building your own set designs, and making sure lights are as you like it!  Perform your skit during a family fun night, and/or record it for an entertaining memory to watch later!

Fulfill this challenge by taking and submitting photos and/or videos of your family during your  family challenge. TAPS gear and your Flat mentor are highly encouraged!

What a fun way to come together than over a meal we can all share in creating, and eating. Enjoy these almost Hollywood approved meal ideas! 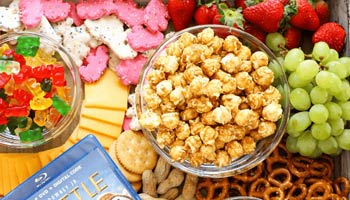 Movie Night Snack Tray
Allow everyone in the family to pick their favorite movie snack to add. Get creative, add something salty, something sweet, and something that’s a bit of a surprise! 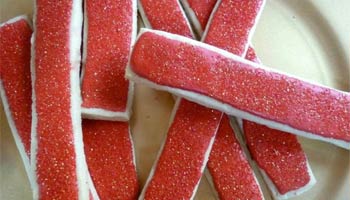 Instead of our usual Thursday zoom chat we have a special LIVE event Wednesday, July 29 at 7 p.m. Eastern on TAPS Facebook. TAPS Sports & Entertainment will be hosting a TAPS Spotlight with the cast of the Broadway musical 'Bandstand.' We will get an opportunity to ask the cast questions about acting, theatre, costumes, and more!! 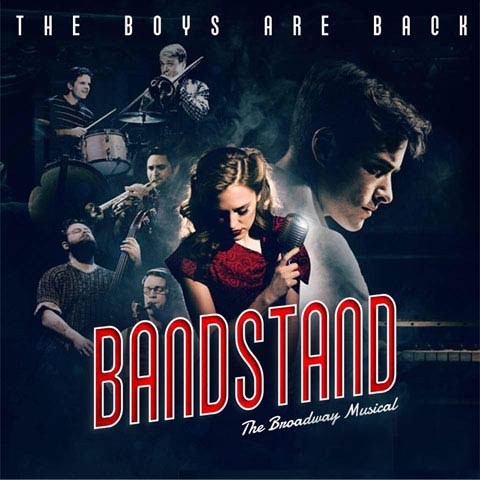 'Bandstand', a Tony Award Winning Show: Donny Novitski is back from the war and unsure what the future holds. His nights are restless, with visions of the battlefield running through his mind, but perhaps music holds the key to his recovery. A once-promising jazz musician, Danny's interest is piqued by a national song competition on the radio, with the winning band bagging an appearance in an MGM movie! Donny sets about putting together a band of fellow veterans, determined that their terrible past experiences shouldn't hold them back from claiming a better future.

With the band improving, Donny's luck seems to have hit an even bigger break when he finds the beautiful and talented widow Julia to be their singer. A romance begins to blossom between the two, yet the band are heading into choppy waters. Their collective pasts can't be so easily forgotten, and the tension caused by all their underlying mental stresses is threatening to break the band apart. As the competition looms closer, they must rediscover their unity if they stand a shot at glory. 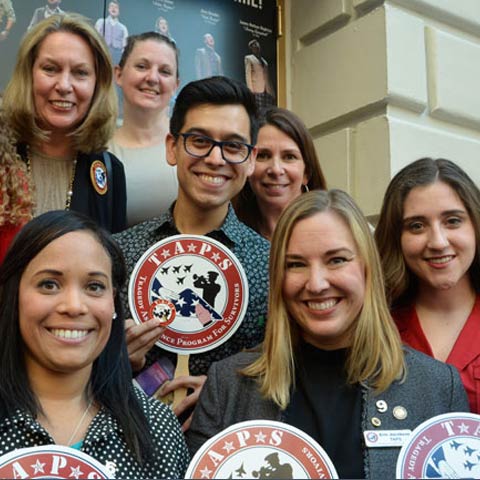 TAPS Relationship with the Show

TAPS and 'Bandstand' have a special relationship since the original cast hosted several survivors at a June 2017 performance. After hearing testimonials about survivors' grief journeys, the actors wanted to make sure they were not only accurately portraying the emotions connected with grief and loss, but also wanted to make sure that they were doing everything they could to honor the life and legacies of our nation's veterans and fallen heroes with each performance.

Throughout the 2019-2020 Bandstand National Tour, the cast hosted many TAPS families at theaters across the country. In March, the cast visited TAPS Headquaters where they spent time with staff and learned more about the special ways that TAPS supports survivors. In addition, the cast shared their personal connections to the military and what it meant to them to be part of the show as well as took part in a special service project. 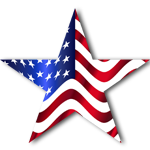 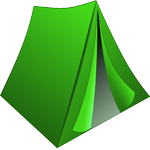 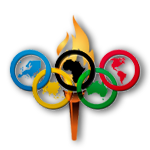 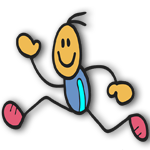 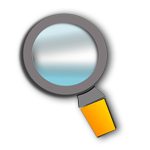 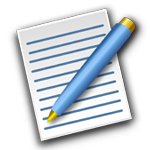 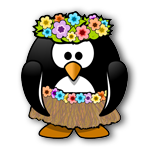 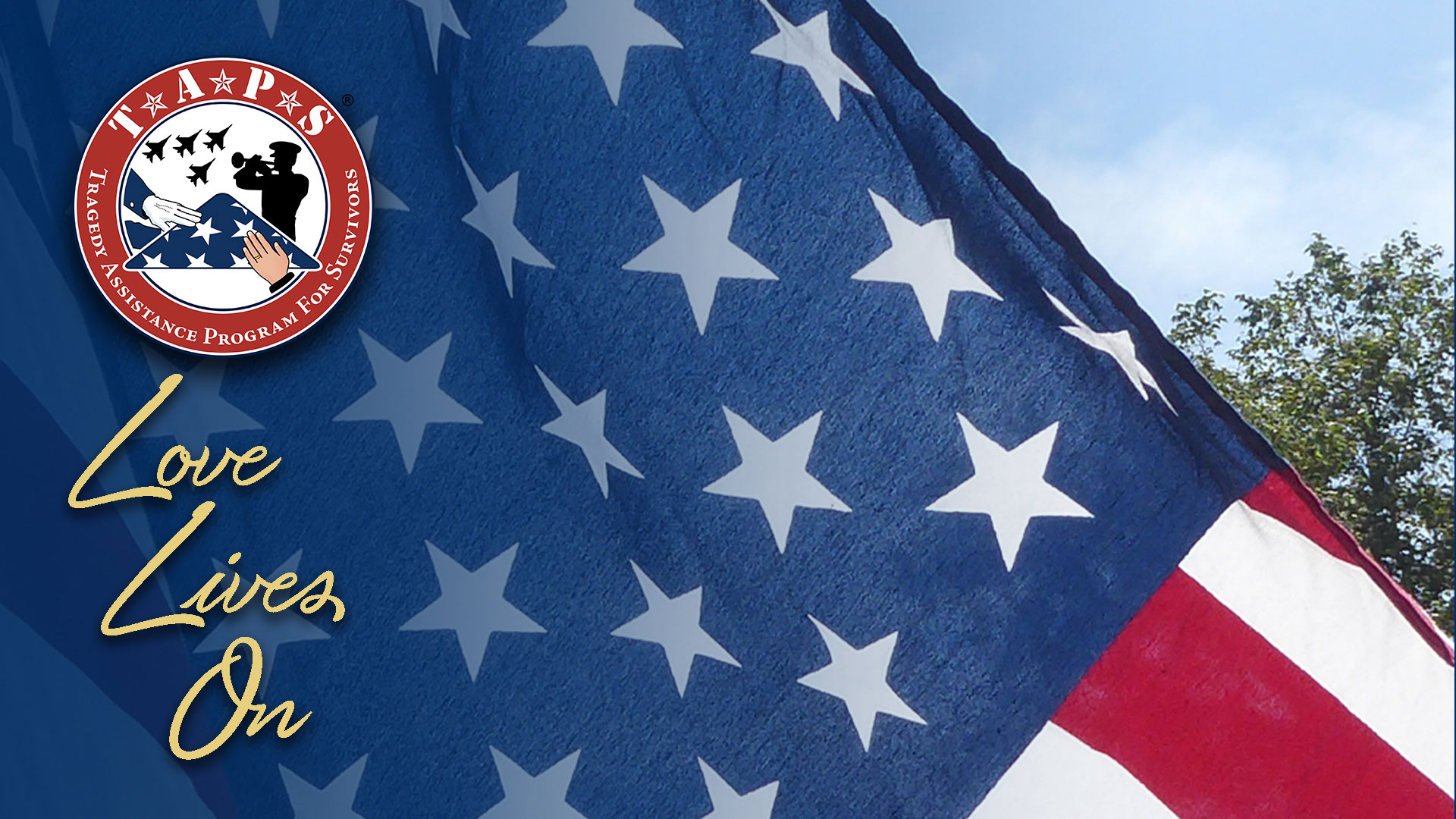 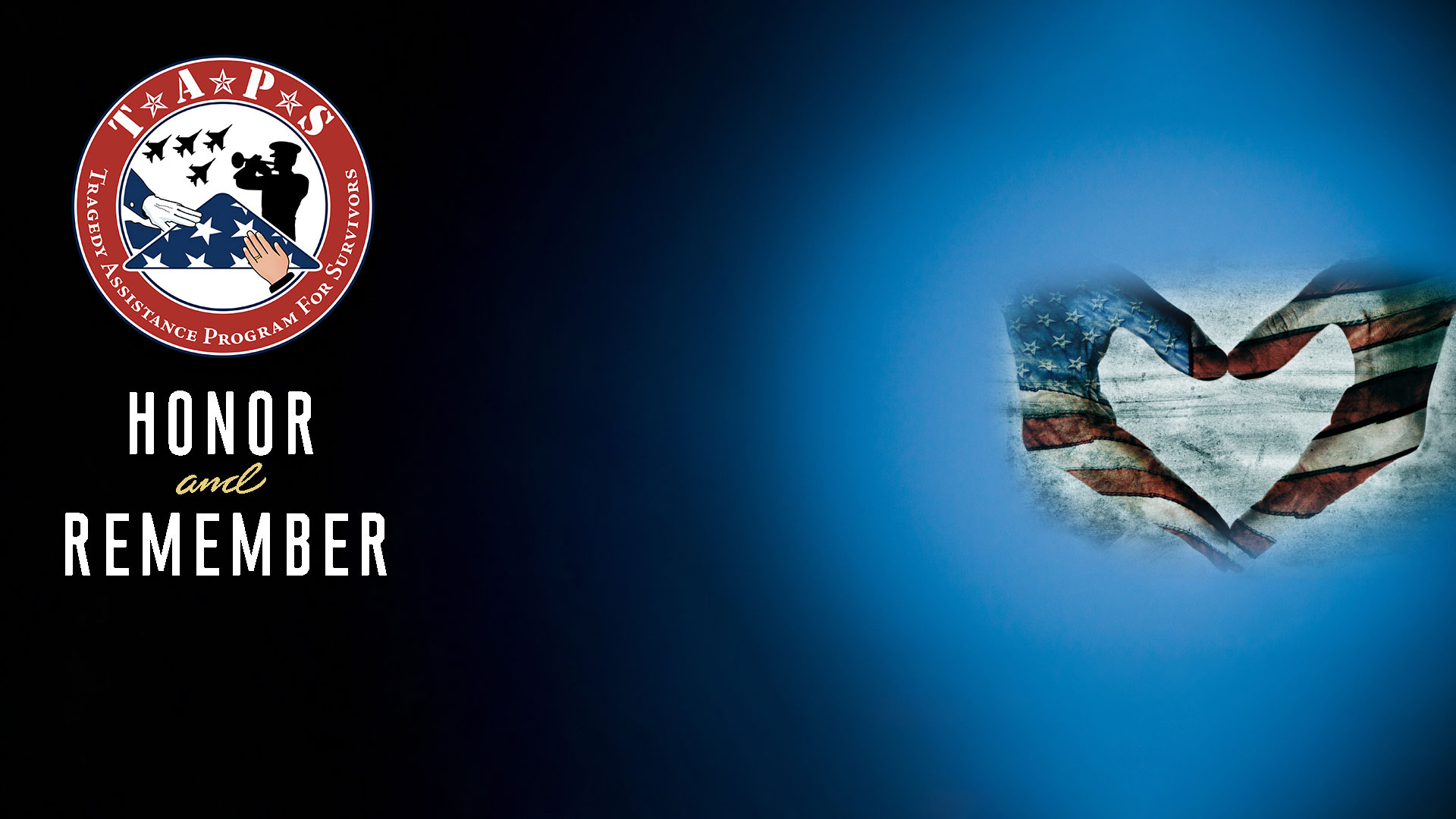 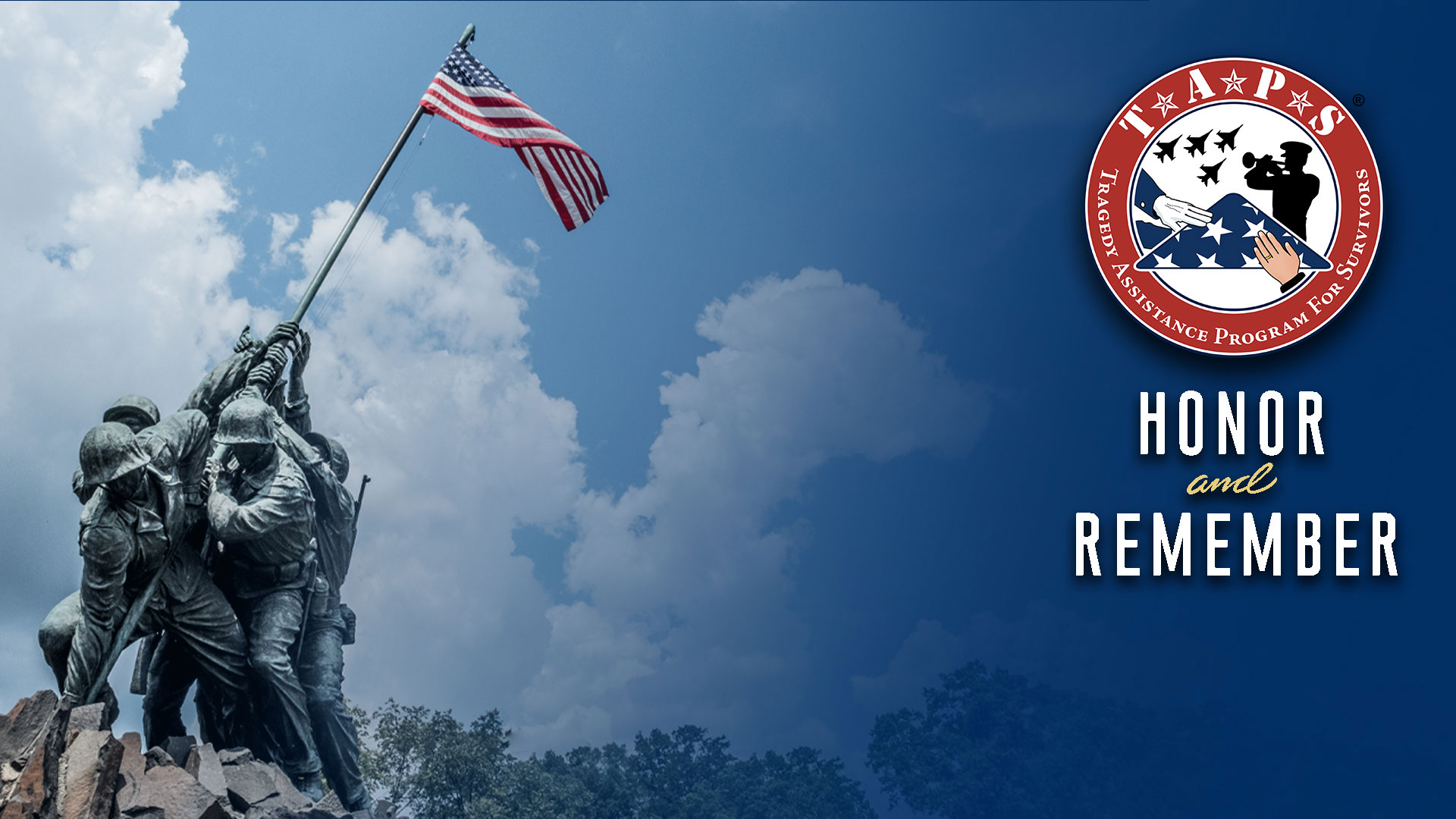 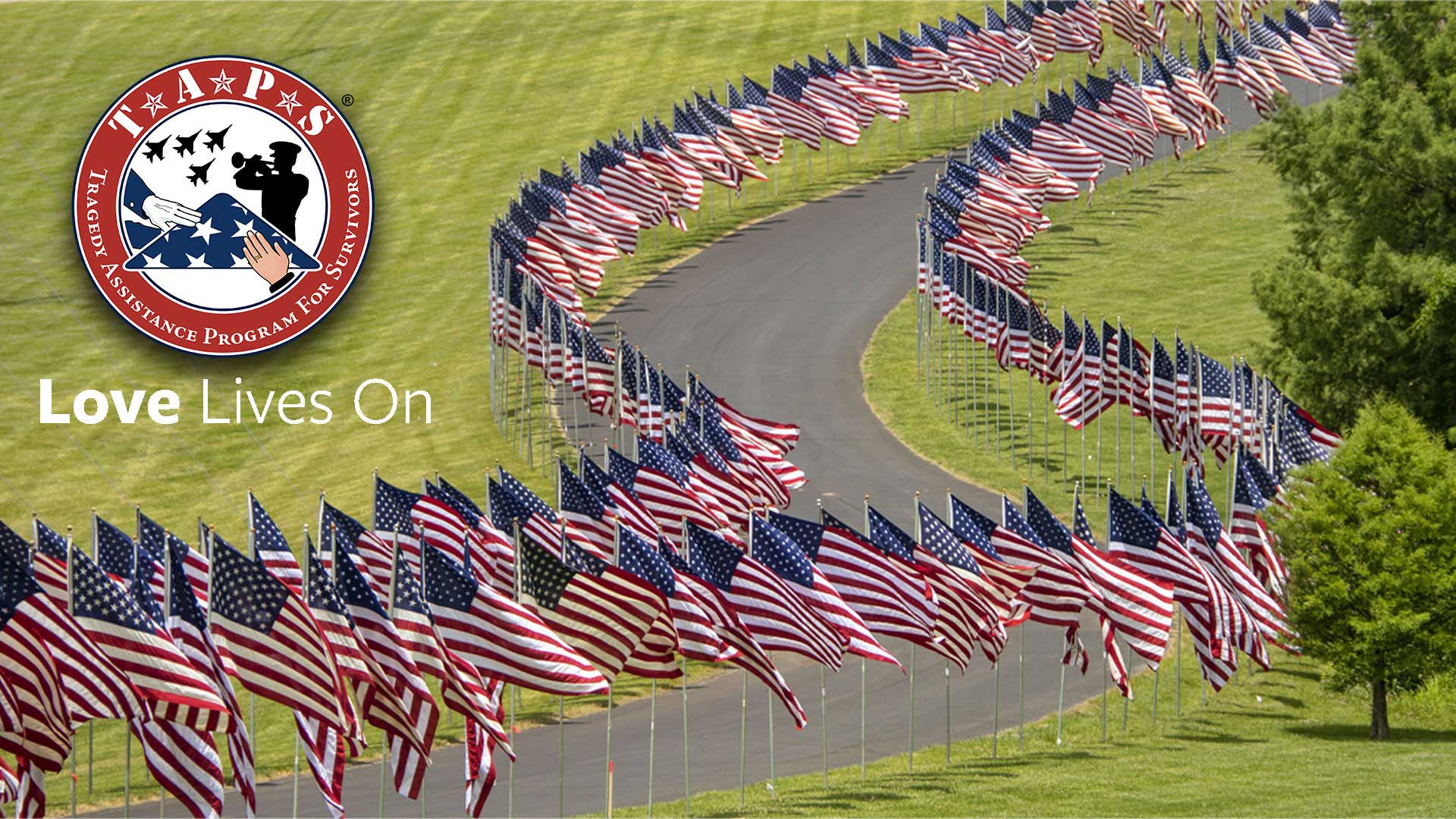 To add one of the virtual backgrounds above when you participate in a zoom session (with TAPS or anytime), right click on the image that you would like to use and save it to your computer. In Zoom, click the gear icon in the top right-hand corner to navigate to Settings. In the left-hand menu, click Virtual Background. Click the + icon to upload the image you selected and saved to your computer.

Let summer begin with our wonderful FLAT MENTOR adventure! Even though we are apart this summer, we can still be connected and have fun together! Kids can now take their mentor with them on all adventures. Be sure to document your time out with your Flat Mentor! Check out our video and learn how to request a Flat Mentor and how to create your own Flat Mentee! 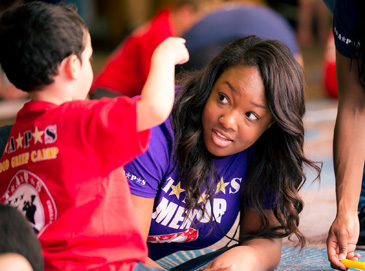