During the seminar, we are honored to have several distinguished leaders and celebrites join us. Below is a list of the hosts and special guests who will be in attendance.

Make sure to also download the TAPS Events app. Recommended session schedules for different grief programming and speaker information are all built into the easy-to-navigate app. 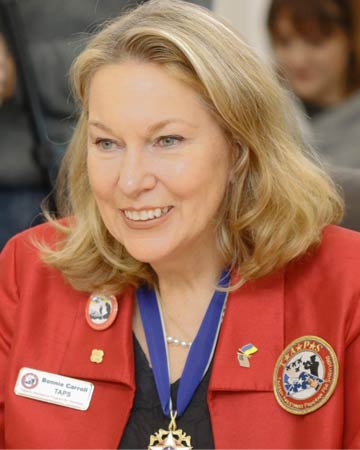 Bonnie Carroll is a recipient of the Presidential Medal of Freedom, a retired U.S. Air Force Reserve Officer, the surviving spouse of Brigadier General Tom Carroll, a former staffer in the Reagan and Bush White Houses, and the President and Founder of the Tragedy Assistance Program for Survivors, the leading national Military Service Organization providing comfort, care, and resources to all those grieving the death of a military loved one. Ms. Carroll founded TAPS following the death of her husband in an Army C-12 plane crash on November 12, 1992. 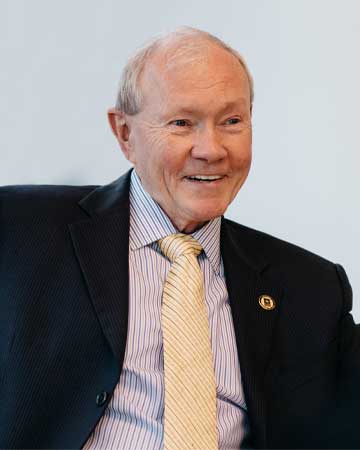 General Dempsey retired as the 18th Chairman of the Joint Chiefs of Staff in September 2015, after previously serving as the Army’s 37th Chief of Staff. Past assignments have taken him and his family across the globe during both peace and war from platoon leader to combatant commander. He is a 1974 graduate of the United States Military Academy and a career armor officer. General Dempsey’s awards and decorations include the Defense Distinguished Service Medal with Oak Leaf Cluster, the Distinguished Service Medal with three Oak Leaf Clusters, the Defense Superior Service Medal, the Legion of Merit with two Oak Leaf Clusters, the Bronze Star with “V” Device and Oak Leaf Cluster, the Combat Action Badge, and the Parachutist Badge. In addition to his Master's degree in English, he holds Masters' degrees in Military Arts and National Security Studies. Dempsey now brings his extensive leadership qualities to the Chairmanship of USA Basketball. Elected to the post by the board of directors, Dempsey will lead USA Basketball through the 2020 Olympics in Tokyo, Japan. General Dempsey and his high school sweetheart, Deanie, have three children who each have served in the U.S. Army. They have nine wonderful grandchildren. General Dempsey is a member of the TAPS Board of Directors.

General Dempsey's New Book: No Time For Spectators: The Lessons That Mattered Most From West Point To The West Wing 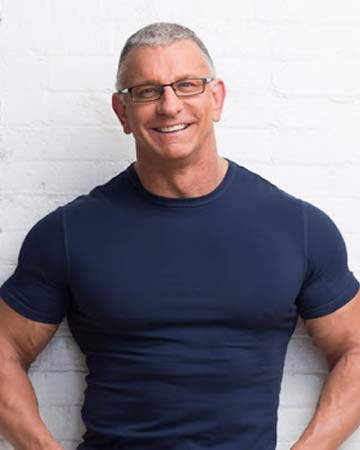 Robert Irvine is a 16 year Navy veteran, world-class chef, fitness authority, and philanthropist. He seeks to inspire people to live better through all his endeavors. A tireless supporter of our veterans, he gives back to those who defend our freedoms. Robert pioneered a new genre of programming for Food Network with his extreme cooking challenge show, Dinner: Impossible, which ran for 7 seasons and over 100 episodes. He parlayed that success into the even more popular Restaurant: Impossible, which ran for 13 seasons and 160 episodes. Robert didn’t just renovate restaurants and retrain staff in record time, he counseled owners through personal problems that were destroying their businesses. At its peak, 1.2 million viewers tuned in on a weekly basis. Robert has also hosted or appeared on Food Network’s Worst Cooks in America, Next Iron Chef, Restaurant Express, Chopped: Impossible, Guy’s Grocery Games: Impossible, A Hero’s Welcome, Food Network Star, ABC’s Body of Proof, ABC Family’s Melissa and Joey among others. 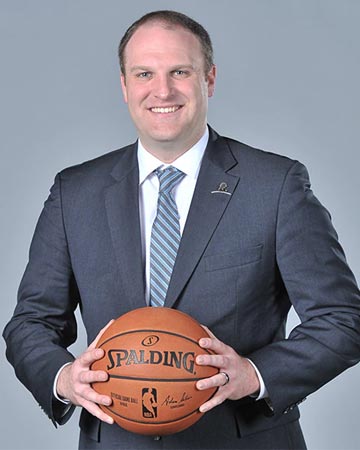 Session: Virtual Roundtable: Creating A Game Plan - We're All In This Together!

Taylor Jenkins is the current head coach of the Memphis Grizzlies of the National Basketball Association (NBA). He is one of the NBA’s youngest coaches and the only one not to play in college. Taylor played high school basketball in Dallas, Texas. He fell in love with coaching as an undergrad at the University of Pennsylvania. He spent most of his time in college working with a youth league that he helped start in West Philadelphia. He got his start in the NBA as an intern with the San Antonio Spurs. He was an assistant coach for the Spurs’ then–D League team and eventually their head coach. Taylor then spent 5 seasons with the Atlanta Hawks as their assistant coach and one season with the Milwaukee Bucks. In June 2019, the Memphis Grizzlies hired Jenkins as their new head coach. Taylor attended The Wharton School at the University of Pennsylvania and graduated with a Bachelor of Science degree in Economics while concentrating in Management and minoring in Psychology. He and his wife, Chantall, have three sons and one daughter. Taylor has been a good friend of TAPS since his first visit with us in 2017 at the National Military Survivor Seminar and Good Grief Camp. 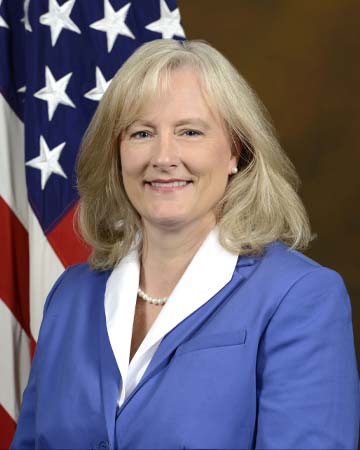 Hollyanne Milley has been a nurse for 32 years, spending eighteen years as a critical care nurse in hospital intensive care units and emergency rooms. During the last 14 years she has specialized in cardiac nursing, and is currently a cardiac nurse in Northern Virginia. Hollyanne has frequently volunteered with Remote Area Medical in the Appalachian Mountains, and supported approximately 3000 people in need who cannot afford medical care, with other doctors, dentists, and nurses. She also serves as a Red Cross Disaster Volunteer, assisting people and communities suffering from natural disasters, fires, and floods. She volunteered at the West Texas explosion site, and provided food and shelter to victims of the Fort Hood shooting as part of the Red Cross effort. At her local Red Cross Chapter she served as a triage nurse for victims of the Texas and Florida Hurricanes. Hollyanne has served as a Senior Advisor for many organizations, including the Red Cross, United Service Organizations (USO), Parent/School Liaison, Tragedy Assistance Program for Survivors, Easter Seals, and Army Emergency Relief, to name a few. While her husband was deployed she was also a liaison at Walter Reed, greeting all wounded 101st soldiers on arrival. Hollyanne has served as a Family Readiness Group leader at all levels of command. She always seeks opportunities to conduct community outreach and has done so with several organizations. 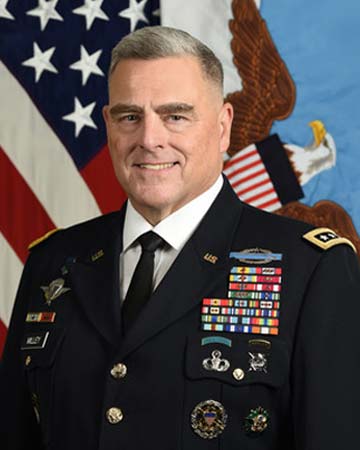 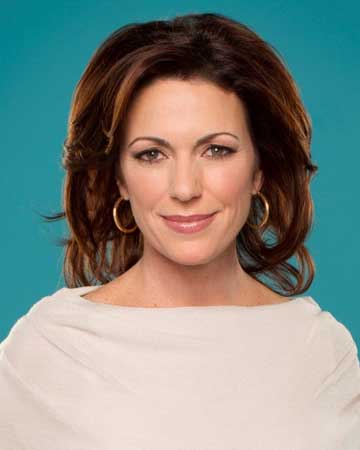 Kyra Phillips in an Investigative Correspondent for ABC News. She joined the network in April, 2018. An award-winning journalist, Phillips joined CNN in 1999 anchoring Live From, CNN Newsroom, American Morning, and moved to HLN in 2012 to anchor Raising America with Kyra Phillips, a daily interactive, investigative program that focused on news impacting the modern American family. She also led the network's 2012 election coverage. Throughout her career, Phillips has garnered exclusive interviews with some of the world's most public figures. Phillips has won two Peabody awards, six Emmy awards, and two Edward R. Murrow awards for investigative reporting. Additionally, she has won numerous Golden Microphones and other honors including the Bill Stout Memorial Award for enterprise reporting. Kyra Phillips has been a supporter of TAPS for many years most notably the co-host of TAPS Honor Guard Gala. 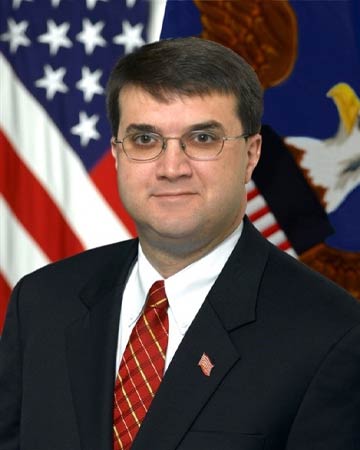 The Honorable Robert Wilkie was nominated by President Trump to serve as the tenth Secretary of Veterans Affairs. He was confirmed by the United States Senate on July 23, 2018, and sworn in on July 30, 2018. Mr. Wilkie previously served as the acting Secretary of VA from March 28 to May 29, 2018. Before confirmation as VA Secretary, Mr. Wilkie served Secretary James Mattis as his Under Secretary of Defense for Personnel and Readiness—the principal advisor to the Secretary and Deputy Secretary of Defense for Total Force Management as it relates to readiness, National Guard and Reserve component affairs, health affairs, training, and personnel requirements and management, including equal opportunity, morale, welfare, recreation, and the quality of life for military families. The son of an Army artillery commander, Mr. Wilkie spent his youth at Fort Bragg. Today, he is a colonel in the United States Air Force Reserve assigned to the Office of the Chief of Staff. Before joining the Air Force, he served in the United States Navy Reserve with the Joint Forces Intelligence Command, Naval Special Warfare Group Two, and the Office of Naval Intelligence. Mr. Wilkie has more than 20 years of federal service at the national and international levels. Mr. Wilkie holds an Honors degree from Wake Forest University, a Juris Doctor from Loyola University College of Law in New Orleans, a Master of Laws in International and Comparative Law from Georgetown University, and a Masters in Strategic Studies from the United States Army War College. A graduate of the College of Naval Command and Staff, Air Command and Staff College, the United States Army War College, and the Joint Forces Staff College, Mr. Wilkie has published articles in the Naval War College Review, Parameters, Armed Forces Journal International, Air and Space Power Journal, and Proceedings. He holds personal and unit decorations, as well as the Defense Distinguished Public Service Medal, the highest noncareer civilian award of the Department. 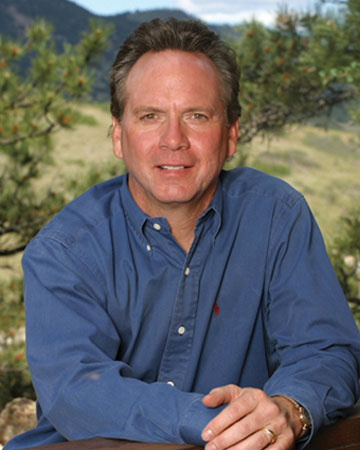 Dr. Alan Wolfelt serves as Director of the Center for Loss and Life Transition and has written many books that help people mourn, including Healing Your Grieving Heart After a Military Death (co-authored with TAPS President Bonnie Carroll.) Perhaps best known for his model of "companioning" versus "treating" mourners, he is committed to helping people mourn well so they can live well and love well. Dr. Wolfelt presents numerous educational workshops each year for hospices, hospitals, schools, universities, funeral homes, community groups, and a variety of other organizations. He also teaches the bereavement caregiver trainings in Fort Collins, Colorado. He is a popular media resource who regularly provides his expertise to many top-tier television shows, newspapers, and magazines. A past recipient of the Association for Death Education and Counseling’s Death Educator Award, Dr. Wolfelt is also a faculty member of the University of Colorado Medical School’s Department of Family Medicine. 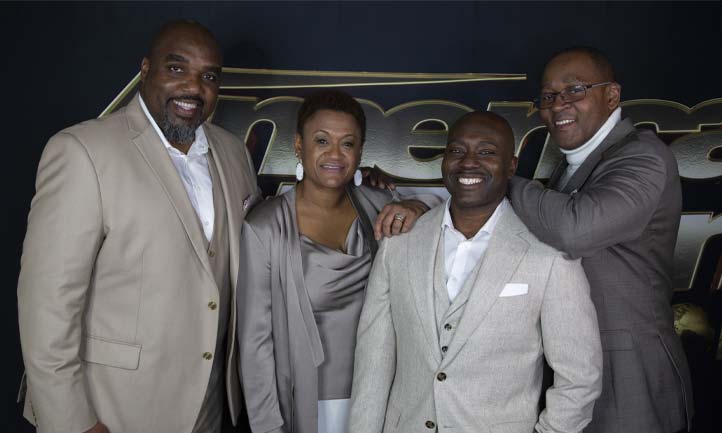 Voices of Service uses their platform to increase awareness of what music can do, for service men and women who are coping with post-traumatic stress and other invisible/visible wounds. They have been singing together seven years and now their journey and purpose has now reached a new dimension. After their successful competition in Season 14 of America’s Got Talent placing fifth, they have been able to create national awareness to the struggle our service members, veterans and their families go through when dealing with visible and invisible injuries. They represent the excellence that exists within our military and veteran communities and are an inspiring example for the nation that they serve, have served, and continue to serve through music. See Voices of Service on Facebook. 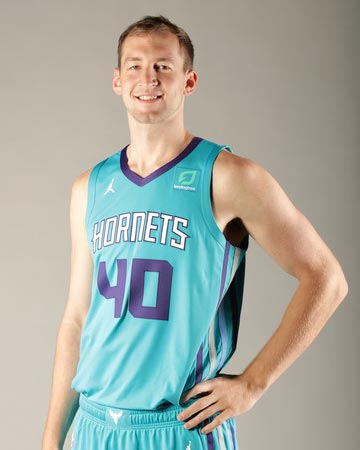 Session: Virtual Roundtable: Creating A Game Plan - We're All In This Together!

Cody Allen Zeller is a center for the Charlotte Hornets of the National Basketball Association (NBA). In high school, he was named Mr. Basketball (honor recognizes the top high school basketball player in the state of Indiana) and played college basketball for the Indiana Hoosiers. Zeller was selected with the fourth overall pick in the 2013 NBA draft by the Charlotte Bobcats, now the Charlotte Hornets. Zeller is from Washington, Indiana and the nephew of former NBA player Al Eberhard. He is the youngest of three and his brothers, Tyler and Luke Zeller, who both played in the NBA as well. Cody first got involved with TAPS at the 2019 National Military Survivor Seminar and Good Grief Camp. He is the founder of "Like a Child" Foundation and a generous supporter of TAPS! 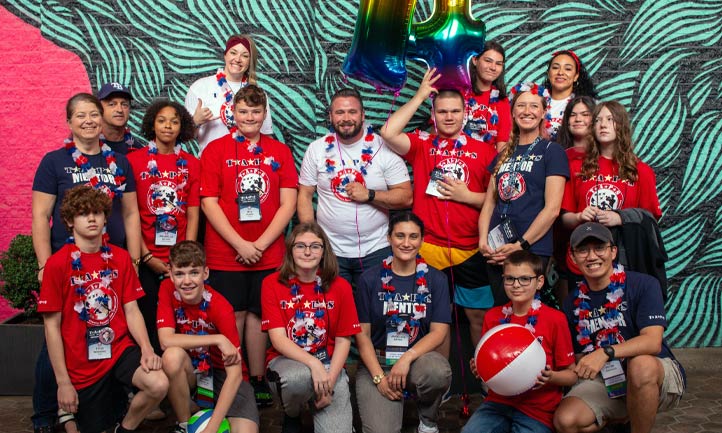