This holiday season, TAPS is honored to work with Toni Trucks and Military Made as part of a special holiday gift box. Military Made is the first subscription box to exclusively feature products from veteran, active duty, and military spouse-owned businesses. Trucks, best known for her role on the military drama, SEAL Team, has carefully selected products from veteran and military spouse-owned businesses to bring family and friends together as well as highlight the diversity and creativity found within the military community. 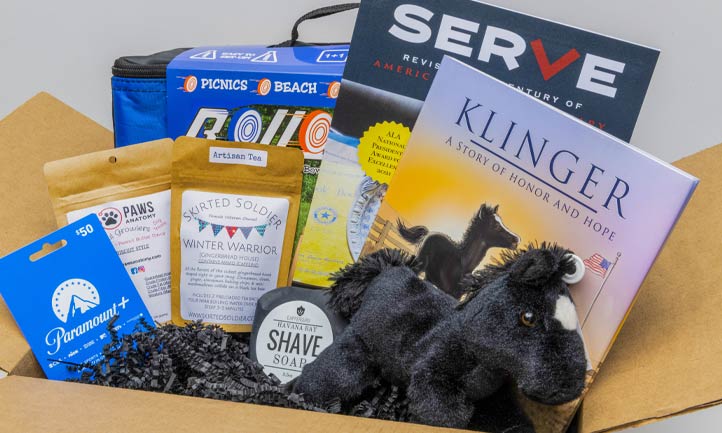 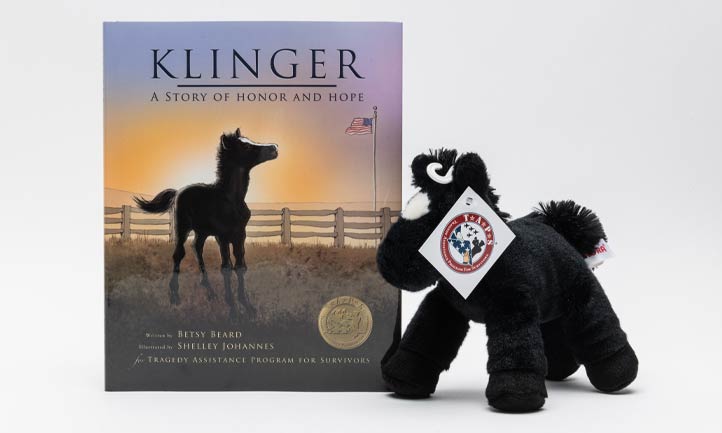 "Partnering with Military Made to curate this holiday box felt like a beautiful way to donate my time" said Trucks. "It was a nice way to reimagine holiday gift giving while celebrating Veteran and Military Spouse owned businesses. Supporting their transition from military life to creative entrepreneurship is a wonderful way to give back this holiday season."

For Military Made's Holiday box, TAPS is sharing Klinger, a book based on the eponymous, real-life horse serving in the Caisson Platoon in Arlington National Cemetery, plus a companion stuffed animal. The book was written by Betsy Beard, the former TAPS magazine editor and surviving mother of SPC Bradley Beard, U.S. Army. The real Klinger, meanwhile, is still serving in the Caisson Platoon and is much-beloved by children who visit him as part of the TAPS Good Grief Camp in Arlington, Virginia.

A part of the proceeds from Toni's Holiday Box will be donated to TAPS!