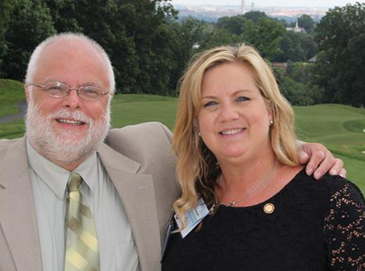 Marie became involved with TAPS after the loss of her husband, Air Force Sgt. Dee “Soup” Campbell, who was killed with 18 of his Air Force comrades in the 1996 Khobar Towers terrorist bombing in Saudi Arabia. She first volunteered with TAPS as a peer mentor to fellow military survivors. She assisted with the growth and development of Team TAPS and served as a TAPS ambassador to educate others on the programs and services that TAPS provides to surviving military families. She has also worked with TAPS' youngest survivors as a group leader at TAPS Good Grief Camps. After nearly 12 years as a volunteer for TAPS, Marie became a full-time staff member in 2009.

Marie graduated with a Bachelor of Fine Arts in Radio/Television/Film from Sam Houston State University in 1990, and received her master’s degree in Elementary Education from the University of Texas at Arlington in 2001. Prior to working for TAPS, Marie served for nine years in the humbling position as a second grade teacher. She lives in Arlington, Virginia.